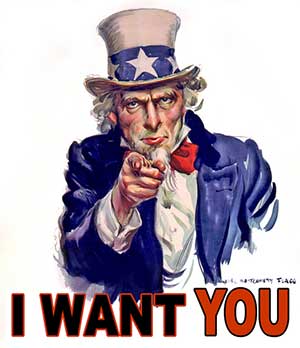 So I’m online filling in my application for an I-Visa so I can travel willy nilly through the USA without pretending I’m just having a holiday. (Although, some might say that since I don’t actually do any real paid work whilst cavorting gaily through the Land of the Free and Home of the Brave I could just go in on the NZ Visa Waiver scheme.) The visa costs about $180 and lasts 5 years.

It is a conundrum. Half the time the scary and officious customs officials don’t even know which I should use. Bottom line though, as I was told by one gun-wearing customer officer, I should use my visa because “if there was another 9-11, you can’t tell me you wouldn’t report it.” Fair point.

So I’ve got my passport photo (hair tucked behind ears, no smile, scarf off in case my neck is wrong) and today I was filling in the blanks when I come to the YES/NO boxes.

Hint: if you want to stand any chance of possibly being granted this I-Visa, and not have a soldier take you out at gun point ALWAYS check no.

Here are the actual questions with no embellishment from me – save for the bold type!

* Have you ever been arrested or convicted for any offense or crime, even though subject of a pardon, amnesty or other similar legal action? Have you ever unlawfully distributed or sold a controlled substance(drug), or been a prostitute or procurer for prostitutes?

* Have you ever been refused admission to the U.S., or been the subject of a deportation hearing or sought to obtain or assist others to obtain a visa, entry into the U.S., or any other U.S. immigration benefit by fraud or willful misrepresentation or other unlawful means? Have you attended a U.S. public elementary school on student (F) status or a public secondary school after November 30, 1996 without reimbursing the school?

* Have you ever violated the terms of a U.S. visa, or been unlawfully present in, or deported from, the United States?

* Have you ever been afflicted with a communicable disease of public health significance or a dangerous physical or mental disorder, or ever been a drug abuser or addict?

I mean c’mon – has anyone EVER checked yes to these questions? You’d hope there are other ways to catch out the baddies!