Air Pacific airline is getting ready to morph into Fiji Airways complete with new aircraft, new routes and a new logo – and a great introductory fare to Los Angeles. (See the end of this blog)

They’ve bought their first wide-bodied aircraft, the Airbus 330-200, with all the bells and whistles we’ve become accustomed to on the new Airbuses.

Economy class will be configured 2-4-2 (check in early to get those window seats!). Each seat will have its own Panasonic screen and power outlets for charging your phone, iPad, laptop, etc. You’ll have 23kg for check-in luggage and 7kg for carry on and the lighting is designed to simulate sunset and sunrise so you can gradually come to after your sleep. 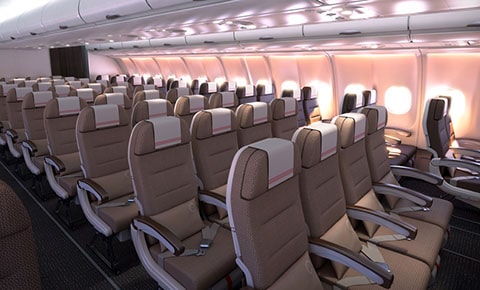 Business class is configured 2-2-2 with a 60″ seat pitch, it has bigger screens than economy as well as the power outlets. Passengers up the front will get 3-course meals and have 30kg for check-in luggage and 10kg for carry on. 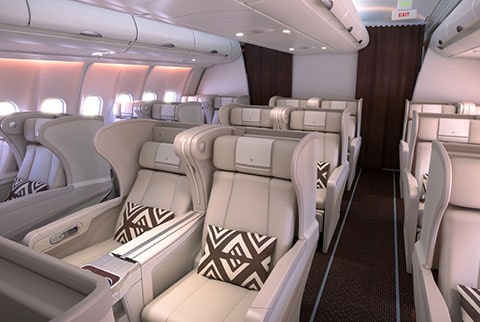 The fancy seats on Fiji Airways

The new Fiji Airways takes off mid-2013 but fares are available from Auckland and Christchurch to 15 destinations in 10 countries, via Nadi as the hub, including Honolulu, Los Angeles, Hong Kong and all around the Pacific.

They are also part of the Qantas Frequent Flyer program so redeem away!

UPDATE: Since this deal expired, and even better one is in the market – $1399. Here is my blog with a list of cheap flights to LA from NZ on right now incl Fiji Airways.