The RTO (Regional Tourism Organisation) NZ Conference put on by Miles Media to discuss Online Marketing Capabilities in the mighty metropolis of Masterton, has wrapped. Phew – I need a wine!

A cluster of tourism reps from the top of NZ to the bottom, all descended on Wellington then took a bus over the Rimutakas, stopping only once for a piddle and a chuck. (We pretended not to notice!)

So as the sun shone outside in the Wairarapa’s most stunning day in a while, we clung earnestly to every word uttered by a great calibre of speakers from TripAdvisor, Google, Think Social, TravelBug, Cabbage Tree, Quest Video, InterCity, Air NZ and me. Yes me. Apparently I’m the queen of content… 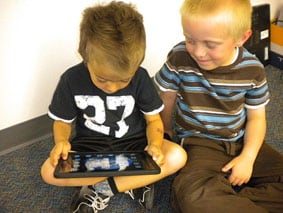 Tablets are the way of the future! Flickr: Flickingerbrad

Anyhoo – here are a few of the pointers and higlights that leapt out at me as we as an industry dedicated to travellers try to stay one step of the online and mobile future that lies ahead:

• Emerging markets to be thinking about are China, Japan and Germany (do RTOs need to consider language options?)

• Ela Wolski from TripAdvisor says the most common use of social media is photo sharing.

• 81% of travellers in a TripAdvisor survey said reviews were important. 75% said their holidays were better because of opinions read.

• New Zealand is searched more often on TripAdvisor than Australia, America or Canada.

• How to deal with bad TripAdvisor reviews? The majority of users (71%) agree that seeing a manager respond to a comment is important. Note: Do respond. Do attempt to put complaints right. But realise that users are not going to base their opinion on one bad review. They’re smarter than that.

• TripAdvisor Restaurant reviews are low in New Zealand. These are highly sought after yet few have embraced social. Prices seem expensive to the average American tourist. We need to do a better job of explaining that New Zealand prices are totally inclusive – no sales tax or tip added later.

• Cute stat: Just the planning of a holiday boosts traveller happiness for 8 weeks!

• Daniel Bridges from BookIt announced that they will have a mobile app up and running by Feb 2012. This is good news for the vast percentage of travellers who are looking for online info as they go.

• Dave Serino from Think Social (all the way from Michigan and sporting an attractive moon boot after a situation involving running, jandals and a ball) says an internet user decides in 5-8 seconds of landing on your site whether they’ll take any further action.

• He added, the more activity you you have on Facebook (likes, comments, shares), the more likely it is you will appear in your friends/fans news feeds.

• Hamish Lowry of Quest Video says video is a huge juggernaut that is hooring towards us and we need to be prepared. Too many sites use video that is too long and doesn’t tell a compelling story. If you’re using video on your website, 90 seconds is optimal. If you have more content than that, create a series of 90s stories.

• 20% of NZers have smartphones and by 2013 they reckon half of us will have one. However we’re still behind the US and Japan so we can look to those countries to see what trends are coming.

• Darren Keppie from Google AU/NZ says in the US right now, 1 in 4 Android users are searching using voice technology. Wow!

• Here are 4 key mobile trends for what travellers are looking for: (Think about how your website is catering to these)

3. Near me (looking for restaurants nearby, etc)

I’d be keen to read your thoughts in the comment section so please, knock yourself out 🙂