Category: USA What to do
Tags: Miami South Beach

Even the seasonally unusual rains couldn’t stop us from having a blast in South Beach, Miami!

I was last here about seven years ago after a Caribbean cruise with my sister and then a weekend with friends who’d flown from as far as Virginia and my bro in the Cayman Islands. This time I noticed lots of changes particularly in newly restored Art Deco hotels that line the beach front, Ocean Drive, and the parallel streets of Collins and Washington.

Miami is the Art Deco capital of the world and none more so than here on South Beach with 1930s and ’40s designs are luxuriously turned into apartments, hotels, bars and shops.

We stayed at The Hall, formerly Haddon Hall, built in the 1940s and still with its original monogramed tile floor at the entrance. This new 164-room, 3-star incarnation has only been open a month and a half and has the largest pool in South Beach. (They say it’s Olympic sized, but I’m not so sure!) 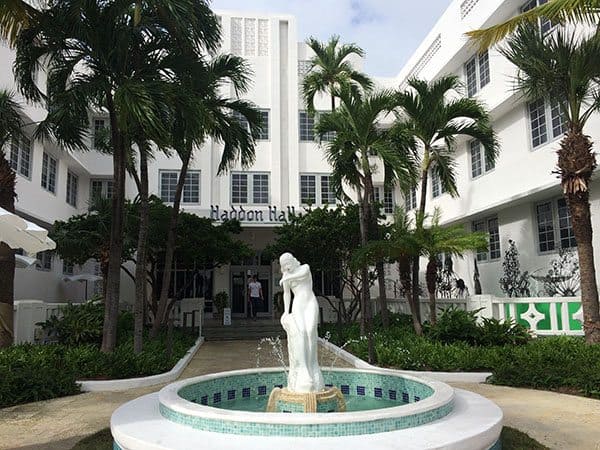 By the way, three stars? Don’t panic. It’s a very cool hotel whilst not pretending to be a five. Its target demo is young people here for a great time on South Beach (me!) – as evident in the beach bags in your room, the splashes of quirky cushions on triple-sheeted white beds, pops of colour and texture, a juice bar and a tribal-influenced moody cocktail lounge.

Creative architect Rob McKinley has worked his magic on a canvas that manages to exude a beachy vibe while still being elegant. The Hall now incorporates four buildings and we were staying in former apartments, now huge studios with two queen beds and a big enough sofa that we fit three into the room easily. My brother flew over from the Cayman Islands for the weekend to see the cuz and me on our three-week US Adventure. He knows Miami well and was on a mission to shop for his pregnant wife, the new baby and of course, Santa’s obligations for the six year old.

Former Top Chef contestant Spike Mendelsohn (they get great jobs from the show in America!) will open the new restaurant, Sunny’s, and also be responsible for the huge beer garden that is still being built on the Washington Street side under a massive banyan street, strung with lights and surrounded by outdoor furniture with its own restaurant and bar. Just across the road from this spot is the hugely popular Espanola Way for delicious Latin tastes.

My brother was keen to begin his shopping right away the next morning, so we were happy to follow him around and started with Lincoln Road, just two blocks from The Hall, which is lined with shops and restaurants and juice vendors set up on the pedestrianised middle. In fact we also had delicious guacamole made at our table the night before at Rosa Mexicano in 1111 building here. I can totally recommend if you’re in the mood for Mexican!

The Hall is located on 1500 Street and Collins and spans the whole block between Collins and Washington. It’s smack-bang mid-beach and is ideally located for walking in the other direction for a night on the tiles (and an Uber home). 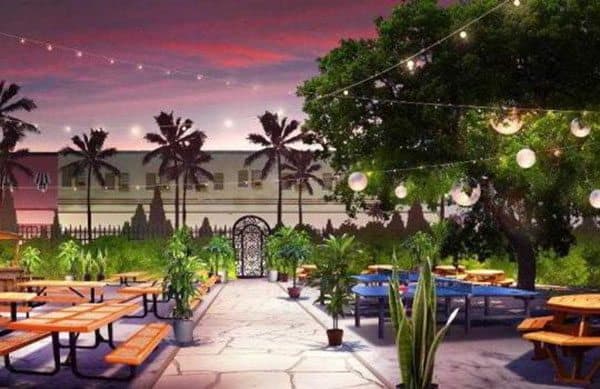 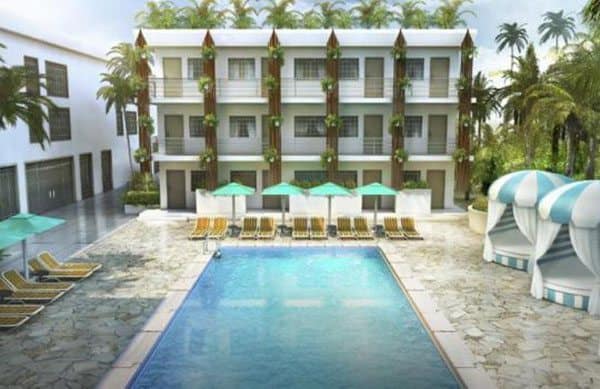 The biggest pool in South Beach 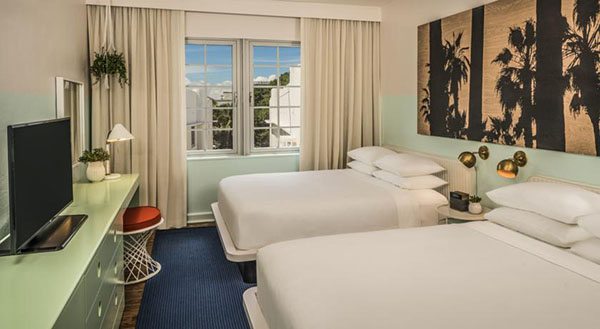 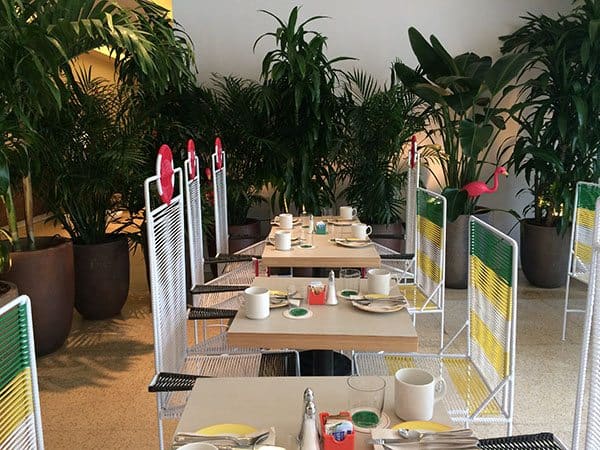 The quirky 1960s/70s furniture in the lobby restaurant

Check out more about The Hall here >>

"Miami: where to stay in South Beach!" - What do you think?