New Zealand’s prime minister did a great job even though David Letterman had a power thing going by having him stand in the middle of the set rather than sit on the couch. He also quipped to his muse Paul Shaffer that he didn’t know what John Key was there for as he did his little paper shuffle routine.

But Key did a good job delivering the Top Ten List of why you should Visit New Zealand.

Except, uh oh: #10 = Auckland Airport has a Cinnabon. Actually there isn’t. The Cinnabon website doesn’t even  have NZ on it. (Do I hear the sound of a speechwriter packing up his things?) 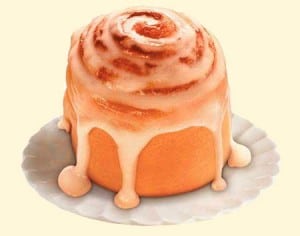 He did get a laugh though with, ‘we drive on the left just like the English – and Lindsay Lohan’, and he also offered to personally pick up any American from the airport in the next 30 days. Gulp. Go you Minister of Tourism!

I wonder if the big brown cinnabon blooper will hit the media fan….

"Prime Minister John Key’s Letterman blooper" - What do you think?