So to really get amongst some A-list action, there are a few favourite bars, clubs and restaurants celebrities love to frequent and some that are even owned by the gliteratti.

Here’s some inside information on recent sightings of Hollywood’s hotties where you can hang out like a groupy to spy on the famous faces that drop by. 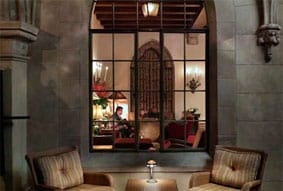 Chateau Marmont, West Hollywood,  has been the discrete hideaway of movie stars since it opened in 1929. It’s also the place where Blues Brothers star John Belushi overdosed in 1982. Robert Pattinson and Kristen Stewart were recently seen here (although probably won’t be again…) and you should also look out for Jennifer Aniston, Lindsay Lohan and Charlize Theron. 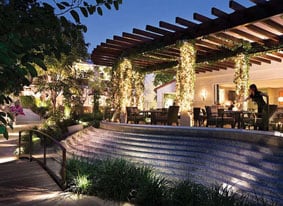 Sunset Marquis, West Hollywood, is where rock stars come to record their albums. A working studio and the very cool Bar 1200 are the reasons why Justin Timberlake, Madonna, Green Day and Red Hot Chili Peppers have recorded here. This is also the spot for love as Foo Fighters’ Dave Grohl met his wife Jordyn here and U2 and the Rolling Stones pop in as guests. 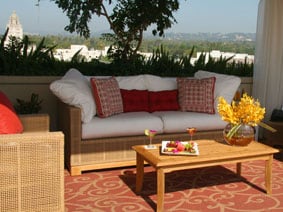 L’Ermitage, Beverly Hills, is a hidden spot for stars recovering from their surgical procedures. Michael Jackson and Liz Taylor did just that, as it has a private VIP entrance so they can deny all knowledge of the surgeon’s hand. Angelina Jolie has conducted interviews here and Jennifer Aniston and Adam Sandler filmed scenes from their latest movie Just Go With It. Also look out for Penelope Cruz, Melanie Griffith and Patricia Arquette. 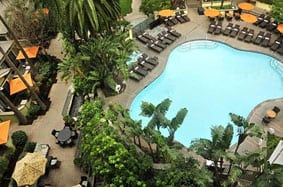 Fairmont Miramar, Santa Monica, has secluded bungalows so celebs can slip in and out at leisure. The Great Race’s Phil Keoghan is often seen here as he lives in the neighbourhood. Denise Richards filmed her reality show It’s Complicated here – and moved in for season two. This hotel is over 100 years old so if its walls could talk they would tell tales of Greta Garbo, JFK, High Hefner and Paul Newman. 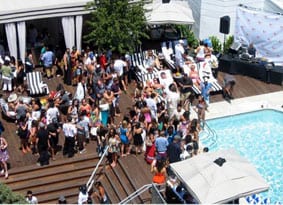 Hotel Shangri La, Santa Monica, is recently refurbished and on the waterfront with killer sunset views from the rooftop bar, Suite 700. Its secluded pool and outdoor lounge hosts DJs on weekends and Tom Cruise, Sean Penn, Diane Keaton and Bill Murray have all been seen wining and dining here. It’s also a stone’s throw from Megan Fox’s place so keep your eyes peeled.

So get your cameras charged and have fun!