While the old stone cathedral sits unceremoniously dumped by the forces of nature in a heap in Cathedral Square, a new cardboard phoenix is slowly emerging to provide at least a temporary home for worshippers.

But after seeing the plans and hearing about famed Japanese architect Shigeru Ban’s other projects around the world, I reckon this “Transitional Cathedral” will be an iconic building in Christchurch. Shigeru is most well known for his creative architecture for emergency areas. He has overseen paper log houses built in Kobe and Turkey, schools in China and temporary shelter in Haiti.

But he is also highly sought after for commercial builds. For every one commercial project he can donate his time and plans to 3 emergency/disaster relief builds. And that is what he’s done for Christchurch. This building will be built 100% to code and has a life span of 50 years, and while they have a 10 year agreement to occupy on this site, I have a sneaky feeling it’ll be there for a few more years than that.

Rev Craig Dixon, from the Christchurch Cathedral, read an article about Shigeru’s work in Urbis Magazine. He made contact and flew the Japanese architect out here and thus began this exciting project. Ground was broken in July and the building is scheduled to open in January or February 2013. The insurance money will cover $4 million but an extra $2.5million is needed to build some the buildings for offices, seating and furnishings.

It would obviously be best to do this all at the time of the build, so the challenge is on to raise the extra cash. Me, I reckon they should find out who’s here for the Mission Concert in Napier in February and get them to come and do a fundraising concert here… (but I digress).

The finished building will seat 700 and while the acoustics are unknown, I say lacquer those cardboard pipes and sing like you’re in a tunnel!

I’m a fan. The building is a sign of hope for the city. It’ll be up in the summer and groups are already lining up to have events in here.

Of course, like any ambitious project it has its knockers, but I think it’ll be an iconic piece of architecture and will be a tourist attraction in its own right. A bit like the Eiffel Tower that was initially built for the 1889 World Trade Fair and is still there today.

Jump here to the Cardboard Cathedral website for more info >>>

Filling the gaps with whimsy in Christchurch
← Read Last Post 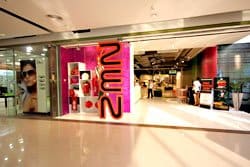