After five years of calling Melbourne home, guest blogger Catherine Sietkiewicz, has come up with a pearler of an idea for a whole new suburb. Welcome to NoSo!

A long standing sibling rivalry exists between Melbourne’s inner northern and southern suburbs divided by the murky no-mans-land of the Yarra River.  The inner North in suburbs such as Northcote and Fitzroy, where I call home, is the present day Mecca of the “creative type.”

Around my neighbourhood, Arts Degrees grow on trees ready to be plucked by bearded, double-denimed fixie riders, while south of the Yarra suburbs such as Toorak and Prahran conjure mental images of spray tans, Southern Cross tattoos, and leggings worn all too frequently as pants. 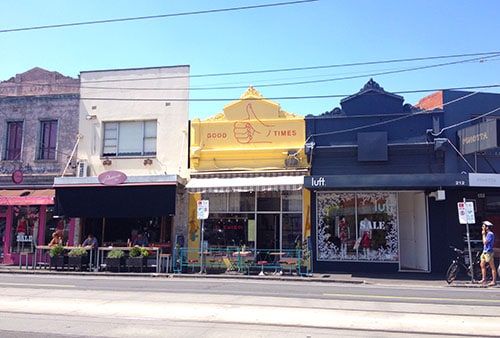 However, I think I’ve solved the problem. I have mentally drafted the blueprint for a new Melbourne suburb – The North of The South. NoSo. My new locale will feature all the wonderfully quirky delights of living in the inner-north of Melbourne, but be situated south of the Yarra, close to the sea. I believe in Sydney they call this place “Glebe,” but I’m sure mine will be just as *nice.

Some have suggested St Kilda is the answer to my yearning for urban Victorian seaside utopia and, though I can see the comparison, it still falls short of scratching my North-meets-South itch, and fails to properly acknowledge these two hipster-laden hot-spots as characteristically unique localities. I suppose it has to do with the feel of the place, or as Dennis Denuto so succinctly put it in that beloved Australian documentary The Castle, “it’s the vibe of the thing…”

NoSo will be a safe haven for us pale, vitamin-D starved artsy types, long intimidated by the bronzed, Adonis’ and Aprhrodites’ who pepper the St Kilda foreshore. I’d also make sure the pier was a little shorter too, it really is an awfully long walk for a sub-par flat white, isn’t it? 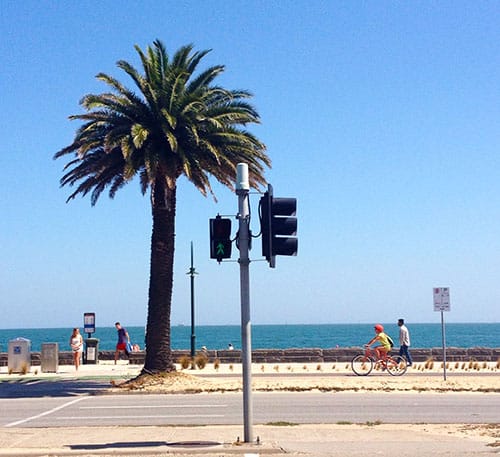 The North of The South will waft with the fresh ocean breeze of South Melbourne Beach, and boast all of my favourite places that feature as a part of my quintessentially village-style community here in humble North Fitzroy. The Moroccan Soup Bar will be there complete with Hana guarding the, almost mythical, recipe for her famous chickpea bake. Cafe BÜ will feature with it’s South American lime-green walls and cosy roof-top, serving superb coffees beneath the shade of vintage umbrellas, and my all time favourite shop, Tiger & Peacock, will stock its stunning collection of fashion and homewares just a stones’ throw from the shoreline. You’d even be able to buy one of those mind blowing raspberry danishes from Loafer Bread to satisfy your sweet tooth, then sneak out to Neighbourhood Wine for a night cap to dust off the day. 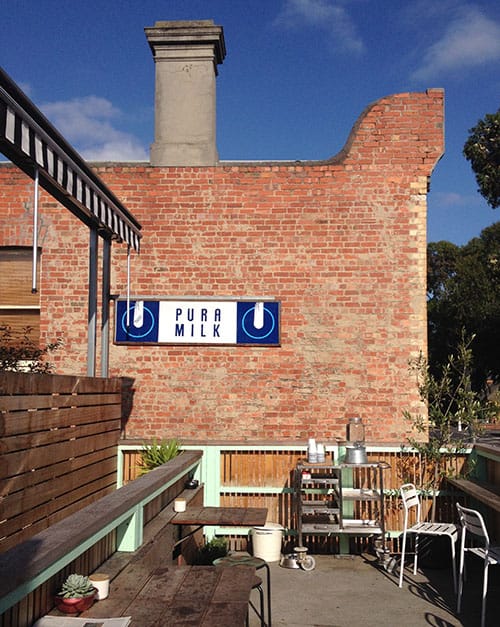 You can’t beat the rooftop at Cafe Bu

Admittedly, pocket-sized Elwood does give my new suburb a run for its money, but even though it sports the insanely cute Lune, which is a game changer of a patisserie if ever I saw one, it’s just lacking the concentrated, raw, organic, left-wing, beating heart of the inner-North that I love so dear.

It may sound pie in the sky, it might even sound like inner-Northern heresy! But I want my North with a side of South, and if we can’t bring the ocean to Edinburgh Gardens, I’ll damn well campaign for my Edinburgh Gardens of the future to be brought beside the sea.

(*NoSo will be better than Glebe. I’ve been in Melbourne for five years now, and we can’t have the Sydney-dish running away with the culture-spoon now can we?)