As the rain came down, I stood among the media throng waiting on the grounds of Government House in Wellington for Their Royal Highnesses the Duke and Duchess of Cambridge (for those are their official titles) in the hopes that we would also catch a glimpse of Prince George. 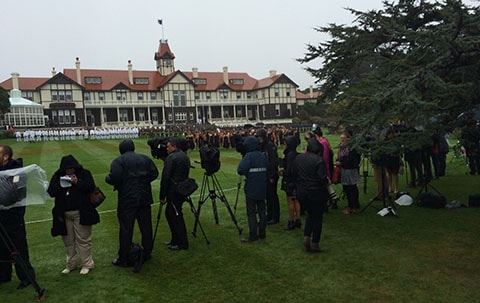 The weather had been so foul that there was some question as to whether the flight would even land in Wellington or perhaps be diverted to the Ohakea Air Base in Palmerston North. But finally, the pilot decided he was confident enough to bring the 2nd and 3rd in line to the throne into Wellington and they landed. 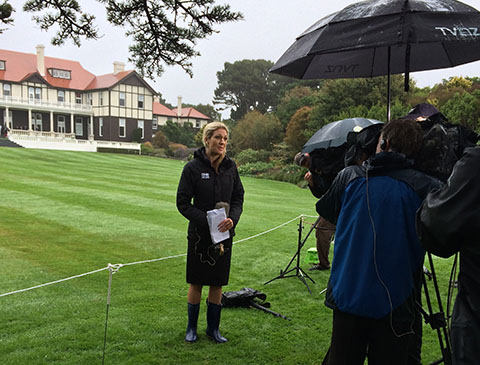 Renee Graham from TVNZ does a live cross as we wait…

Meanwhile we’d been standing here for two hours. Fortunately I was sensibly wearing hiking boots and some local TV presenters had gumboots on. For the foreign media who had packed only their pretty clothes, it was a miserable start to the royal visit. 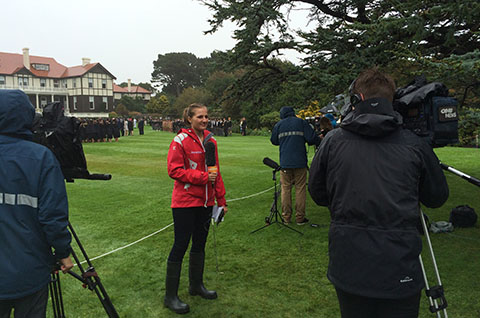 TVNZ Breakfast gets their piece to camera in the rain

Our hopes rose when the military marched on and the band played, but it turned out that was just to get into position and have a little practice with at least an hour to go. 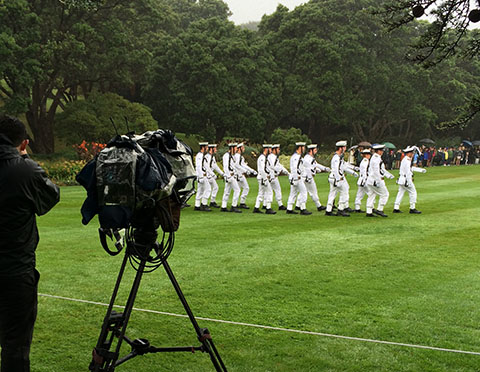 The kapa haka Maori performance group stood stock still in bare feet with not a cardy in sight for two hours, and a lucky group of youngsters from Te Aro school, whose names were drawn out of a hat to attend, stood patiently waiting too.

Then finally the motorcade arrived and William and Catherine were officially welcomed to New Zealand, first with a powhiri – a challenge from a Maori warrior to see if they come in peace.

They were given the translation by Maori elders so they knew what the heck was going on. Of course William has done this before, but this is Kate’s first visit to New Zealand. 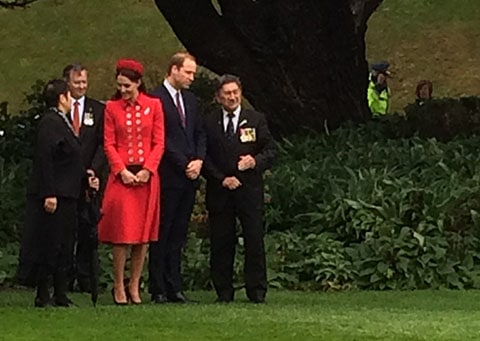 Having the whole thing explained!

The symbolic leaf was laid on the ground and the prince stepped forward, maintaining eye contact with the warrior, and picked it up, symbolising he comes in peace. 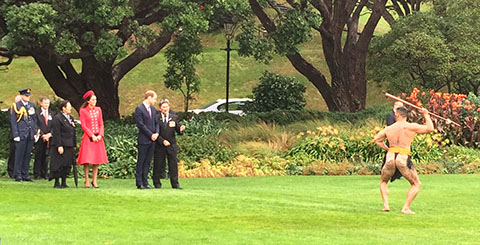 With shouts and shrieks, the Prince must accept the challenge 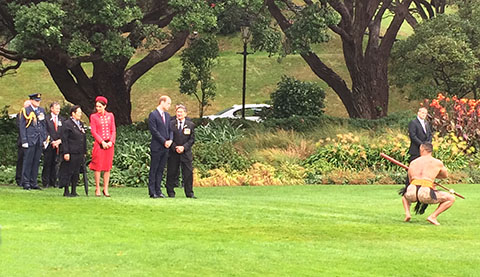 The leaf is laid down 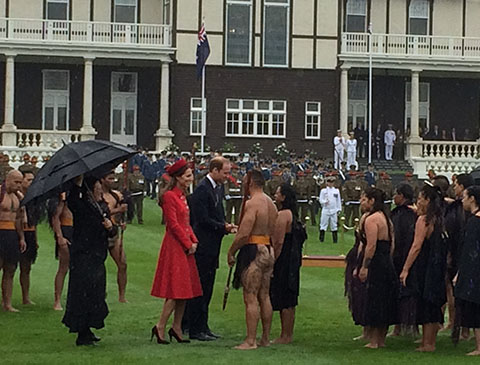 Only in New Zealand! 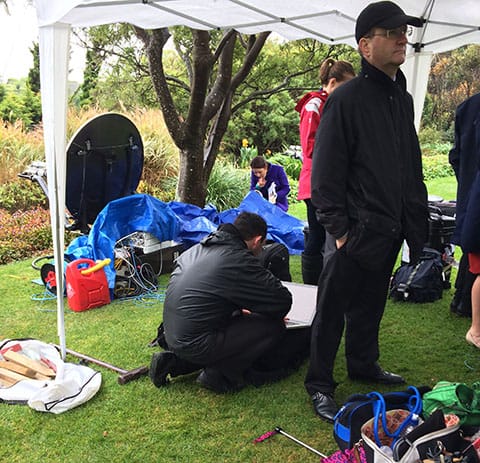 The UK media scurry to upload images from the grounds

As William inspected the guard of honour while a 21-gun salute rang out around Wellington and I nearly fell on my bottom 21 times with fright, I got a little teary thinking how proud his mother would be to see her boy stepping into his official role so grown up.

They were whisked away to spend the next day resting and their first appearance will be when Prince George begins his first official duties at a Plunket play date.