As some of you will have heard, I am part of the official media delegation following the royal couple around and trying my hardest not to squeeze Prince George’s chubby cheeks! 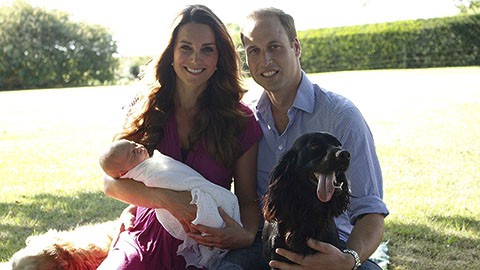 Can’t wait to see them here in New Zealand!

Actually, I have swatted up on royal protocol and if I even manage to get close enough to said infant, I will wait for him to greet me first.

So, if you’re a closest royalist – or an outright fan – here is where you’ll want to hang out for the best view of this smashing family. Just beyond cheek pinching range. 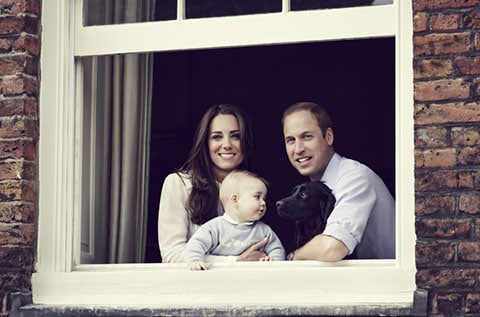 11.30am: Their Royal Highnesses will be arriving at the Military Terminal, Wellington Airport.

The best vantage point would be to line the footpath around the bays as that will be the route the Royal Couple drive to Government House.

10.45am: The Duke and Duchess will drive from Woodbourne Royal New Zealand Air Force Base to Seymour Square in Blenheim.

1.15pm (best opportunities): Flying Day at Omaka Aviation Heritage Centre with Sir Peter Jackson. This is a free event the public can attend.

1pm (best opportunities): The public can watch the Duke and Duchess of Cambridge compete in match race sailing on former Team New Zealand yachts. The best times to see the yachts are at the beginning and end of this event, which runs from 1-3pm.

3pm: The Royal Couple will travel across the harbour on the Sealegs craft from the dock near the Emirates Team New Zealand Base to Hobsonville Marina.

1.30pm: The Duke and Duchess will be opening Avantidrome in Hamilton. The public will be able to see the couple arrive at 1.30pm, and then leave at 2.30pm.

9.30am: The public can welcome the Duke and Duchess as they arrive in Dunedin Airport and are met by the Mayor Dave Cull and Ngai Tahu representatives. The couple will then drive to the Octagon.

10am: There will be a brief chance to see the Royal Couple as they arrive at the Cathedral Church of St Paul, and when they leave at 11am.

11.45am (best opportunities): Book your free ticket to attend the Regal Rippa Rugby Day at Forsyth Barr Stadium. The Duke and Duchess will each be a part of the coaching teams for the finals alongside New Zealand rugby talent like Ritchie McCaw and Aaron Smith.

2.10pm (best opportunities): The best vantage point to see the Duke and Duchess in Queenstown will be in the park area just outside of Amisfield Winery (on the lake side), and in Millbrook Park on the corner of McDonnell Rd-Malaghans Rd on the way to the Shotover Jet around 3.20pm.

11.30am (best opportunity): Public walk through Latimer Square to ICC Cricket World Cup countdown clock, where they will meet with young cricketers.

12.30pm: The Royal Couple will then officially open the new Christchurch Visitors’ Centre at the Botanic Gardens.

1.15pm: Brief opportunity to see the Duke and Duchess as they arrive at the Air Force Museum in Wigram to attend a Future Focus lunch and pay their respects at the Royal New Zealand Air Force Memorial Wall.

10am: Opportunity to see the Royal Couple as they arrive at the Royal New Zealand Police College in Porirua, and when they leave at 11am.

12pm: The public’s last chance to see the Duke and Duchess in New Zealand will be as they drive around the bays to Wellington Airport.

Are you going to head out to see them?