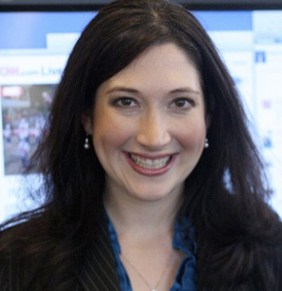 The cute and bubbly, but smart-as Randi Zuckerberg

Randi was Facebook’s Marketing Director until 2011, covered the US elections online for CNN and is ranked among the Top 50 Digital Power Players by Hollywood Reporter. She now runs Zuckerberg Media to help business with their social media strategies.

The curtain raiser was Jessica Gilmartin from Wildfire App, but it was Randi who gave the most helpful tips when she presented the top 10 trends she’s seeing coming through in Social Media. (After lampooning those who post cat pics all over their Facebook pages or Tweet celebrities in the hopes that they’ll get a response. I tweeted Nigella Lawson last night then realised what I’d done. Oh the shame. Until she DM’d me back!)

Anyhoo, here are the trends, which as Randi pointed out will probably be outdated by the time she finished presenting them:

1. Luxury living without luxury spending. Sites like Airbnb are taking off.

2. Loyalty programs. Create an emotional connection. Things like offering fans or subscribers exclusive access and deals. Even allowing them to see a deal an hour earlier than the general public makes fans feel valued. One of the most successful examples was a company who took a photo of thousands at an event, posted it on Facebook and had everyone who was there tag themselves. It went viral as friends of those tagged also saw it.

3. Using social media platforms for customer service. If someone is passionate enough to post a comment they should be responded to. “The haters are often only an inch away from being likers.”

4. Mobile first. Businesses are designing sites for mobile first and not even websites.

5. People as curators. Pinterest has grown faster than Google and Facebook in the same time frame. Aggregate lots of helpful content about your niche whether it connects back to your own site or not.

6. Have a sense of humour. Have an authentic voice not a business-like PR response. Have fun.

7. Crowdsourcing. Create contests, use giveaways to spread the love.

8. Video & livestreaming. Tell a story. Interact with the crowd. 90% of Facebook shares are videos.

9. The gamification of everything! Randi told us about the alarm clock that you put your credit card into and every time you hit snooze it donates $1 to charity or the scales that Tweet your weight (WTF?!)

10. Tech blogs. Read these daily to keep up with the latest online developments. She recommended www.techcrunch.com, and the New York Times culture blogs.

Well, this is what I THINK she said… if you were there and have anything add, please do so in the comments 🙂

And the best part of all? This surprise “flashmob” end during Randi and Jessica’s Q&A with Jesse Mulligan:

Are we Twit/Face friends? Come and follow me and keep up to date with loads of exciting travel idea and deals. (Click on the icons below)