Finally we can get around LA and all the way out to Santa Monica in a jiffy – without a car!

The new Metro train line extension has opened between downtown LA and Santa Monica. I could not be happier! I once took a taxi this far and I think it cost in the region of US$70. Last time I visited I used Uber’s shared rides, which were a pain waiting on the corner for a car with a passenger already, but cheap!

Now the Metro Expo Line takes 45 minutes to travel the 15 miles (24km) from the action of Downtown to my favourite part of LA, Santa Monica. This of course opens up a whole raft of opportunities for visitors who might want to stay in Santa Monica and go to a basketball game at the Staples Center – or, ya know, just hop and off to see other neighbourhoods, go to a show, shop, eat, meet friends… 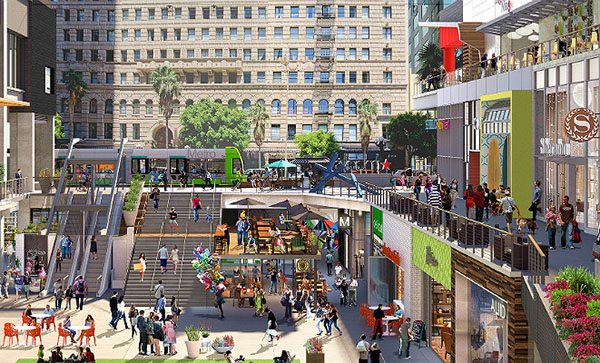 The new shopping and dining station at 7th Street. Pic courtesy of The Bloc 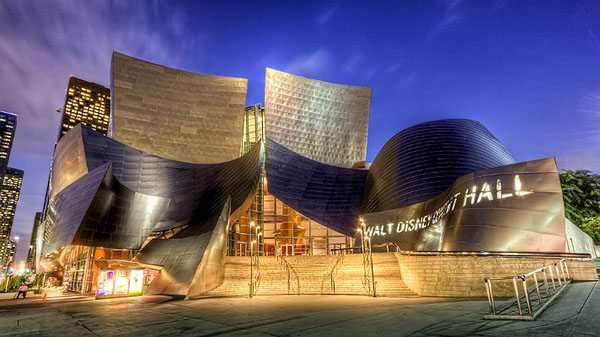 This new seven-stop extension from Culver City to Santa Monica cost $1.5 billion and I recently heard the mayor of LA saying, when he visited Auckland, the rate payers of LA were happy to have half a cent added to their taxes to help cover it. That’s what you can do with a population of 3.8 million! We wish…

Downtown LA is undergoing a major renaissance too and I’ll be popping over in a couple of months to stay there and see what they’ve been doing. I’m looking forward to seeing some cool street art, new dining establishments and top live entertainment. (I’m a bit of a fan of watching Americans watching sport.)

You can also download a walking tour map utilising the stops on the Metro to explore neighbourhoods that were previously only accessible by cab for tourists.

Try the new SkySlide, a glass bottomed slide that glides 300m above the street or Grand Central Market which has been plying its trade since 1917 and book boffins will want to make the pilgrimage to The Last Book Store, California’s largest new and used book shop. 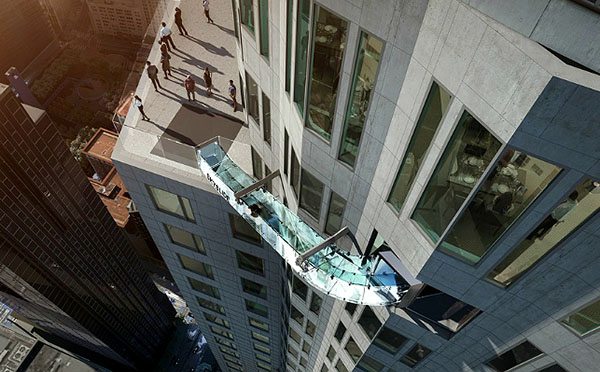 The SkySlide. Would you?? Pic courtesy of OUE Skyspace LA

“We are excited to debut the newest extension to our network of railways that connect travelers to various L.A. regions, which is home to world-class entertainment, attractions and cultural institutions including, Universal Studios in Hollywood, Norton Simon Museum in Pasadena, The Walt Disney Concert Hall in Downtown and so much more,” said Metro CEO Phil Washington.