When in Buenos Aires it would be rude not to give the tango a whirl!

Tango is to Argentina what pavlova is to New Zealand. It runs through the very veins of society and is a lot more than a dance. It is a culture, a lifestyle. It is the heartbeat of the nation. Ok, it’s not like pavlova at all, which for some reason only comes out at Christmas. But it is traditional! 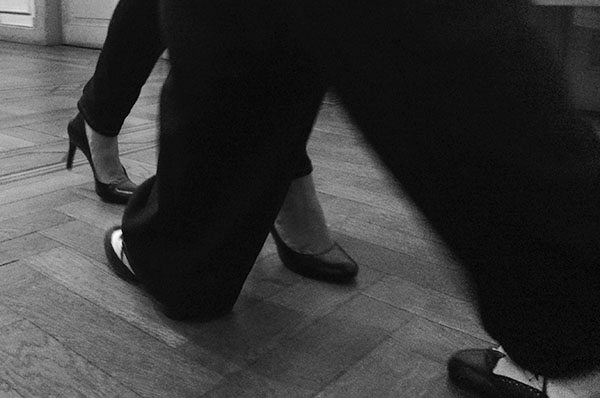 So it was that I found myself in a dance studio in the bohemian neighbourhood of San Telmo for a class run by Irishman Gerry and his Argentinian wife Lucia. An odd combo, but one that put me strangely at ease. I think the idea of clutching onto the guns of a tall, dark and handsome local while I displayed two left feet would have set me trembling, and not from his studliness. 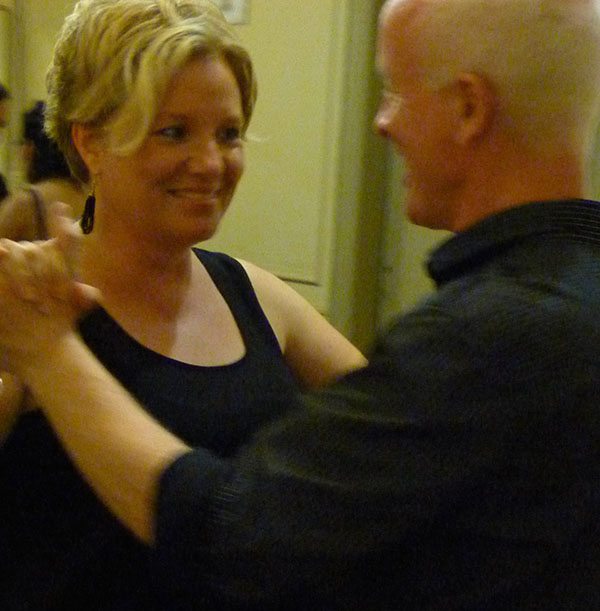 There were eight of us in our posse all learning the art of tango for the first time. But first one must know the etiquette.

At a traditional milonga (tango dance venue) the man prowls the perimeter looking to make eye contact with the girl he fancies. If the girl is not keen she looks down. However, since we’re not there to spectate, we were expected to meet the flick of the eyebrow and join said player on the dance floor.

Novices also should not dance on the edges but in the middle. The reverse of western numpties who like to gyrate on the sidelines for an easy exit should the music change it up a notch. The good dancers swirl around the edges at the milonga.

Back in the day milongas were brightly lit but these days the style has become more “loungey” and they are dark and sexy. They also don’t kick off until about 11pm, although to get a seat you may want to arrive early (at 10pm). They usually wrap up between 1 and 2am – on a school night!

But back to my tango lesson:

Gerry is a very good teacher. He stands not much taller me at 5’2″ (157cm) which was a shame for our 6’2″ femme fatale in the group! He and Lucia, who met 10 years ago at a milonga after Gerry made the eye, showed us how to “feel the music” as they glided across the room. 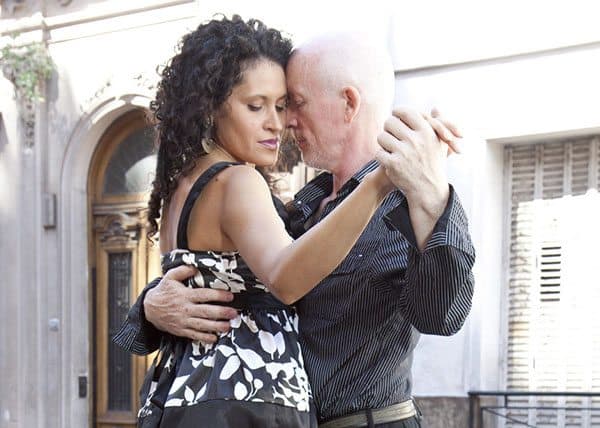 First, you stand for a moment, hands on each other’s forearms, and when the man is ready (yes it’s a sexist dance!) he will move his left foot forward. But I’ll know before he stands on my foot because I will be so in tune with him that our bodies are now one, they said. I will then move my right foot back and off we’ll sashay in a straight line across the room. That was step one.

Step two involved some sideways movements, hands still on the guns. Side then backwards.

Step three and I started to get lost. The guy moves to the side but the girl keeps the same line, all the while going backwards.

Step four and I was a shambles. Figure of eights with a back kick across his thigh. Told ya!

That lesson was apparently all we needed because we were off to Gerry and Lucy’s local milonga, Bendita Milonga.

For some inexplicable reason I remained in my tango lesson trainers, even though I had a pair of heels with me. I figured it was dark, no one would see and I would be less likely to fall over (I am prone to falling over even without tango).

We had front row seats and Gerry got the wines. The 10-piece orchestra was an experience in itself. The passion of the four guys sitting on seats with squeeze boxes on their laps. Then the double bassist, the strings and the grand piano. It was like theatre in the low lit room and before long couples were feeling the passion on the dance floor. 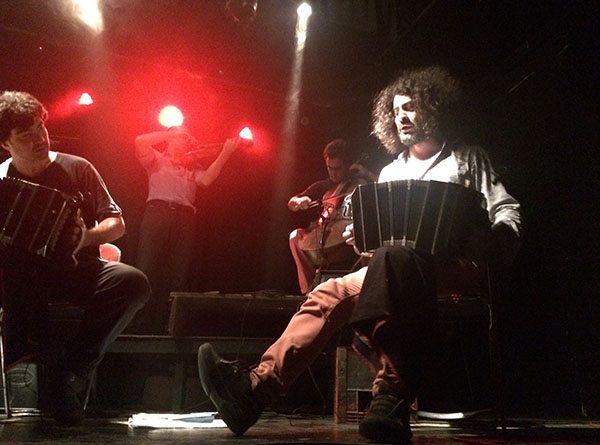 A man came prowling through the shadows looking for an eye. Fortunately he whizzed by our table. Gerry and Lucy bring their students here each week. No man on the prowl wants a novice on the dance floor. 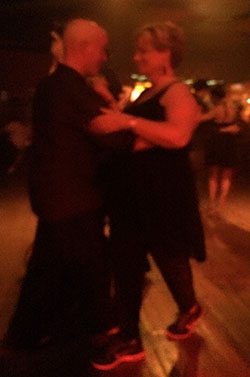 Putting my lesson into practice. In my classy shoes.

Then Gerry decided that I should put my lesson into practice and off we strode – into the middle where I was sure my tragic shoes would not be seen. He coached my every move and before I knew it I was tangoing!

Oh sure, I stood on the feet of few lovers who were also feeling the music, but it was dark so they could never pin it on me. I was getting the hang of it!

“You can really do anything you like,” I said with the juvenile confidence of a partner who is telling you his every move as I glided in the shadows.

“No you can’t,” replied Gerry, and with that the music stopped.