A teenager with a clipboard is reading our names out to ensure we are present for our flight-seeing tour over the Kimberley.  Present, I say, looking around for the pilot. We sign the usual waiver to our lives, and he proceeds to explain the days’ tour. The penny drops. This boy with the baby face and knobbly knees is the pilot and the plane we are now walking to was built in 1974 – years before he was born. 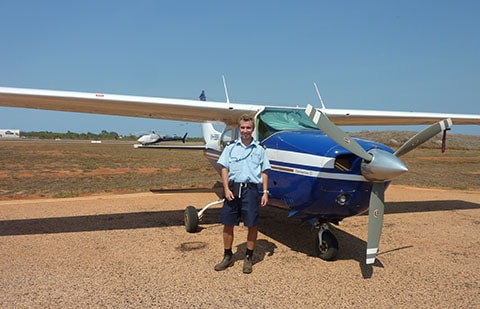 Our old plane and young pilot. See what I mean?!

I slip my hand up quick smart when he offers the front seat. Stupid. Unfortunately for me the wall of instruments on the dashboard is so high I can’t see out the window. Holding my camera high, I hit the record button to video our improbable take-off so air investigators will have something to work with later. 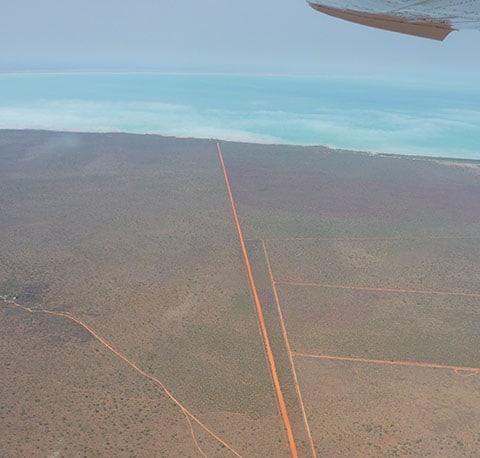 The fiery straight roads etched into the Kimberley desert

But like Chitty Chitty Bang Bang we splutter into the air and the township of Broome with its fiery red soil bordered by the long white sands of Cable Beach and the most astonishing pale blue sea shrinks beneath us.

Broome is two-and-a-half hours north of Perth – by commercial airliner. It’s about as far from New Zealand as any Australian city could be, but the incredible landscape of the surrounding Kimberley region makes it an absolute must-see.

I feel like I’m looking down at Mars. The pindan soil is brick red and the rocky desert sand is crisscrossed with long stretches of dusty roads connecting Broome with its next closest city, Darwin, 1100 km away. 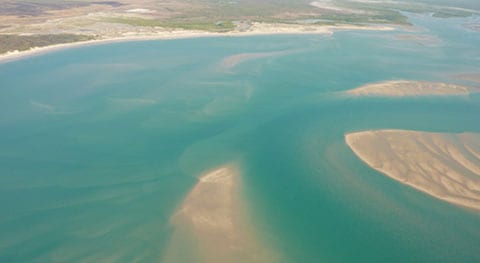 How can you describe the colour of this sea?

This is the outback. It’s dry and anything that survives has to be tough and rugged. There are diamond mines and turquoise lakes and teeny airstrips dotted along today’s route. After about an hour bumping through the heat rising off the dusty earth below, the Pilot Boy radios for clearance to land in the middle of absolutely nowhere. I’m comforted at least that the man on the other end of the radio knows where we are.

It turns out we are stopping for lunch at a backpackers frequented by those doing the long drive to Darwin, via Fitzroy Crossing, Kununurra and Katherine which takes several days. Our ever-resourceful pilot is also chef and has sandwiches in the boot (yes this plane has a boot) and there are juices all round. We see only one other person. These airstrips are also used for the Flying Doctors as this is the only way locals can get urgent medical help up here. 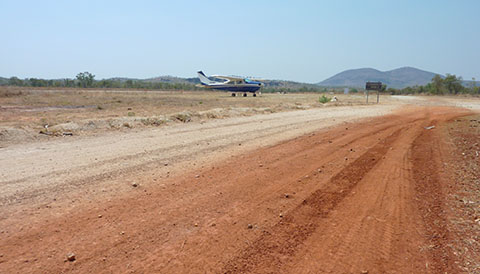 Then we’re off again, this time to fly over the remarkable Horizontal Falls which David Attenborough described as one of the greatest natural wonders of the world.

Zooming over the horizontal falls

They are created by two gorges in Talbot Bay, in the Buccaneer Archipelago. When the tides change, the volume of water builds up to 10 metres high and is forced through the first gorge, which is 20 metres wide, then the second one, which is more spectacular at 10 metres wide. The whole process takes over six hours on each tide and you can go through by boat, but from the air you appreciate the full perspective.

The sea underneath us is almost emerald green and when we spotted a whale and her calf from the air our boy-pilot looped us around so we could all get a look, then landed at a nearby beach for a swim before returning us safely back to Broome.

Who said anything about nervous? This is thee best way to see an incredible part of Australia.