I have just returned from an epic two weeks in London! The city is still as magical and crazy busy as ever. But I also noticed how expensive it is!

Here are six tips I learned to do and NOT to do, to visit London without breaking your credit card.

1  For affordable accommodation, check out FG Properties. This is a managed apartment property company, much like Air BnB except you don’t deal with the owners, but with these guys. We got a two-bedroom, 3rd floor apartment at Earl’s Court, about 100m from the Tube, for £99 per night. Most are around this price. It had a washing machine too – which was another money saver. 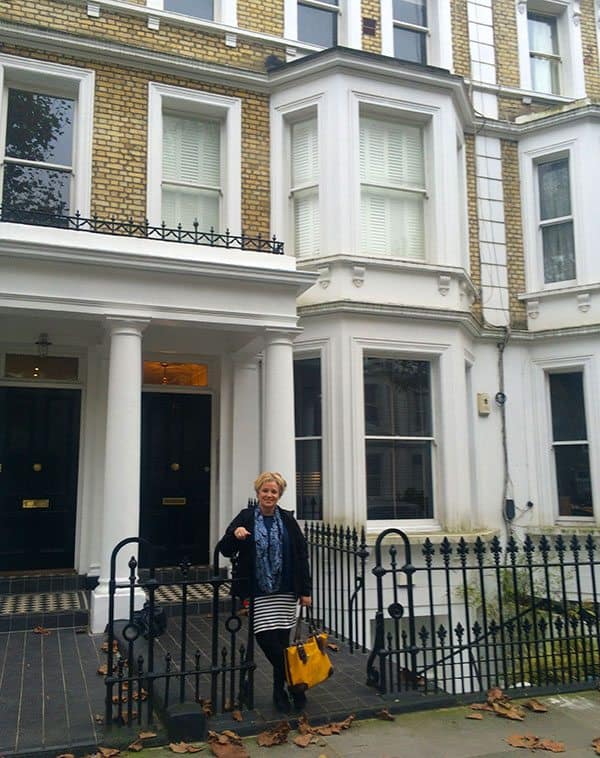 2  Laundry can be a pain! Whatever you do DON’T send your clothes out to be cleaned via your hotel. You can expect to pay about £3 for each pair of undies if you do! Instead ask the concierge for directions to the nearest laundrette and have them do it. We had two bags of laundry washed, dried and folded for £13 and picked it up at the end of the day.

3  Eating in pubs is not as cheap as it used to be (expect to pay £10-15 for one piece of fish and chips, or a beef and ale pie). We found the Marks and Spencers food hall and even Whole Foods to be better value for easy meals to eat at home. Afterall, one can only bear so many deep fried dinners! I have a penchant for dips and breads, so sometimes after a day that had involved a pub lunch, I’d hook into the deliciously fishy taramasalata and a baguette with a glass of wine. We also loved the sandwich stores Pret a Manger (which are everywhere) which does things like rocket and crayfish (all made on the premises) for about £4.95 or a tuna mayo for £3.95. (By the way, I worked for half a day Pret for a story many years ago, here’s my tale of drama and disaster…) 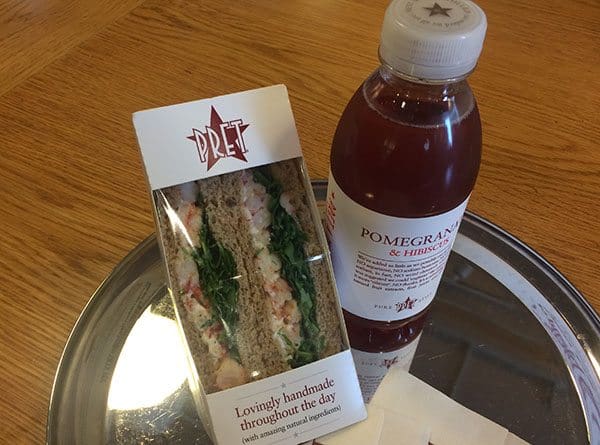 A healthy and affordable London lunch

4  If you fancy seeing a movie and don’t want to spend £20 each on a ticket up in the circle, DON’T go to the Odeon in Leicester Square! We watched 007’s Spectre there, and admittedly it is an iconic cinema which had just hosted the premiere, but the screen is tiny if you’re up the back. Friends watched it in Marble Arch for half that price. However we did come out and stumble upon this scene… 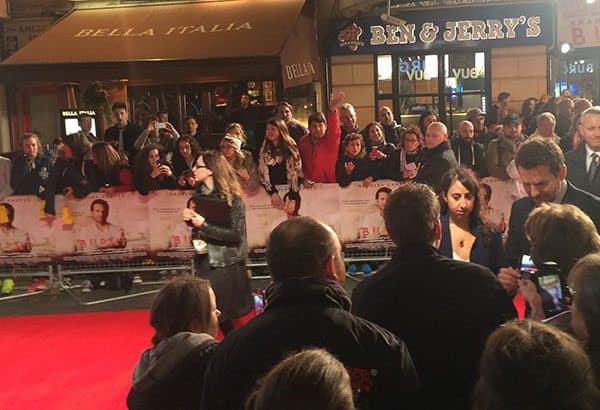 Bradley Cooper at the premiere of his new film!

5  Getting around: use your paywave credit card instead of pre-loading an Oyster card. They work exactly the same way, except (so the bus ticket inspector told me) at the end of the month if it calculates that you have done more buses than tubes, and vice versa, and spent more in single fares than a monthly pass would have cost, it’ll automatically switch your billing to the cheaper pass price. Besides, it’s more convenient than an Oyster card. (Note: my husband had difficulty with his Visa being accepted only intermittently. My Mastercard worked fine for two weeks).

Another tip for using public transport cheaper is to travel after 9.30am to avoid the rush hour fare.

6  If you want to go sightseeing, the Hop On Hop Off buses are great for a commentary as you go. But you could also just fill in a day by hopping on a bus that’ll take you to the area you fancy exploring (we took the Number 11 from Victoria to St Paul’s) and head off for £1.50. Bear in mind that if you change buses, you’ll pay another £1.50. But on this occasion we sat upstairs and had a great view of the poppy day goings on at Westminster Abbey, the protesters outside Downing Street and just generally people watching. We hopped off at St Paul’s, then walked across Millennium Bridge to the Tate Modern and took a tour of the Globe Theatre next door with the money we had saved. 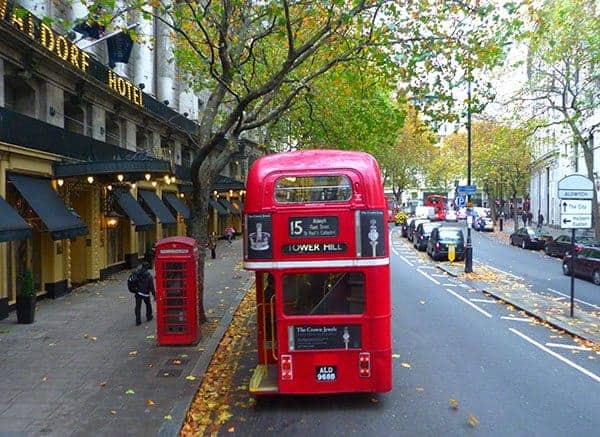 While away a few hours on a bus like a commuter

If you have any other tips and travel hacks for seeing (or tasting) London on the cheap, let me know in the comments below!

Click here for 25 of the best things to do in London by blogger Jan Meeuwesen, aka The Crazy Tourist >>>

I flew to London courtesy of Emirates Airlines and flew business and economy classes. Here is my Business Class review, and I can thoroughly recommend Emirates economy class for the most comfort I’ve had in the back of the plane on such a long flight!

"Best money-saving tips for London" - What do you think?