Taking a Silversea cruise from New Zealand to Australia

If you’re like me and the thought of cruising the notoriously big Tasman Sea has put you off voyages between Australia and New Zealand, I have some tips below from captain Alessandro Zanello of Silversea’s Silver Muse ship, who I just sailed over the great divide with.

To be honest, I have turned down media invitations on cruises between Auckland and Sydney in the past for fear that the crossing would be vomitingly dreadful, but this latest opportunity was too good to pass up.

It started with a phone call on the Friday night from Sydney, while we were having a barbecue with friends, and she said “we know it’s short notice, but if you can get to Dunedin and on-board the Silver Muse by 1pm tomorrow, you can cruise for 4 nights via Fiordland to Burnie, Tasmania.” Had no idea where Burnie was, but that didn’t matter at this point.

My eyes lit up and of course when you present such an offer to your husband in front of friends, they think you’d be NUTS to turn it down. We decided not to be nuts. 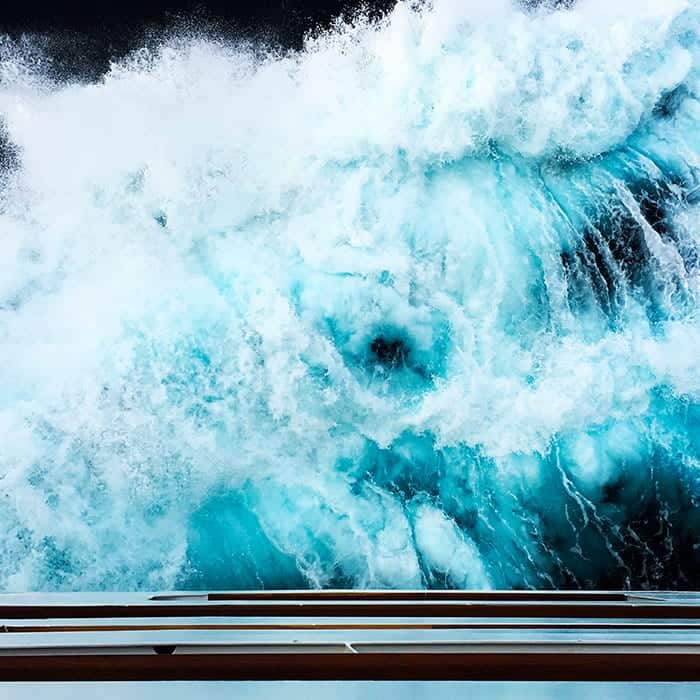 I became mesmerised leaning over the balcony and watching the colours from inky black to white froth and baby blues.

But you can imagine the scurrying! First check the calendar (on the phone) to see what events/appointments we might be able to shuffle, then check Air NZ (phone app) to see what time and what price flights were between Auckland and Dunedin the next day. There was one flight available to get us in by the required time.

Silversea had offered to pay for my airfare, but I needed to cover my husband’s. It was do-able – around $200. Next check the weather reports to see what the sea would be like. Not that we’re anything close to meteorologists, but the isobars looked calm (little did we know there was a storm brewing in the Southern Ocean. More about that later…)

So we had our dinner together and shot home about 10pm to pack, set the alarm for 5.15am and bolted out of bed ready for our adventure (with a little trepidation, I’m not gonna lie) into the unknown.

Note: there is no Uber in Dunedin and a taxi from the airport to Port Chalmers is about NZ$120. Gulp!

Second note: all alcohol is included onboard the Silversea fleet so I felt I could justify it. Gulp…. 😉 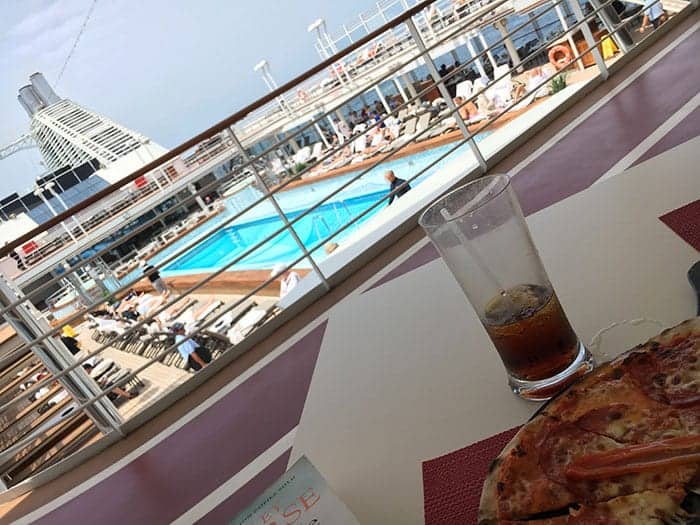 Woodfired pizza by the pool for lunch!

It was raining in Dunedin when we landed about 9.30am and I felt so sorry for all the (mainly) American tourists who were pottering about in Port Chalmers township or heading out on excursions to places like Larnach Castle or the Albatros colony, or just for a shop in the Octagon. Don’t you get so sad when your country doesn’t show off its best self?

The Silversea crew were expecting us and we were driven by golf cart around the wharf to the boarding steps and were ushered through a scanner then into (what I now know to be) the Dolce Vita Lounge on the 5th deck where reception is.

Our personal butler Briston came to greet us and after signing the appropriate forms and handing over our passports for the duration (this is normal) we were led to our cabin.

Opening the door of cabin 905 and my eyes darted across the expansive room past the full size bathroom on the left that has a bathtub and a separate walk in shower and marble basin with Bulgari products (yes). Then the next room on the left was our walk-in wardrobe where we unpacked into the drawers and hung what needed hanging.

Note: men need to bring a jacket as most evenings they are required in all dining areas. On formal nights they also need to wear a tie. We didn’t know about this, but Briston got one for hubby to borrow. Nothing is a problem!

There was a bottle of bubbles chilling in a bucket with two glasses on the coffee table, past our king size bed and in front of the couch. Beyond that was our private balcony.

“What wine would you like in the mini bar?” asked Briston. I was still agog at the room and my husband answered that I like a sauvignon blanc so off he shot and returned with it in minutes.

He familiarised us with the technology in the room and showed us the daily Chronicle of activities and timings and where to find everything – including the eight restaurants.

At 2pm captain Alessandro parped the horn and off we seeped into the deep. The rain had stopped so I stood outside and watched Port Chalmers disappear and we ventured up past Aramoana and the Albatros colony (I didn’t see any) and around the cape, passing St Clair, Dunedin and into Foveaux Strait between the South Island and Stewart Island. 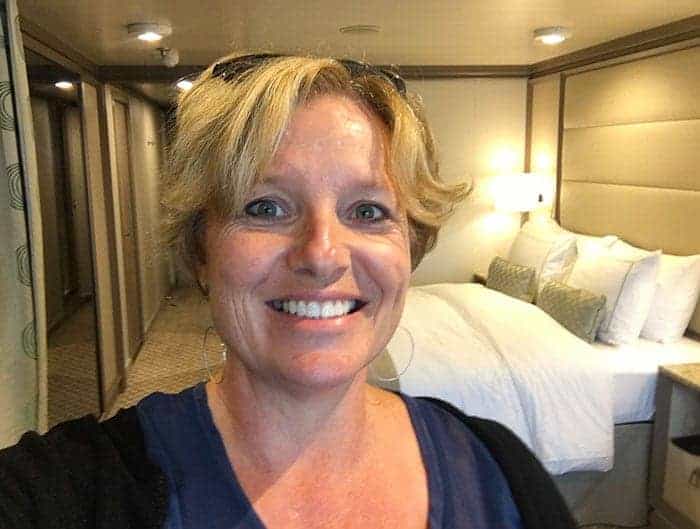 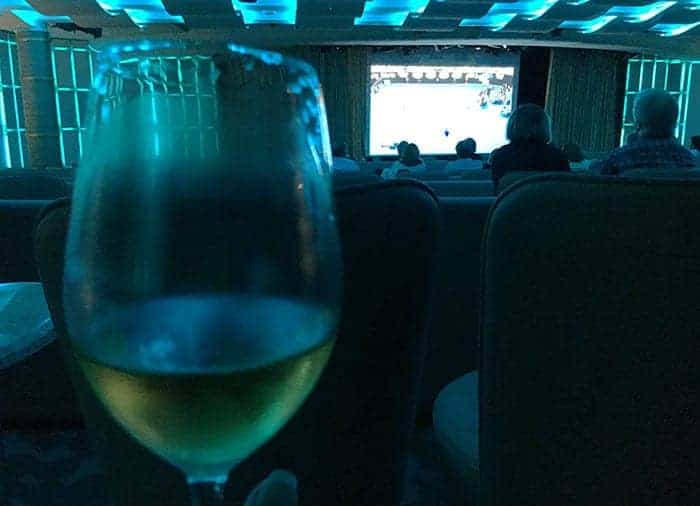 Did you get seasick at all?

The short answer is no. The longer answer is that sea sickness presents in a bunch of ways, the first being that you might feel a bit dizzy in the head. Tick. I found I was walking like a dressage pony down the hallway intending to go on one side yet trotting past cabin doors on the other.

The second symptom of sea sickness is that you can feel sleepy. Tick. Not that I minded, who doesn’t love a snooze?

Absolutely! It would take a lot for me to be off my food. Besides, four restaurants are on Deck 4 mid-ship – the calmest place to be. On the first night I opted for what became my favourite: Atlantide and had a delicious steak with peppercorn sauce AND mushroom sauce – because I could!

My husband didn’t cope quite as well and preferred to spend the first night lying in bed. He wasn’t sick though, just the whole balance/head thing. I didn’t mind being the “Singleton party of one”.

Of course, being Silversea, he could have ordered room service at no charge. Instead he slept.

What about the storm?

I overheard two ladies a couple of days later talking about a storm coming up from the Southern Ocean and that sent me into a tail spin of paranoia.

Fortunately I got to meet with the captain for his tips (below) on how to manage rough seas, and he put my mind at ease. However I do have some advice for where you want your cabin to be located… 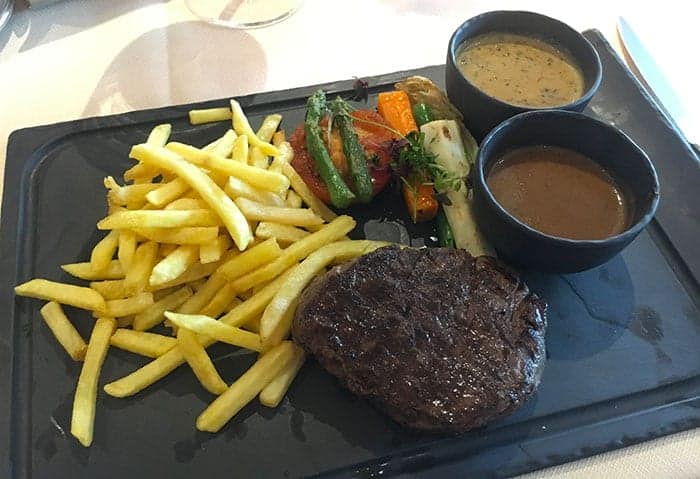 I loved this meal so much I had it twice in 4 nights at Atlantide! 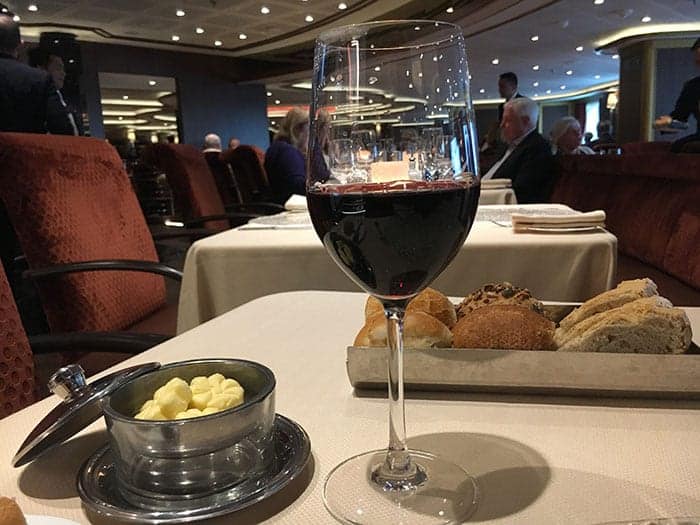 Did I mention all alcohol is included on Silversea?!

Where are the best cabins on a ship?

On any ship the best place to ensure the smoothest sailing is mid-ship and on the lower decks. On Silver Muse there are 4 restaurants mid ship on the 4th deck, and it barely moves down here.

Our cabin at 905 (three doors from the bow) on the 9th deck was quite rocky. I’m sure at one point I levitated off the mattress in the night! However I must point out that at no time did I feel nauseated, just a whizzy head. Like I was drunk! “Pretend you’re in a hammock said a friend,” and so I did.

About 10am after sailing all night we finally reached Doubtful Sound and the water became still as we glided through the mist looking at the surrounding mountains and waterfalls that were dancing and gushing with all the rain. We had about an hour here, then slowly made our way out and along to Milford Sound, about two hours later.

Silversea had an expert on board on a speaker we could hear outside on the decks explaining the hanging glacier that feeds the waterfalls and the likelihood of seeing dolphins (yes, except I didn’t see them as I was off to get my phone charger to take more pics! #irony) Plus seals, although we didn’t see them.

It was misty and moody and really quite breathtaking. On a blue sky day it would be amazing, but honestly I loved it like this.

Hot on our heels was another ship so we had a time allocation into the sound then off we steamed into the big wide sea with Tasmania about 2000km beyond our bow. 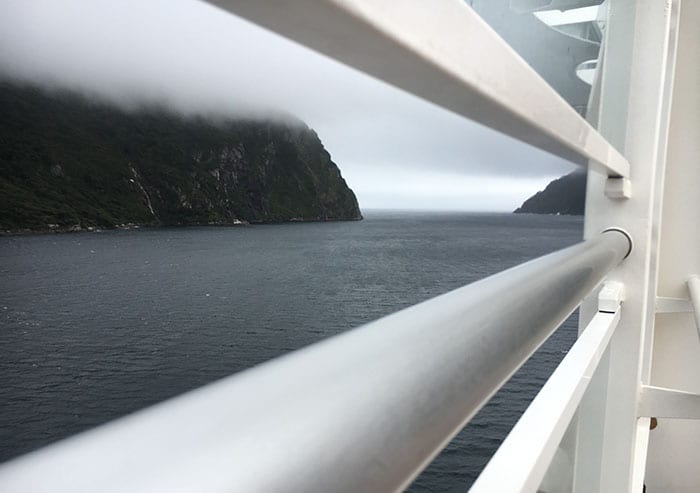 Entering Doubtful Sound in the mist 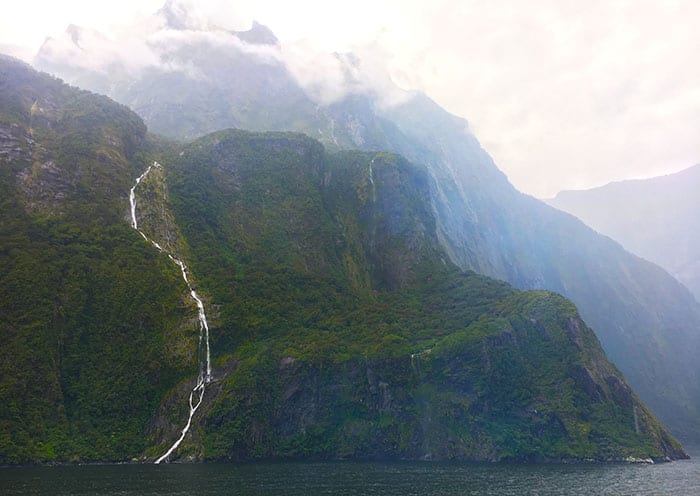 Moody Milford Sound in the rain

The Silversea captain’s tips for crossing the Tasman Sea

I sat down with captain Zanello and asked him some questions about the Tasman crossing. Here’s what I learned…

2  The dizziness, motion sickness, tiredness is something you get used to and with time it will pass. He has seen crew come and start working for the ship and be quite green for a few days but by the end of the week they are carrying trays of glasses on one hand and are used to it.

3  I asked him about the trick of putting an ear plug in one ear to stop seasickness. He hadn’t heard of that, but as several people had commented on my Facebook page saying it worked then it’s well worth trying. Also it makes a bit of sense as the balance/dizzy thing comes from the inner ear.

4  This might shock you: he believes patches and wrist bracelets are simply placebos. But as we discussed, because so much of motion sickness is controlled by the mind (I know this for a fact because I once closed my eyes on a horrendously bouncy hovercraft between Dover and Calais and pretended I was on the London tube. It worked and my sweaty mo dried up and I averted being sick) so if you get some relief from wearing them, then they work. 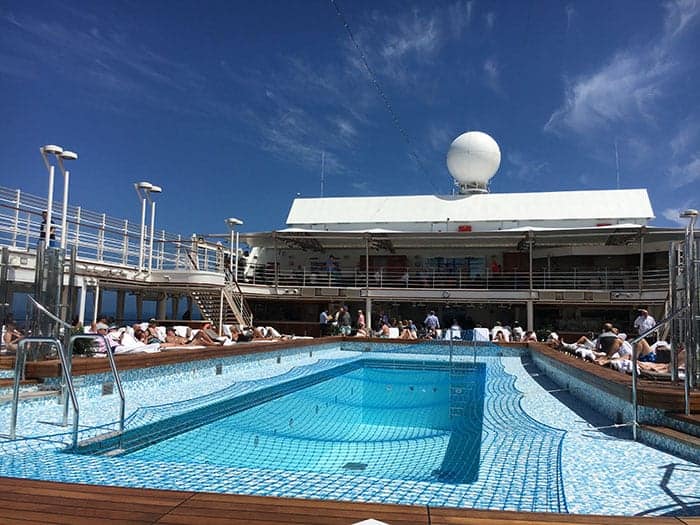 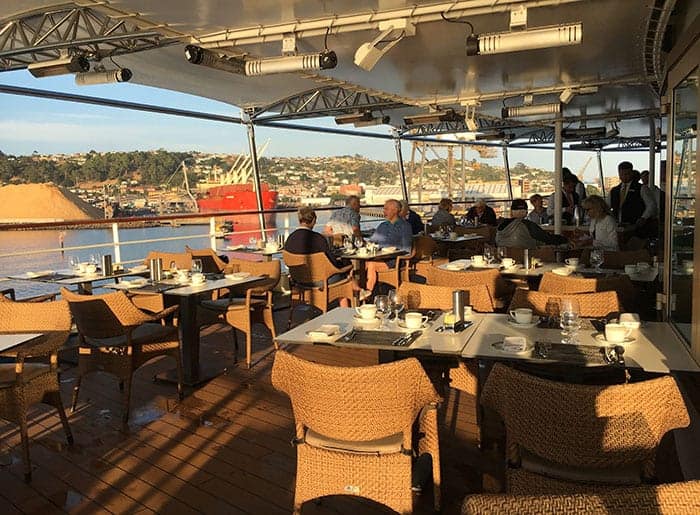 My voyage across the Tasman was at the invitation of Silversea Cruises.

If you’re going on a cruise, you will love my post for How to Pack for a Cruise here >>