If you’re heading to dingo territory on Queensland’s Fraser Island, this one’s for you. 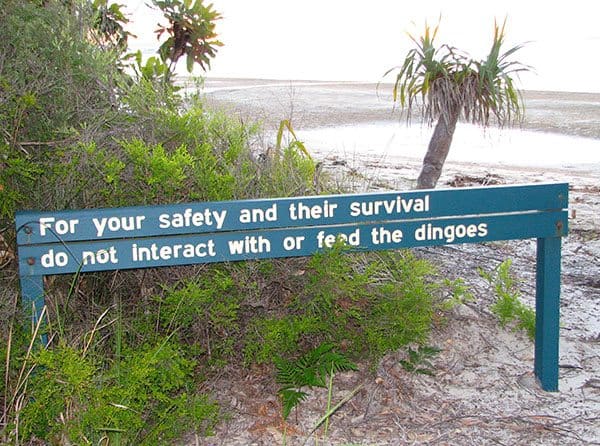 Fraser Island is home to a few packs of these wild dogs and while you might want to make them your friend, especially the cute and curious pups, it is a huge no-no.

Dingoes are actually more like wolves than dogs so the last thing resorts and tourism operators want is for people to encourage them to hang around, scavenge food (which they do anyway) and become unafraid of humans.

I was staying at eco lodge Kingfisher Bay Resort where signs are displayed about how to keep ‘dingo safe’ and the property is surrounded by a fence to the beach and surrounding bush. 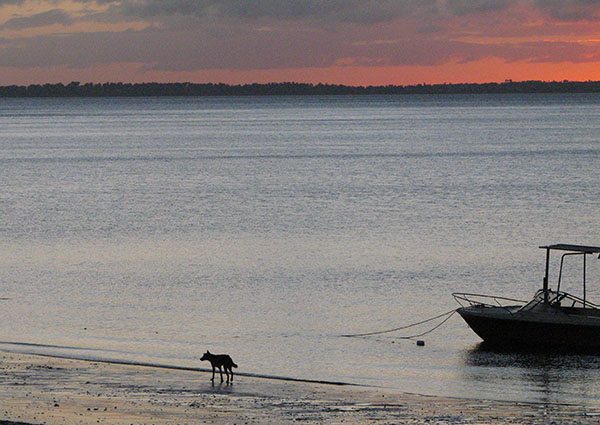 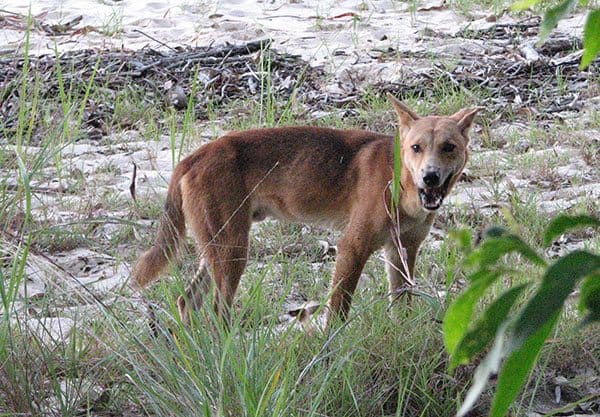 Hoping for a morsel from a tourist

Wanting to be doubly safe, I also went to the Dingo Discovery talk led by Sonya (actually it was just me and Sonya  – everyone else was off at the Fishing Off the Pier and Drinking Beer seminar) and learned all sorts of fascinating facts about these aggressive dogs that were brought in from Asia.

Did you know that there is a monstrous 5,614km fence surrounding New South Wales, half of South Australia and up into Queensland?  It’s the longest man-made structure ever built just to keep dingoes out. Longer than the great wall of China – and no one’s ever told me! 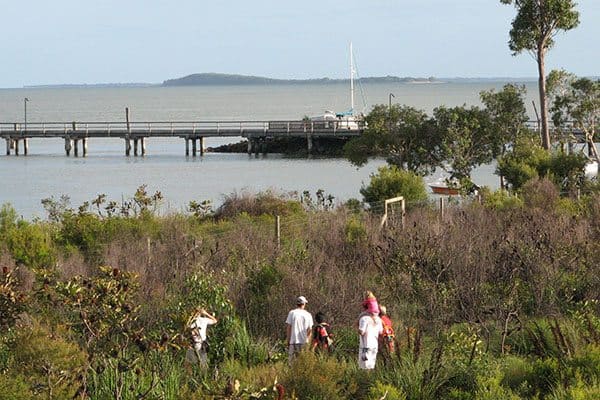 You can see the dingo fence around the resort

Anyhoo, the upshot of all this information was that I desperately wanted to see one. But  they’re wily creatures and don’t show up often, although apparently a family do live near the lodge.

I went to the pier to catch the end of the seminar and kept my eyes peeled and there he was, just on sunset skulking along the beach. A young male hoping for a morsel or to play with that group of small children on the sand… Suffice to say the adult with them scared him off. But they look so docile and harmless?!

These little crabs disappear as quick as look at them. I needed the patience of David Attenborough for this pic!