I was in Christchurch this week (2014). It’s been a year since my last visit and while I’m saddened to see buildings still standing awaiting their turn at demolition, some that have been cleared away have now made room for some of these new developments.

The first big CBD development which is underway is The Terrace. Formerly known as The Strip, this new cluster of cool restaurants and bars intends to put the river back into focus as well as be a hub of hipster activity. Just in front, across the narrow road of Oxford Street, terraces will be carved into the grassy river bank and will be part of walkway along a 3km stretch of the Avon. It’s due to be open by November 2014, in time for Cup and Show Week. 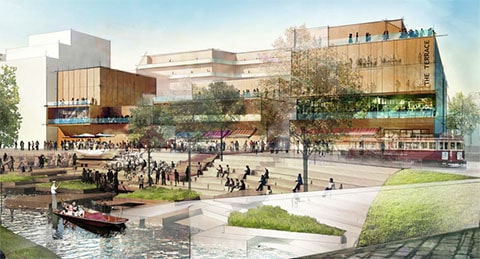 The Terrace, Christchurch, is the most exciting project in the city right now

Out in Woolston, the Tannery was a project that was being mulled over long before the Christchurch earthquakes. But with the devastation of the CBD, the project leapt into gear and today a little taste of the Victorian arcades of Sydney has come to Christchurch, housing cafes, restaurants and small one-off boutiques. 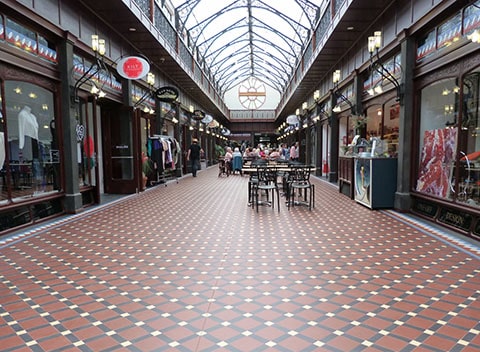 Is literally new! Originally opened in 1932, this is the latest little street to pull down the fences and open its shops with boutique vendors and cafes still taking up residency. The tram is also back and New Regent is on the little loop from the city (at the next stop) through the Botanic Gardens. A roundtrip takes about 30 minutes. 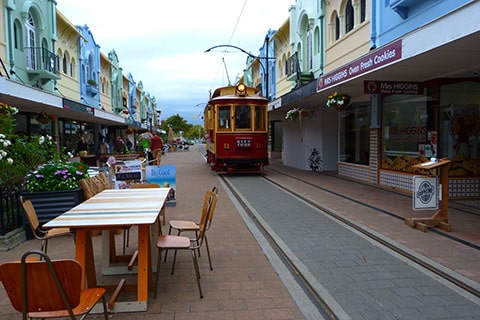 This quirky cafe set in the old Post Office building has something new to discover each time you go – like the Lego counter made by owner Sam, or the fizzy water fountains from tanks in the basement flowing through a dentist spit bowl or a sewing machine. Or the toilets hidden behind a bookshelf. But the funnest thing of all is the way they deliver their sliders and fries: from the kitchen through clear plastic ceiling shutes and plopping next to your table. So unique is this that the world’s media have been down to check them out. I suggest you do too! 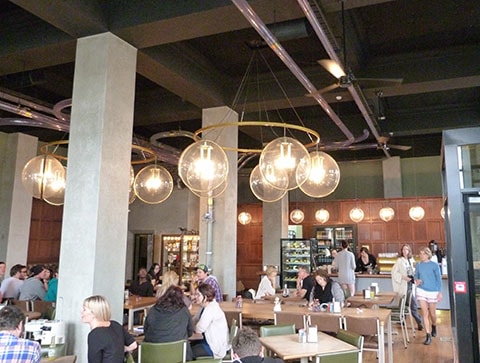 A visit back to Christchurch would not be complete without an update on the controversial Cardboard Cathedral. I poked my head inside to see this new “temporary” place of worship which doubles as an events venue. Dame Malvina Major is due to sing here soon and I’m told the acoustics are amazing. Offices for Cathedral staff are in shipping containers lining the wall. It’s nice. Not great with several of the cardboard tubing seemingly dented or peeling. But a quick fix to the ongoing and highly emotive issue of the broken cathedral that sits in the town square. 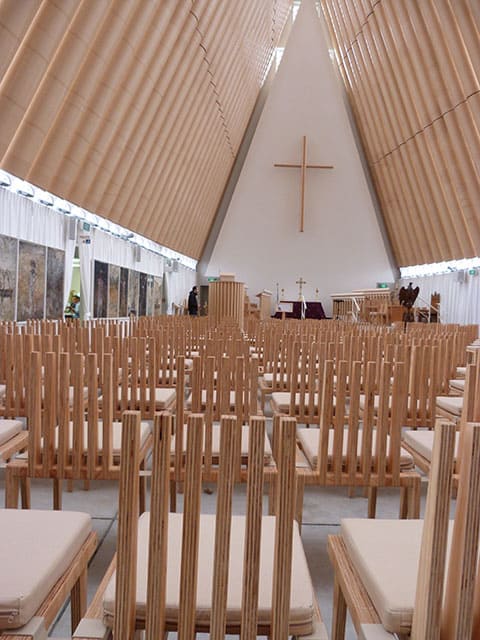 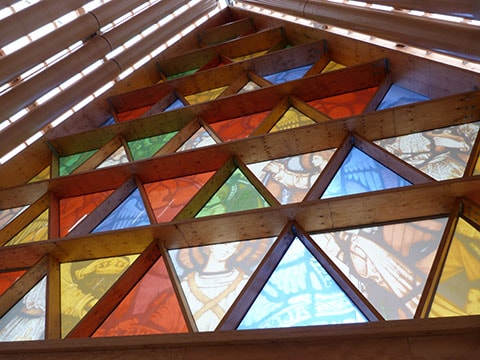 It’s good to see new openings of businesses and roads in Christchurch. There is still a hugely long way to go though, so if you haven’t been here for a while, or ever!, come soon. They need your smiles and your money 🙂