What a day I’ve had! Jetstar took off from Auckland bound for New Plymouth today rolling out the third of four new regional routes and giving Air New Zealand a nudge on their dominance over domestic locations. AND I WAS ONBOARD!

With fares from as low as $35 one way, visiting friends, shooting away for a long weekend, grabbing a concert or a game, just got a whole lot easier to say yes to. 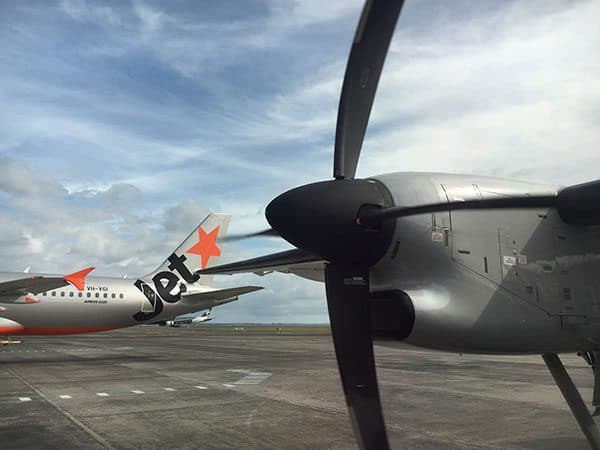 Move over Air New Zealand, you have a zippy little newcomer!

I had the day to myself, so popped into town for lunch at Monica’s. The cafe is attached to the Govett-Brewster and Len Lye Centre and is famous for its meatballs. I went for Angus beef with roasted cherry tomatoes served on barley. Delicious and I’m SO going to do the barley thing for my next spag bol! 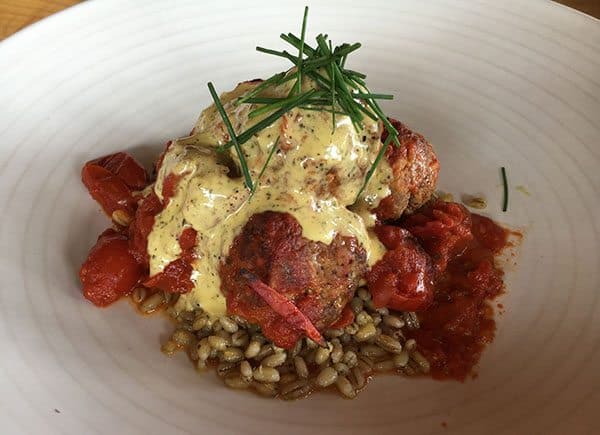 The waitress suggested I head into Kina around the corner, after I asked about where to shop. Filled with kiwiana art I bought this cool glass feather wall hanging. Then the girl there suggested I go through et Vous, the fashion store across the road now stocked with winter clothes (which scared me as it was 29˚C out and only February 1st) to The Public Catering Company which, she enthused, has amazing donuts. 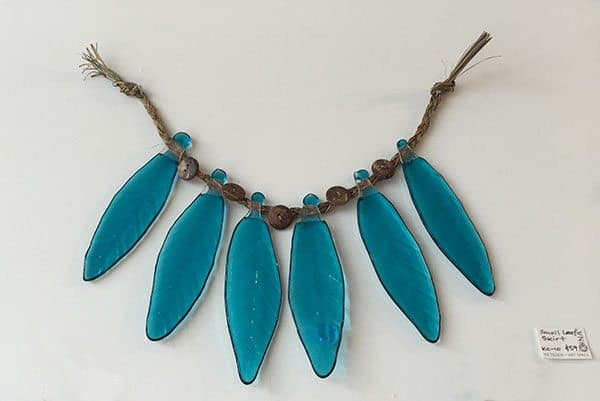 My new wall hanging for the beach

But before I that I had heard about the Bubble Waffle and needed to check it out. Continuing on foot up Devon Street W a couple more blocks, via a detour into Oosh where a necklace and a little ring ended up in my possession, I found it. What is a bubble waffle, I hear you ask?

It’s a giant waffle cone where a topping of your choice is pressed into each bubble as it cooks. I chose apple and cinnamon. Then after it is cooked, they roll it into a cone shape and add two scoops of ice cream. I went for vanilla topped with passionfruit syrup and it came decorated with fresh strawberry slices. It was good, but I think you’d only do it once. Besides it’s also $10, but each is handmade to order, so I guess that’s ok. When it opened just before Christmas people were queuing up outside and they ran out of supplies. Orders were taking up to an hour and customers were phoned when their order was ready. 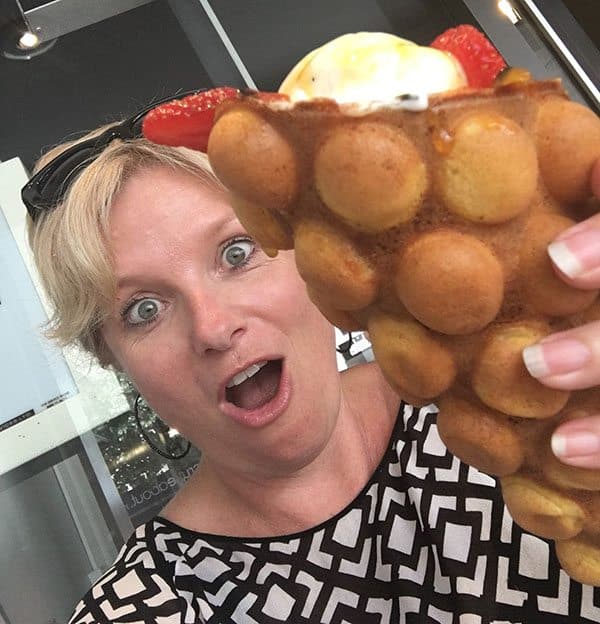 THIS is a bubble waffle!

Meanwhile back at the Public Catering Company I had no room for that donut, but as luck would have it, their espresso milk shake hit the spot. 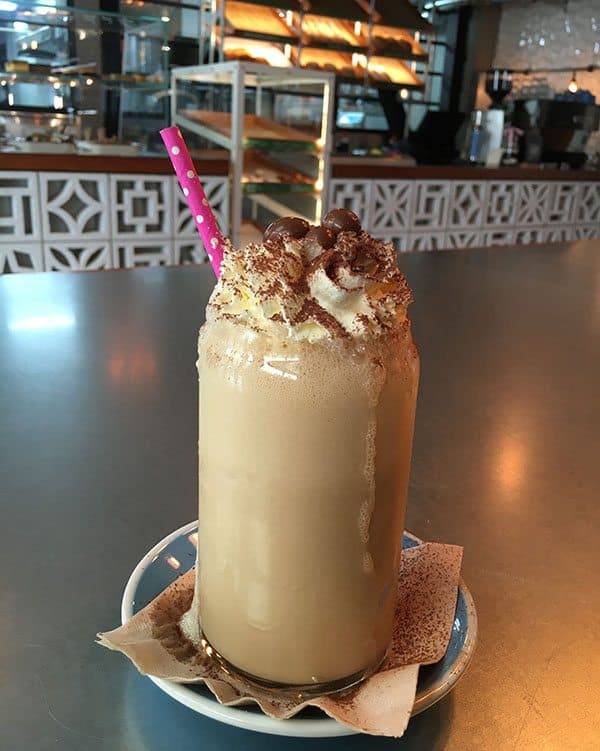 Trim milk with whipped cream. It’s all about balance!

And suddenly it was time to return my rental car and fly home.

Thanks Jetstar for a great day out! 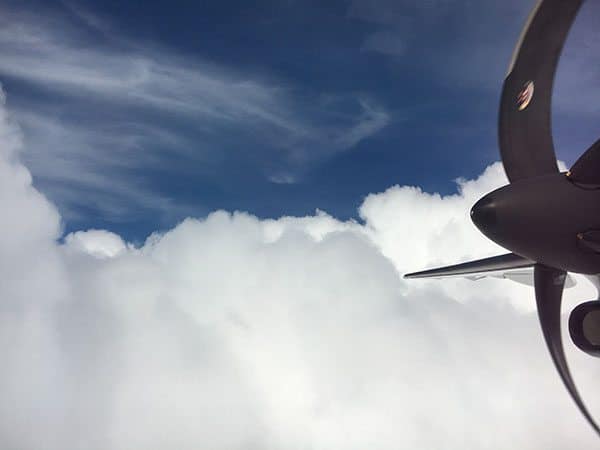 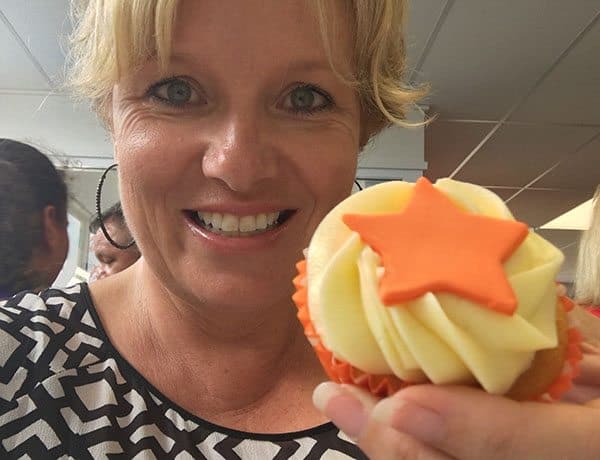 a Morning tea served for the locals who came to welcome Jetstar into New Plymouth. Who doesn’t love a cupcake?! 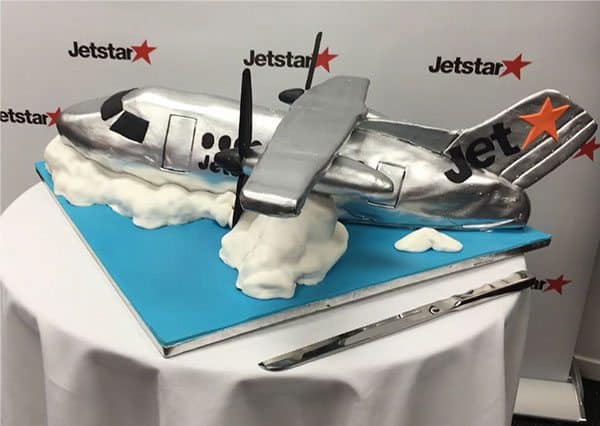 The welcome to the Naki cake!