So yeah, there’s plenty of sedate things to do in the Cromwell/Clyde vicinity like wine tasting, lakey things, driving around and photographing the scenery, eating at acclaimed restaurants, but for those who love the thrill of an adrenaline burst, riding a Fast Dash in a McLaren – New Zealand’s fastest car – is a MUST!

I did it six hours ago and I’m still, as I type, trying to calm down.

We arrived at Highlands Motorsport Park bang on opening at 10am and met the delightful team who will make you a coffee, check you in, tell you stories and show you around. There’s actually plenty to do here, not just fast laps on the race track… More about that at the end of this post.

So with a quick signature on a piece of paper that I did not read, I was donned with a fetching blue hair net and a helmet and squeezed myself deep into Bruce McLaren’s car namesake beside pro driver Andrew for the Supercar Fast Dash. This is what their website says about it: “Very fast & very sexy, the Supercar Fast Dash in a McLaren 650S is a true bucket-list activity. The McLaren 650S is powered by a 641hp, 3.8L Twin-Turbo V8. This machine can reach 100 km/h in less than 3 seconds with you in the car!” 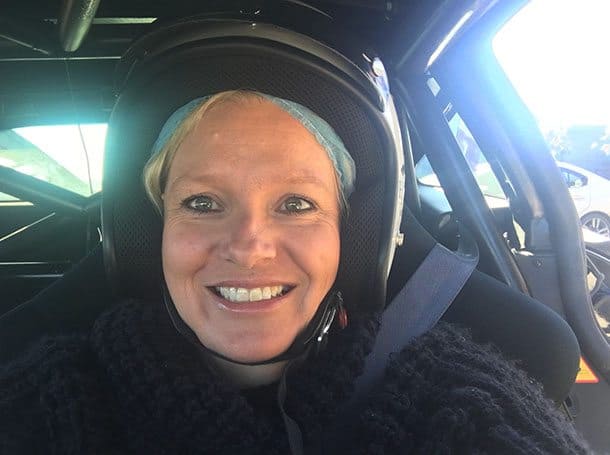 I haven’t even started yet and I’m so excited! 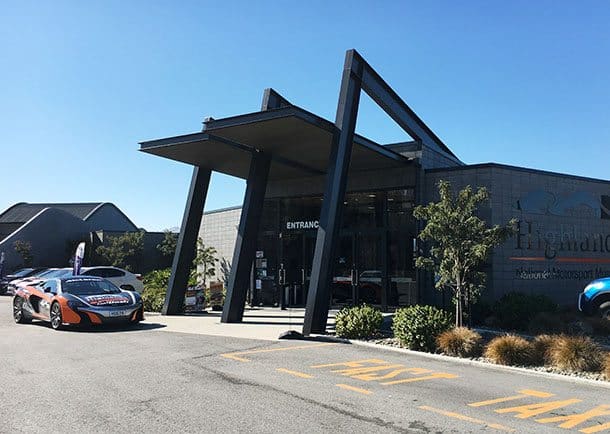 The McLaren just casually parked at the entrance…

As I was first up for the day (he took 35 people yesterday) I got a free warm up lap as we eased the tyres, engine and oil temperature into what was about to follow.

Then we were off. The G-forces pushed me back into the seat and my voice box went into overdrive as I live streamed the lap on Facebook (see that below!). Andrew changes gears in the steering wheel and brakes hard on the corners. My seatbelt was my saviour. We roared, we turned, we hooned over the edges, we whisked around chicanes, we became airborne at one point and after much shrieking, it was over. Then he kindly took me on a second lap where I could put my phone down and just get into the experience.

My palms were sweaty. Heck even my face and ears were sweaty. I’d had a coffee just before we went. Rookie mistake. It sloshed around for several hours.

What else can you do at Highlands?

U drive: This is where you get behind the wheel of a Radical SR3. It’s like a Le-Mans car but your pro is sitting beside you and I think I heard them say he also has control if you lose it!

V8 Muscle Car self drive: This is for those who get their rocks off at the sound of a V8. You’ll get full instructions, then you’re off.

Supercar Fast Dash: This is either in the McLaren (like I did) or a Lamborghini. You’ll go from 0-100 in 3 seconds and hit speeds of at least 295kph.

Fast Laps: Sit beside your race car driver and listen to the engine roar in a Porsche GT3. This is real racing!

Go-Karts: For adults or kids, you race these go-karts race on a circuit and your speeds are timed for extra competition.

Jurassic Park: A great activity for the younger, smaller kids who maybe can’t race the go-karts. It’s a 4WD tour through the forest block where you can find dinosaurs.

Car museum: Owner of this place, Tony Quinn, has a priceless collection of vintage cars right through to one of only 24 Astin Martins in the world. Your blokes will wander in silence.

Cafe: A new cafe is being built ready for the annual November race day with a huge balcony overlooking the race track. They’re about to open a new “wine cave” which looks like a gigantic wine barrel where probably 30 or 40 people will be able to fit to taste local Central Otago wines – and buy it! 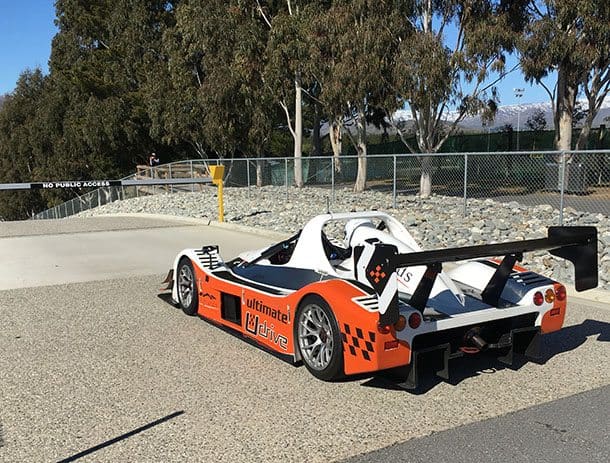 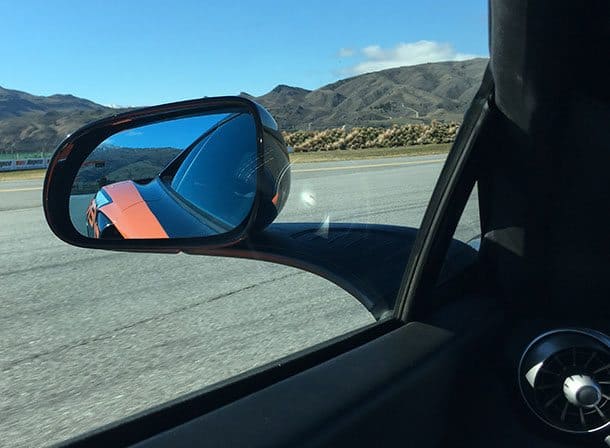 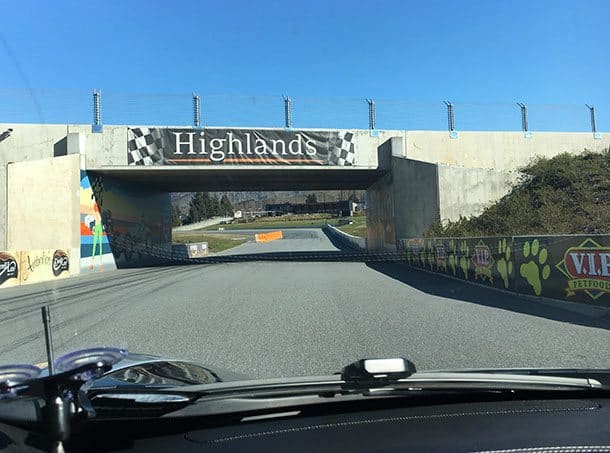 Where to stay: I stayed just down the road at the beautiful Heritage Boutique Lake Resort Cromwell. We had our own jacuzzi underneath with ducks swimming up the deck and a huge verandah upstairs with a spacious kitchen and dining room. Perfect base for everything in this region.

Hi I am looking at booking my future Father in law a ride in a Mc Laren car in New Zealand. The person I am seeking the ride for is actually Bruce Mc Larens nephew here in Hamilton and has pictures and stories to tell. Would you please contact me to see if we can make arrangements for his ride in a Mc Laren car.

Hi Marie, I was only a guest of McLaren at Highlands Motorsport in Cromwell, but they now own Hampton Downs too. You can find the contact on their website http://www.highlands.co.nz/