I’m not ashamed to admit it. I joined a group of celebrity stalkers on TMZ’s open-sided bus and for two hours kept my eyes peeled for famous Hollywood stars… 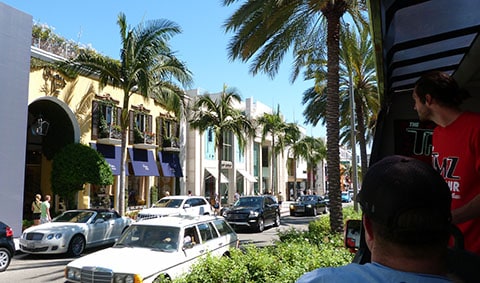 These TMZ Tours are part of the hugely popular TV show. The footage collected while driving around looking for Will-I-Am standing in line at a food truck or Ellen de Generes pulling alongside at the lights for a chat ends up on telly.

And (usually) it’s not that hard to find them. Why? Because many of them tip off the show as to where they’ll be having lunch, shopping or getting their hair done. Yep, that’s how it works out here in Los Angeles. If your star is beginning to lose its shine, just make a quick call to your insider on the show and voila, you’re snapped looking fabulous at a farmer’s market.

Charlie was our guide. He’s Australian. A little odd, because even he admitted to not knowing who a (shineless) celebrity was handing out flyers for a show as we drove down Hollywood Boulevard. But as it happened more of the guests on our tour were from Downunder than America. 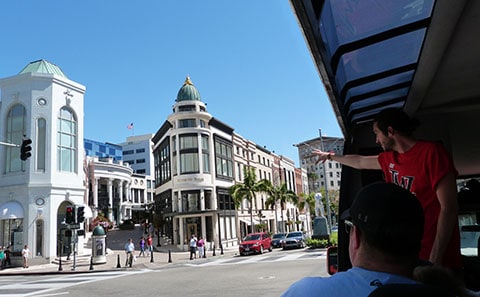 “Are you famous?” yells Charlie on Rodeo Drive

The whole tour is great fun with clips from the show shown throughout and a bit of movie star history tour of famous work places (Brad Pitt once had a job wearing a chicken suit to promote a restaurant on Sunset), studios, buildings used in movies.

Alas we only had one false alarm when one of the girls on the bus thought she’d seen Nicole Ritchie. To win a TMZ T-shirt, she and Charlie leapt off the bus and ran into the shop. Embarrassingly it wasn’t. She was threatened with having to whip her own T-shirt off as a sacrifice. 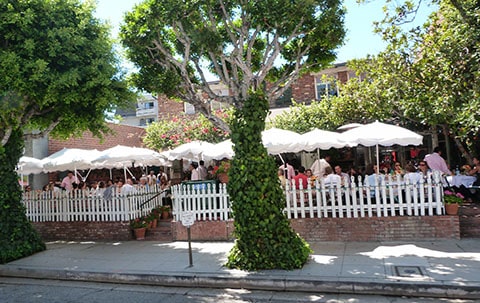 How about here? Anyone call ahead to let us know you’ll be lunching at the Ivy?

At US$55 per adult or $45 per kid for 2 hours, I think it’s great value. And knows, maybe it’ll be you squealing like a school girl when you get to ambush your Hollywood crush.