Skulking through the cemeteries of New Orleans

Home » Skulking through the cemeteries of New Orleans

Touring the dead centre of New Orleans is actually a thing! A proper, organised, pay the guide, thing to do and one which is morbidly fascinating to many tourists. And me.

Driving into the city you see tombs of all shapes and sizes rising out of the ground. Why, I wondered, almost stupidly because it makes perfect sense… 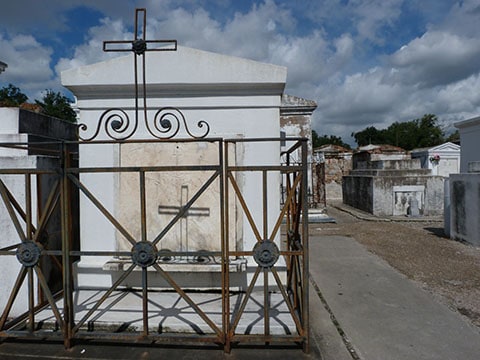 Sunlight plays onto the vaults in St Louis Cemetery Number 1

The water table is too high here for people to be buried under the ground because over time they’ll move around. So from way back to Spanish then French times before the city belonged to America, and probably learning the lesson the hard way, they are all above ground vaults. Some are elaborate, some just merely practical and many hold a couple of hundred years of family members.

But some vaults are built just for one person, like this one for an infant. It’s only ever been used once. 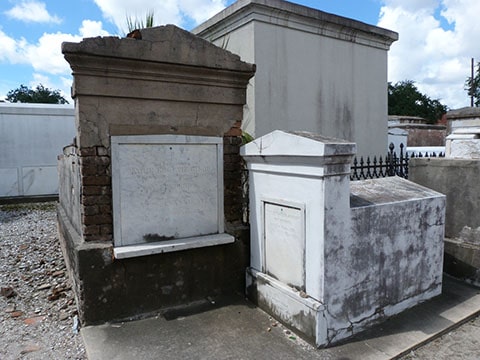 One of the saddest vaults in the cemetery

I am with Dave from Tour New Orleans wandering through St Louis Cemetery Number 1. It’s just outside the French Quarter, bordering Treme, and is the oldest in New Orleans, dating back to 1789. There are 700 vaults containing several thousand bodies in here. 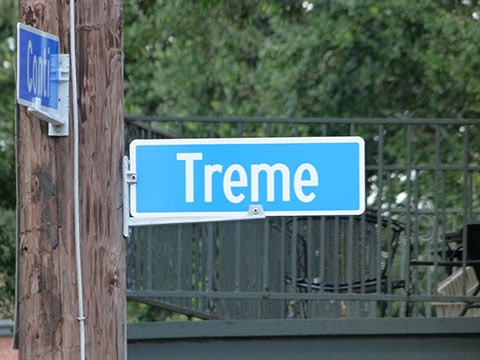 This pic is for fans of the TV show Treme, set here in New Orleans

Legally the body must stay in the vault for one year and one day. Often they’re in there longer than that, but if you have another family member who has died, they need to use a rental for one year and a day and then they can be reunited. 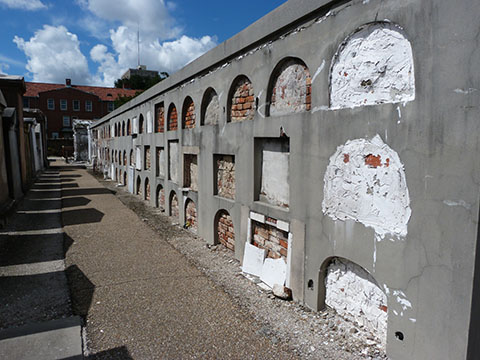 By the time the concrete seal is smashed open, the body has been “cremated” by the sun over the year and the grave-man uses a long pole to push the bones to the back of the vault so the next body can be loaded in. Some families have the bones and bits put into an urn or bag and then placed below in a caveau (or cave). This is where we get the saying “I wouldn’t touch it with a ten foot pole”!

Although Catholic, this cemetery is a pilgrimage site for Voodoo practitioners too as Voodoo Queen Marie Laveau is entombed here. Her plain square vault is tagged with lipstick XXX’s as she was also a beauty therapist and people leave odd things at this “shrine”. Do not lean against it because that lippy is fresh, as one lady in a cream dress on my tour discovered. 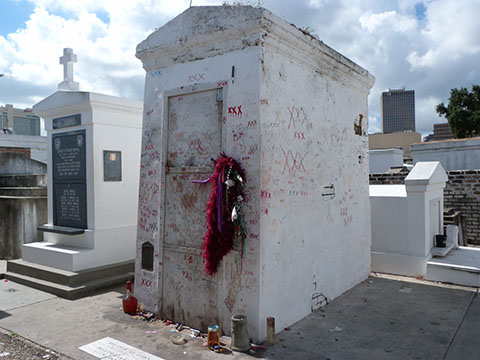 City mayors and founders are also here, and so is this very odd structure built by actor Nicholas Cage in 2010 for him to be interred in. 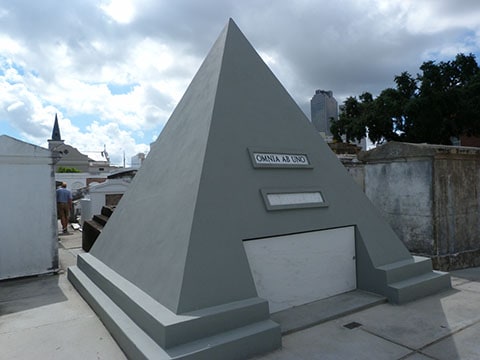 Nick Cage’s unusual looking vault. A little out of place in this historic setting

Our tour also took us to Congo Square where jazz music began. I totally recommend this for a couple of hours. 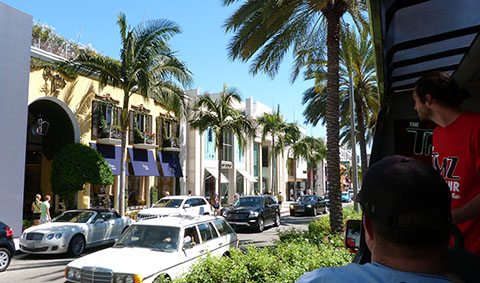 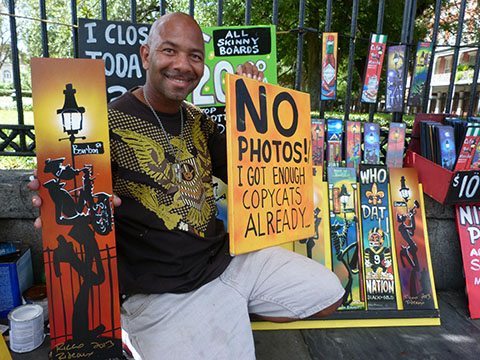