It just came up in passing while I was in Seattle that there is an entire network of underground streets and old shops, some still in use, under the city. What! Who knew? Certainly not me. 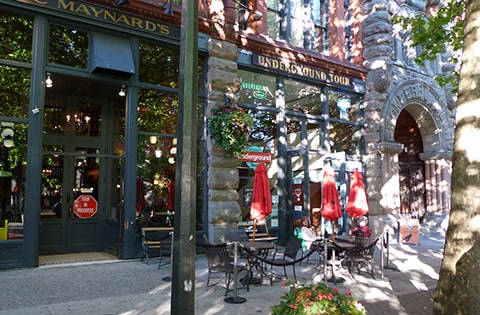 Have you heard of Skid Row? It originated here, actually as Skid Road, named for the logs that were shoved down from the highlands to the waterfront lumber yard to be shipped around the world. (Keep that fact in your head for your next Pub Trivia night.)

But Seattle was (quite short-sightedly) first founded on low lying tidal land which would flood and become muddy and unusable. It caused no end of worry, especially when it came to sewer systems (a single pipe running down the hill to the sea which would get blocked during floods. Nice).

All the waterfront buildings were made of wood and on the afternoon of June 6, 1889, the city was changed forever. The local cabinet maker knocked over his hot glue pot which caught fire and burnt down 25 city blocks.

The Great Seattle Fire had two upshots: the rat infestation that was bringing fleas and disease to this mucky, sopping part of the city was halted and the opportunity to rebuild up the hill suddenly presented itself. 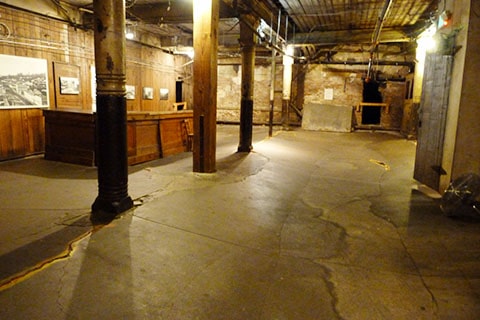 An underground bar left as it was for over 100 years

After that a new edict was enforced that new buildings must be made of brick or stone and that they would rebuild the city a story higher, above the troublesome water line. 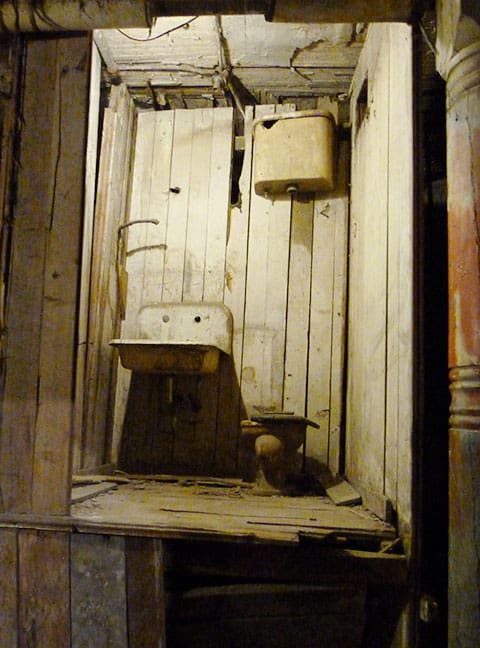 At the time the people who had lost their businesses couldn’t wait for what some predicted might be 10 years before the regrading of the new street above was finished with the limited engineering knowledge and materials of the day, so they reached a compromise: They’d slap up new shops and pubs on their original sites while the city was rebuilt above them, eventually allowing them to use their second story as their new street frontage. 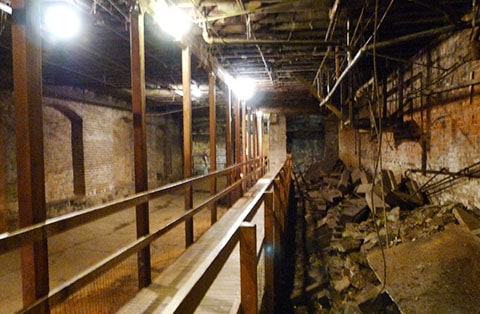 Shop fronts and pubs didn’t have elaborate entries because everyone knew they were temporary. The street is laid over the brick archways above.

After the new Seattle was built on top, the buildings below fell into disrepair and disrepute. Gambling halls, speakeasies and opium dens meant underground Seattle was eventually closed off and today only those businesses who own their buildings with basements can use them. 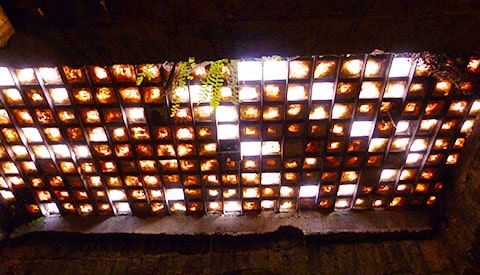 One of the few remaining glass pavement skylights that have survived. 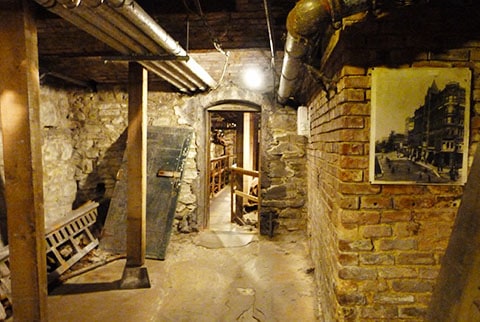 But this whole area owes its preservation to a Mr Bill Speidel. In 1965 Pioneer Square was about to be dismantled, but passionate historian Speidel managed to stop that work and it was he who started the Underground Tour that I find myself on.

I skedadled from Pike Place down to Pioneer Square on 1st Ave  (now two blocks back from the waterfront) to take the last tour of the day (at 6pm) where I listened to a witty retelling of life in the 19th century, then disappeared down various staircases under the streets to wander past derelict shop fronts, through pubs, under glass skylights in the pavement above and past brick walls that for a while were still used with ladders to get up and down (I’m picturing women in their 1890 dresses and petticoats climbing the ladders with groceries and kids under each arm). 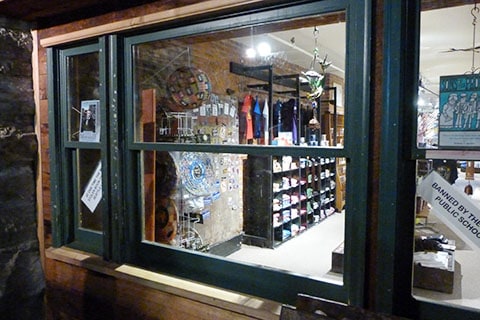 As we finish the tour we pass this underground shop front

A fascinating 75 minutes and for $18 with a guide that is quite hilarious and brings this era to life, well worth it.