See the Sistine Chapel or buy the shoes…

That was the dilemma I faced on my last day in Rome. I had done a quick dash through the St Peter’s Basilica the night before, but as it was close to closing time, I sped through having no idea just how much time one should set aside for the Vatican. It is a separate city afterall!

I had also ticked off the Colosseum where gladiators used to be faced with wild animals and crowds would cheer maniacally as one inevitably ripped the other apart. 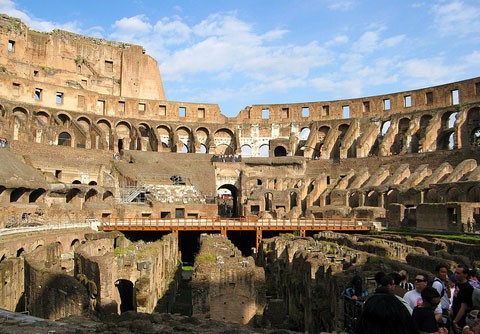 I had walked down the famous Spanish steps edged in brightly coloured flowers in the Spring to the street boasting Italy’s best designers – Gucci, Christian Dior, Hermes, Salvatore Ferragamo and Georgio Armani. I even saw a homeless man was wearing an Armani coat. But I guess if that’s all you’ve got to throw out, then that’s how it rolls over here.

Trastevere would be my pick for where to eat as it’s full of bistros and bars, live music, freshly cooked pizzas being ferried to diners chatting with friends under umbrellas and carafes of chianti on the tables.

And then I saw the shoe shop. It was inconspicuous and I only stumbled upon it while trying to avoid the over zealous African traders trying to force a fake bag onto me. The shoe shop was having a sale, but figuring the two pairs I was already purchasing were enough, I resisted the hot red stilettos made from the softest leather with thin straps to tie around the ankle.

Alas every girl knows that if an item haunts you long after you’ve walked away, then you must have it.

I confess, I’ve never seen the Sistine Chapel… But I figure it’ll always be there. Those shoes, on the other hand, would not. 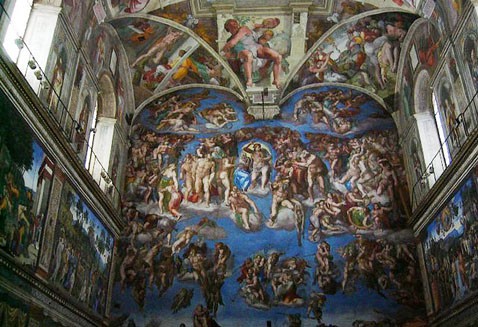 Michaelangelo’s art on the walls of the Sistine Chapel. Pic from FlyNutAA on Flickr