May 2015: It’s been two months since category five Cyclone Pam slammed into Vanuatu, uprooting trees and hurling corrugated iron roofs through the angry sky, stripping leaves off coconut palms and generally making one hell of a mess.

I arrived yesterday and today I headed out to one of the most popular attractions from Port Vila : a day tour with Evergreen Tours combining snorkelling and a bbq lunch with the villagers of Pele Island.

This is a warts-and-all photo blog! 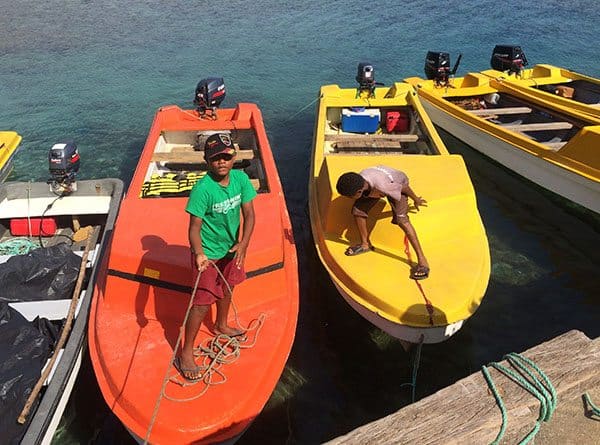 The boys get the boats ready 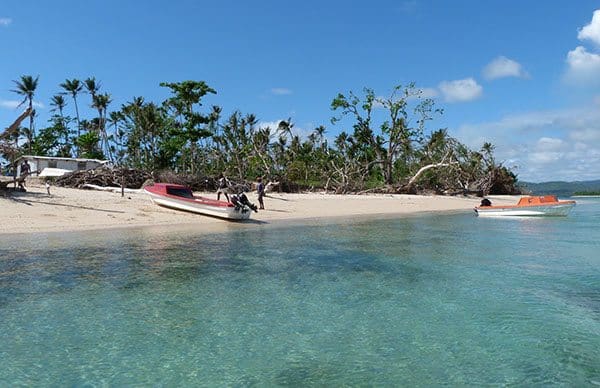 Interestingly the driver of my tour today hadn’t been out here since the cyclone and commented on how much wider and more beautiful the beach is. Apparently the trees grew closer to the waterline, but were destroyed. The islanders have tidied it up and now he reckons, this is better than before. I thought it was pretty perfect! 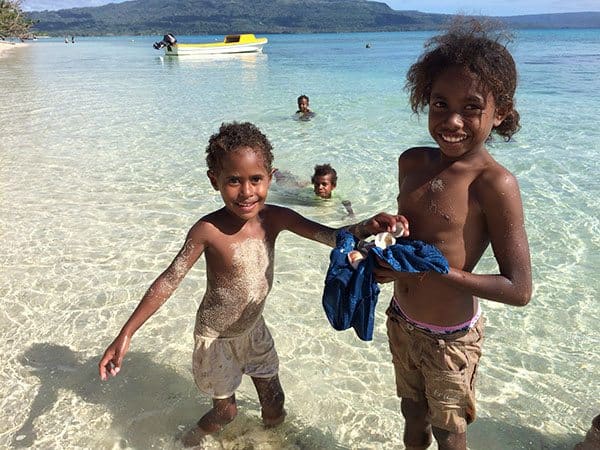 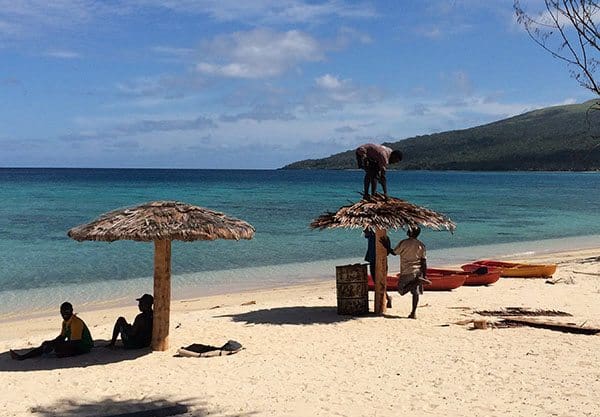 Some of the local guys repair the thatched beach umbrellas 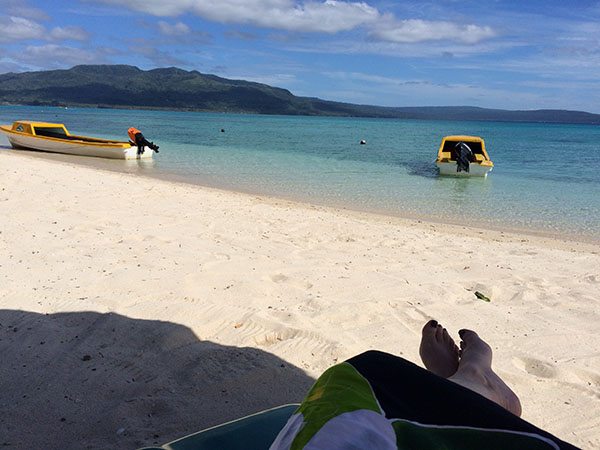 I went snorkelling on one of these boats and the fish were amazing. 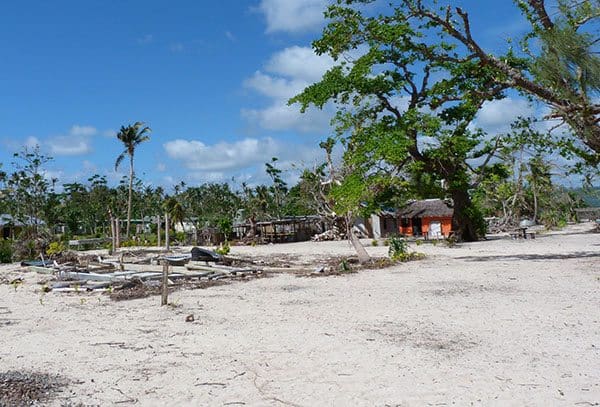 We went for a wander through the village, supported by Evergreen Tours. While most houses have been rebuilt, here’s one that hasn’t. No one died here. They told me that when the roof blew off one house they just ran to the next! 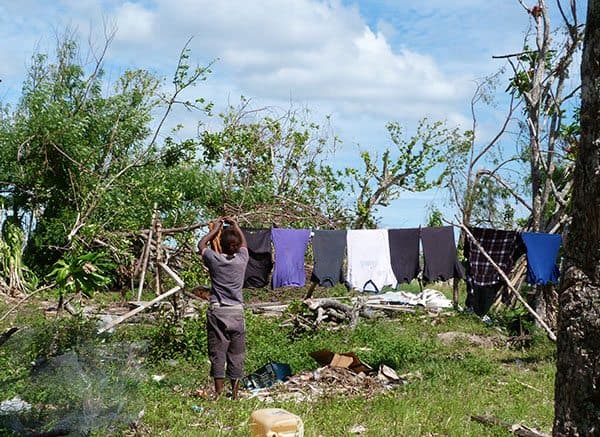 Hanging out the washing 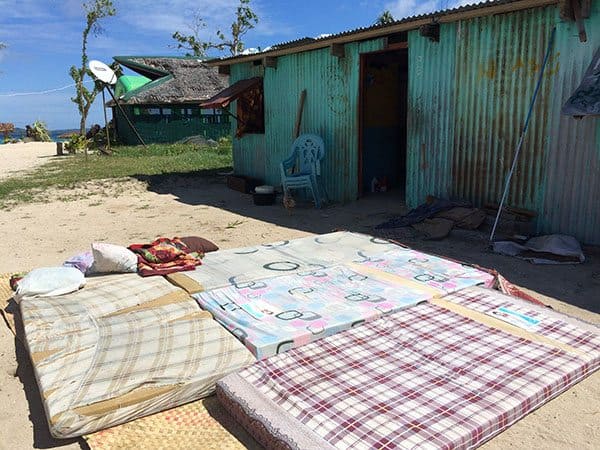 The satellite made it! This is for French TV, I’m told, and these mattresses for lazing in the sun I guess 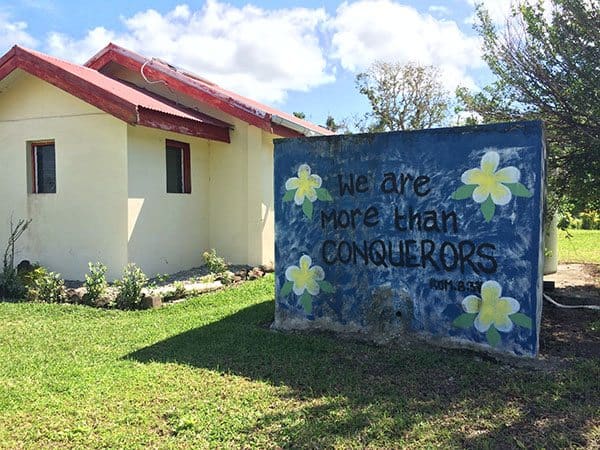 We are more than conquerors. Indeed.

Read my post on 5 great places to stay in Vanuatu!