I think if I was move to the US, it’d be Washington DC I’d set up in. The main reason is that it’s nice and close to friends (who are just up the road in Delaware) and my brother and his family are down in the Cayman Islands, so that’s just a short slither south when the DC winter kicks in.

I lived pretty much on the perimeter of this great city for a year as a high school exchange student and just popped back for Thanksgiving in the aforementioned DelaWHERE? But this time, leaving DC I had the chance to spend a night and chose the very cool Liaison Hotel right on the footsteps of the Capitol Building. Well, a briefcase throw anyway (read 10-minute walk). 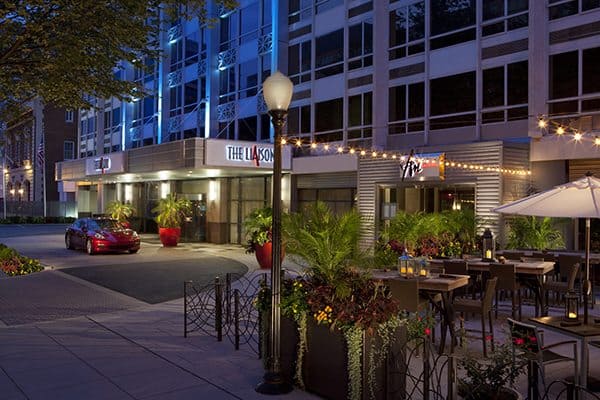 The 4-star Liaison has been newly ordained into the Joie de Vivre (JDV) group of hotels, of which I have been a fan for about 10 years now. They are expanding faster than my suitcase and now include Commune, Thompson and the soon-to-be-launched Tommie hotels.

It was a cool December evening when my cousin and I checked into a double Queen bedroom with the dark, button-studded leather headboards towering over crisp white bed linens and accented in the room with deep browns, black and a splash of “power” red. 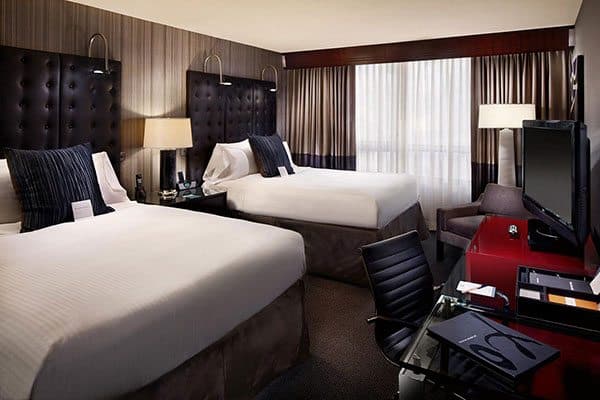 My cuz and I stayed in this twin room. Stylish, right?

The majestic Capitol Building was shrouded in scaffolding at the end of the street when our Uber pulled in. It was lit ghostly white in the fog and looked shrouded in mystery to me. This is obviously a hotel for briefcases, but if you’re in town for a few days as a tourist, it’s only a 7-minute walk from Union Station to get anywhere via the clean and efficient Metro system. It’s so nice and central to the Mall too, which runs from the Capitol all the way past the Washington Monument, stretching three kilometres to the Lincoln Memorial. 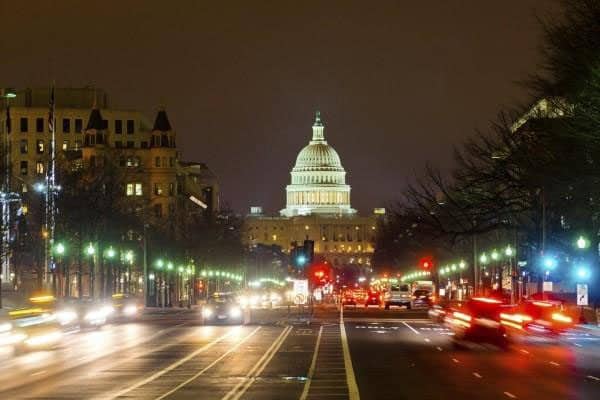 The Capitol Building rises from the end of the street

The Mall is a must-see in DC, edged in museums and galleries and most visitors never see much else, but step back just a block or two and there’s a whole lot more culture and entertainment to keep you busy for days.

The Newseum is definitely worth visiting – and allowing at least two hours, if not four. Believe me. In fact your ticket is good for two days and I know people who have gone back. Just the Pulitzer prize winning photo gallery will have you gazing in wonder, awe and sometimes sadness and horror for a good half an hour.

But back to the Liaison Hotel… it boasts the largest rooftop pool in the city (open in the warmer months of course. And it gets seriously hot in this city in summer!) It is a hugely popular hotel for Kiwis visiting the powerhouse city of the US for its great location, so easily walkable to everything. I love this sentence on their website (wish I’d written it): “Each of our 343 guest rooms evokes a strong handshake: warm and inviting, with statement-making modern furnishings, brushed stainless steel accents, and a workspace that blurs the line between business and pleasure.”

With free WiFi, luscious beds and pillows like puffs, plus a cool bar and restaurant in house as well as that rooftop, I can totally recommend the Liaison for your DC stay! 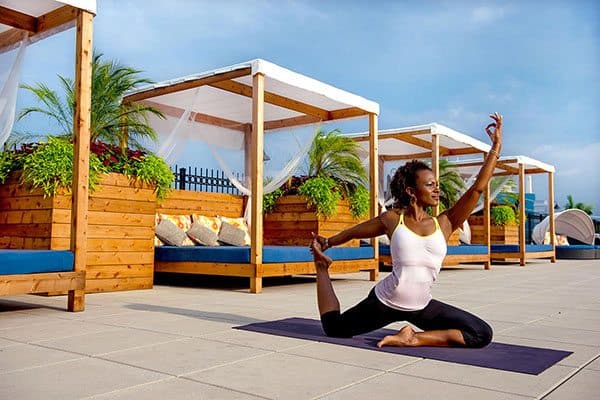 Yup, this is me…. Pfft! But this is the rooftop on a summer’s day at the Liaison