When you think of the Margaret River region you probably do not immediately think of the underground caves that hide beneath your feet. And fair enough. There’s a few other A-List attractions (like wineries and beaches) to check off your list first.

But my interest was piqued when driving along Caves Road. What is this Caves Road?, I said to myself. Where are the caves? I did a bit of research – or more precisely, saw more signage and decided to have a look at Jewel Cave. 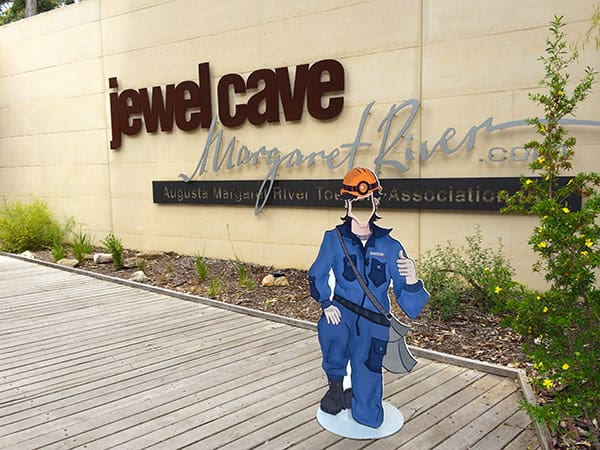 Jewel Cave is widely regarded as the best of the lot. Well, at least the best one that receives visitors. It’s 1.9km long under native karri forest and opens up into four huge caverns. It is also the home of one of the longest straw stalactites in the world at a whopping 5 metres.

I was the last in the line for the tour and tasked with the job of ‘class captain’ to close the door behind our group of about 25 as we descended the steps into the low lit under ground wonderland. 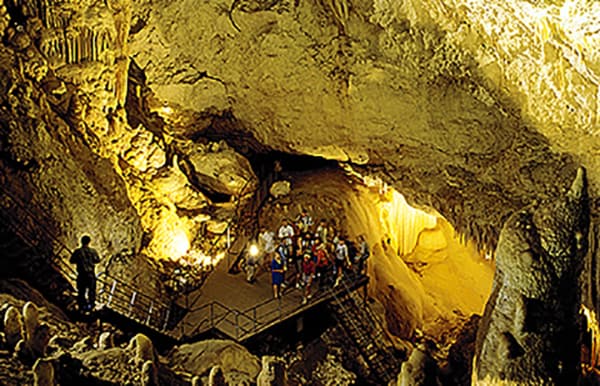 Pic from the Jewel Caves website – because my camera can’t capture the magnificence!

Note: Wear sensible shoes because there are lots of steps, although no rough terrain. They’ve had engineers down here to make it people-friendly. Including the lighting which is a spectacular feature illuminating vast caverns and highlighting the intricate and surprising formations.

You don’t have to try very hard to let your imagination run wild. You’ll see waves, candle wax, coral, frozen waterfalls and even intricate art that looks like forests or broccoli. The one I stared at the longest was the bacon shawl. Truly, that’s what our guide called it. And as soon as he says that you’ll go, oh yesss! For some reason the water that trickles through over the millenia to create these formations kept its colour from the tree roots and plant life above instead of washing through like everywhere else down here. The result is a remarkable piece of calcium rock that looks like a shawl streaked with bacon. 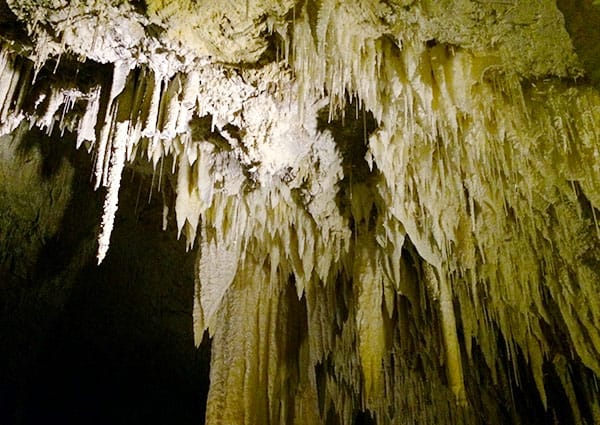 Just a glimpse of some of these centuries old formations

Guided tours run on the hour from 9.30am until 3.30pm, or buy a three-cave pass which you can use over 7 days to see Jewel Cave, Mammoth and Lake Cave. It’s fascinating!