As I gaze around the room at the sumptuous furniture arranged in front of a large walnut wardrobe and off the right, my claw-foot bathtub here at The Willows in Palm Springs, I wonder whether the great professor pontificated much on his theory of relativity while staring at the same canvas. I ask my husband what relativity is. He doesn’t know either. Clearly the room does not impart Albert’s spirit. 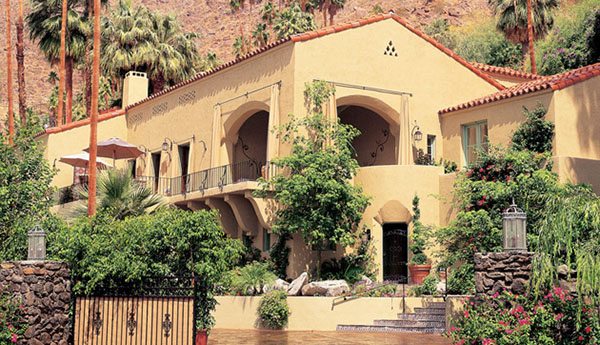 Instead I look to the left through little French doors where two sun loungers are positioned for a morning coffee and the newspaper in our own private courtyard surrounded by surprisingly lush foliage for the desert. With only six rooms at this boutique B&B at the foot of the San Jacinto Mountains and within walking distance of the main street of Palm Springs, there are little nooks for snatching quiet moments everywhere.

The Einsteins arrived in Palm Springs in 1933 after escaping Hitler’s Germany (persecuted for his “Jewish” physics) and would stay here at historic Willows House as friends of then owner, wealthy New York lawyer Samuel Untermeyer. The famous scientist was as hunted by media in the 1930s as the Kardashians are today. Except he hated them and avoided them like the plague. Albert and his second wife (and cousin) Elsa liked hiking in the canyons, which is wickedly harsh countryside as I discovered this weekend, and probably not the place a pap would think to look – or would bother looking. 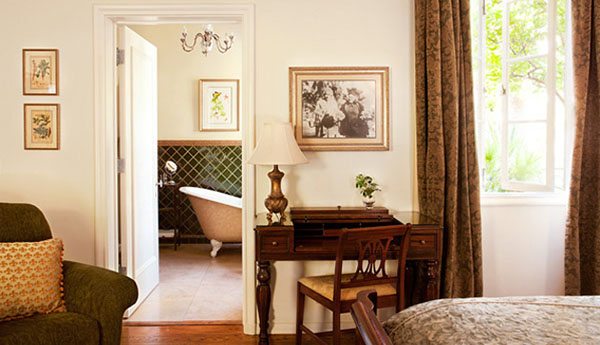 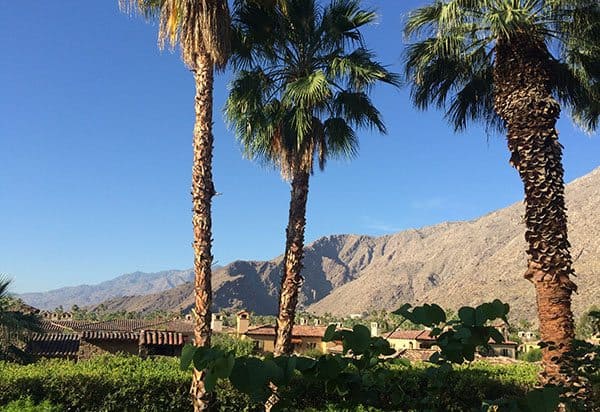 The view from the balcony of the Marion Davies room, named after the 1930s actress who lived here in later life.

Palm Springs used to be the hangout of the rich and famous, then had a hiatus of celebrities for some reason. Today they are creeping back as some start to buy homes here in the searing desert about two hours drive south east from LA (on a good day). As long as you have air conditioning, you’d be very happy here. If you didn’t you wouldn’t.

But it’s amazing what can grow in the desert. Brightly flowering crimson bougainvillea cascade over the walls under soaring palm trees and the predominant style of architecture for houses and shops on the main street is Spanish adobe style. There are no fast food joints along the main street, Palm Canyon Drive, instead restaurants and cafes, small shops and little alleyways. Every Thursday evening it’s a riot of colour at the weekly street festival with tents lining three blocks, street musicians and homemade lemonade stands, art, clothing and produce. 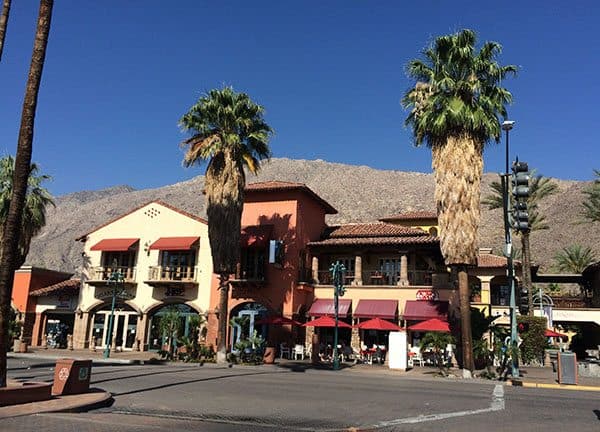 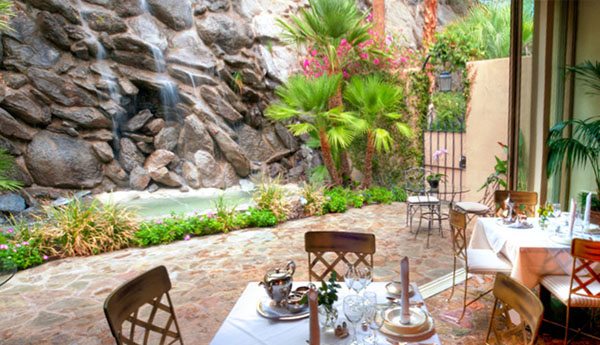 Breakfast at the Willows is taken between 8.30 and 10am in the dining room with monstrous glass doors flung open onto a courtyard with a waterfall (the water recycles, we’re in the desert remember) splashing over the rocks that hold up the hill the building nestles into.

At the very top is O’Donnell House, owned by the same doctors who bought the Willows 20 years ago and turned it into the successful inn it is today. They have lovingly restored both properties and the latter was registered in the National Register of Historic Places in 2011. It’s a pretty spectacular view up here and an easy (albeit not helped by the heat) climb up the steps from the Willows for a nosey. The perfect spot for a wedding or event, I determine, before teetering down in my “town” shoes. 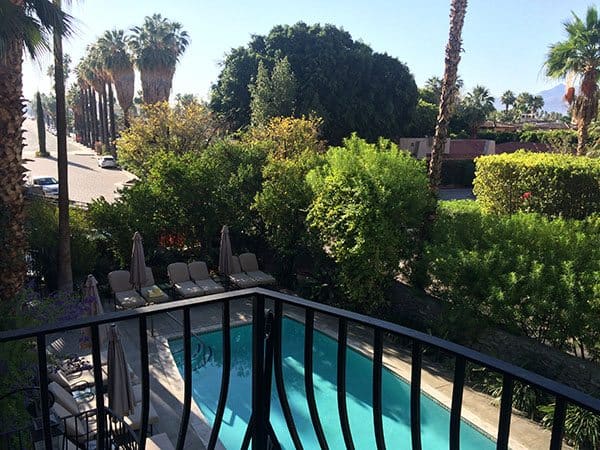 Time for a dip?

The Willows is closed from June to September, during the height of the desert summer, but its uniqueness and excellent location make it an absolute must-look if you’re after a quiet, elegant retreat.

And when in Palm Springs, the two things you might want to do (cos I did!) is visit Joshua Tree National Park and take a wind farm tour of the 2000+ windmills that look like an 8000-acre sculpture park as you drive into the city. (Those posts are coming up!)