I’ve been coming to Washington DC since I was an exchange student in the 80s. (Shush please). 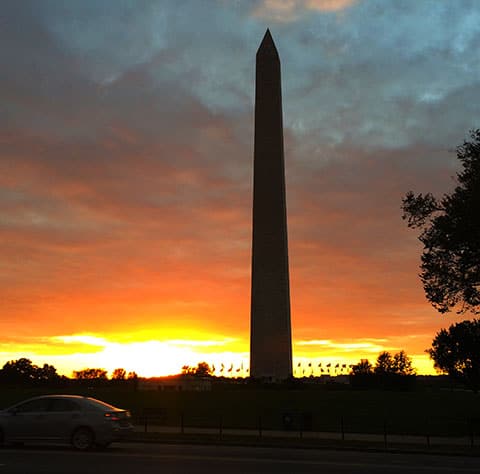 The sun sets behind the Washington Monument

It’s always been a great city for lovers of museums and monuments, memorials and the odd gawp at the president. Ok, well the last one never happens because he is seldom on the road, his motorcade would create too much of a snafu. Instead he helicopters out of his back lawn to Andrews Airforce Base and gets on with his day.

Back when I used the roam the mall it was all about the Smithsonian Institute of amazing museums. But wait! DC has changed, even in the four years since I was last here. You’ll find shopping and restaurants and bars in various neighbourhoods, all begging to be patronised.

Here are 3 places I found for a drink in Washington DC:

The W Hotel (formerly the Hotel Washington) is the closest hotel to the White House and frequented by its inhabitants daily. Sweep through the lobby, past Primea, the southern Europe/Mediterranean-inspired restaurant, and up to the rooftop to POV Lounge. 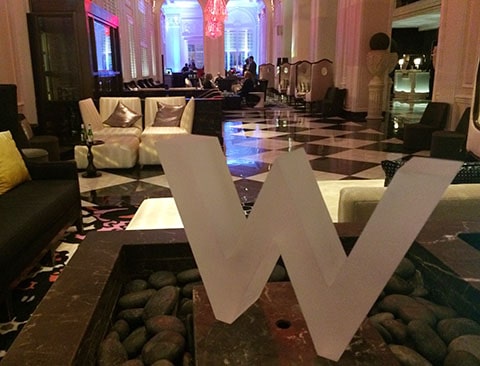 Overlooking the president’s back lawn and armed with a cocktail named Marion Berry (after naughty mayor of DC Marion Barry), I was waiting for the chopper to land. Alas he stayed in when I was peering expectantly over the balcony. But his many underlings were huddled in groups of after work hilarity all around me. 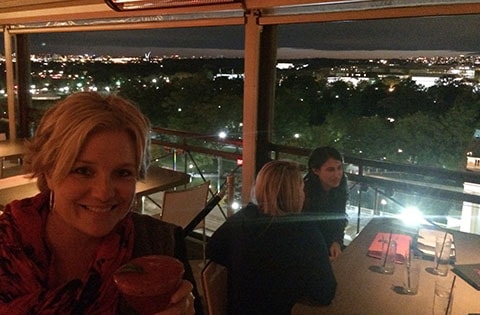 Me and Marion and the President down below

POV Lounge has had a makeover and while still retaining its low-key charm (think canvas tent-like ceiling and wobbly tables), there is more seating, more tables and the entry has a call red tape looking art installation. A nod to the bureaucracy below. A cocktail here is about $14. 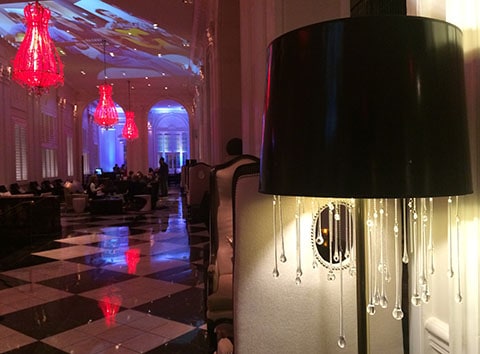 And one more in the lobby of the W Hotel

The Gibson, 14th and U Streets

Probably the coolest speakeasy you ever did find. And I mean “find”, for the The Gibson is behind an unmarked door next to a pulled-down roller door and if you didn’t know you wouldn’t know. Fortunately we knew, although without the helpful directions from the maitre d at a restaurant a block away, we wouldn’t have. It’s in the 14th and U Street neighbourhood, which once was a dive but now is the place where hipsters hang. Like us. 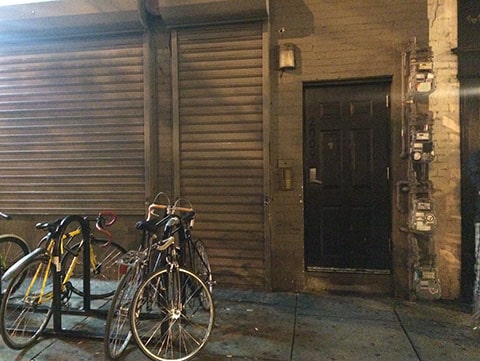 Knock, knock! The Gibson on 14th and U

Our names were already at the door. Which was fortuitous, because if they weren’t the preppy-looking bouncer behind the grey door would not have allowed us in. He did and we were shown into the dimly lit bar where our dreadlocked bartender left us for a good 10 minutes to browse cocktail menu. It’s extensive and knew just how long to give us. 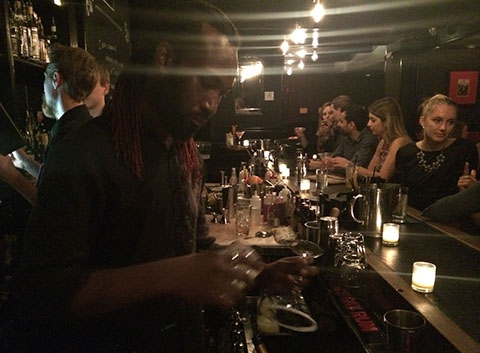 Sugaring the glass at the Gibson

I started with The Things I Still Remember, which was like a pisco sour for $12. We had a couple of local friends joining us and they were only allowed to do so because there were 2 seats at the bar and I put their names at the door.

My next cocktail was the Pixie’s New Parlour Trick with bourbon, peach liquor, raspberry syrup, lemon and bitters. $12

Make sure you put your name down here because it’s a cool little bar. 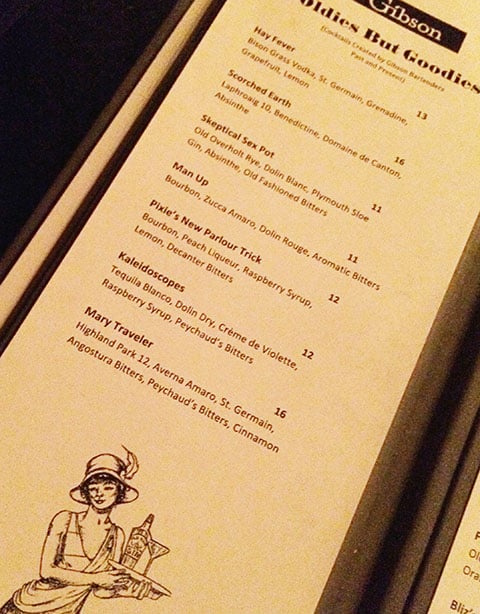 This gorgeous hotel oozes luxury. It has a lobby looking out onto a courtyard full of foliage, fountains and fairy lights and beehives on the roof. Yes! Beehives. Not that I was allowed up there to see them, but being allergic anyway, I wasn’t bothered. 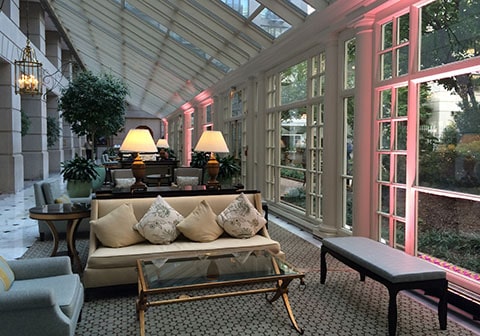 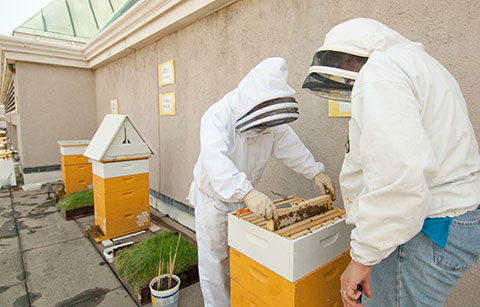 Beehives on the roof of the Fairmont, DC

We all know bees are having a hard time finding organic flowers to dabble their legs in these days, so this initiative means the hotel makes its own honey. They have also partnered with 10 local DC schools on the Junior Bee Keeping Program providing these cool pop-up bee pollinators to bring back the bees to Washington. 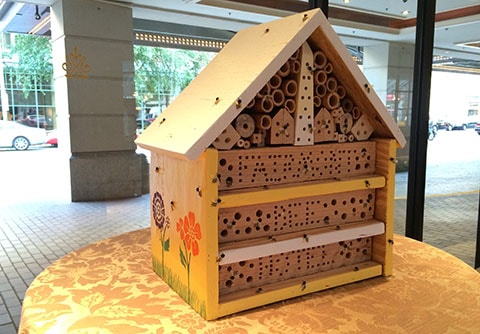 The pop-up bee pollinator. You can make this at home!

And all that means is that there is a very moreish signature cocktail called the Beetini on the menu. Served in a martini glass with a little piece of honeycomb in the bottom, it’s a great start to the night. And proceeds go to the Bee Keeping Pollinator program. 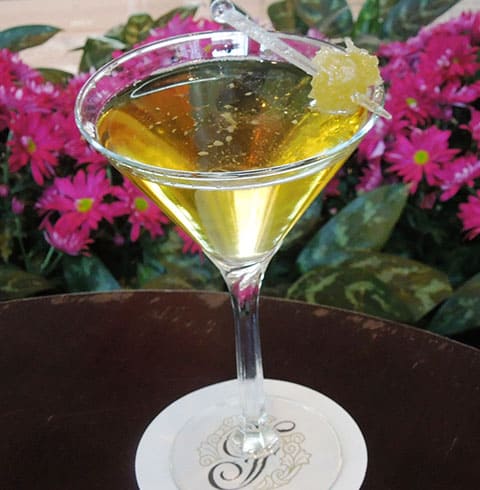