Whether you’ve got your own boat and want to brave the tides, or you take a ferry from downtown Auckland, and cruise the upper Waitemata harbour, past the Chelsea Sugar Factory, Kauri Point, Hobsonville Airbase, Herald Island, the Poremoremo inlet and Huapai Golf Couse to the Riverhead Pub it’s a great way to spend a Sunday afternoon.

Tootling past Westhaven Marina and under the Harbour Bridge

If you don’t have your own boat, book a ferry with The Red Boats or the Riverhead Ferry which depart from downtown Auckland. 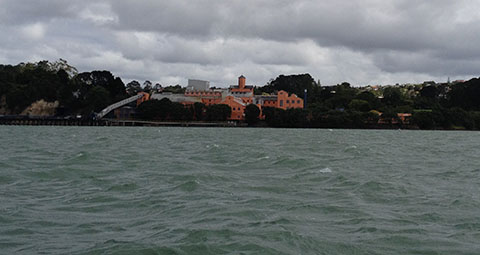 It was a bit lumpy out here so my pic is not that clear!

Meanwhile, I travelled in convoy from the Outboard Boating Club in Orakei on their family day out with my cousin and her family, and 166 more of us. Although some took their cars, which in hindsight was a great idea as the wind and swells really got up! 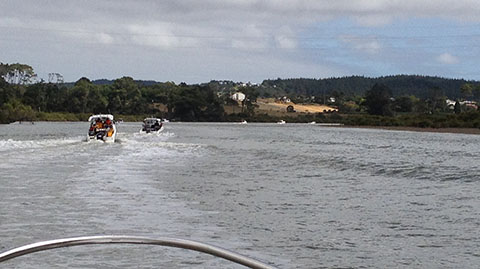 Cruising past the Hobsonville Airbase around Herald Island

The Red Boat is docked out front 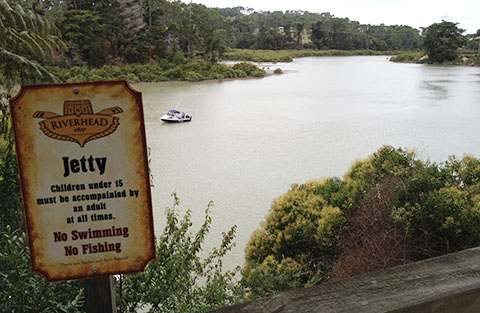 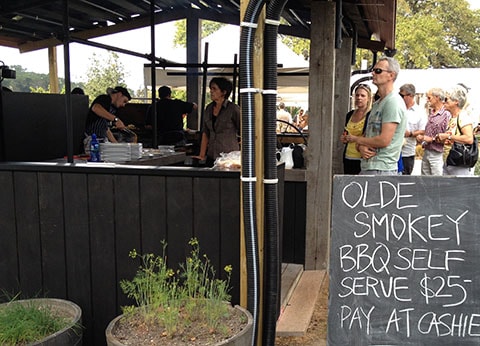 It’s BBQ time! On sunny Sunday’s the Riverhead can do 2000 covers. 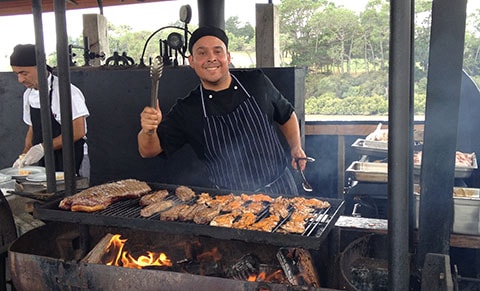 It’s non stop sizzling – except for a quick photo

Live music starts at 2pm on Sundays at the Riverhead Pub which is one of the coolest places to spend an afternoon. In 2010 new owners Stephen and Paula bought the pub which was in receivership and frequented by a rather shady clientele. They had been sailing the world for 9 years in a boat they had built themselves before becoming landlubbers. It’s been such a successful venture, they haven’t had time to look back! 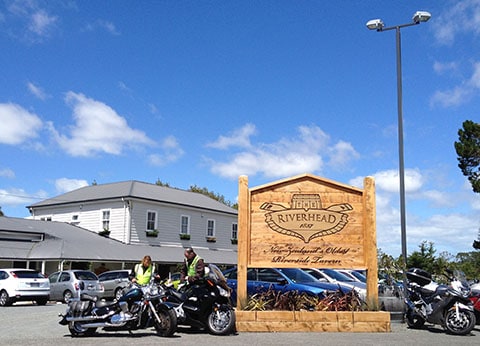 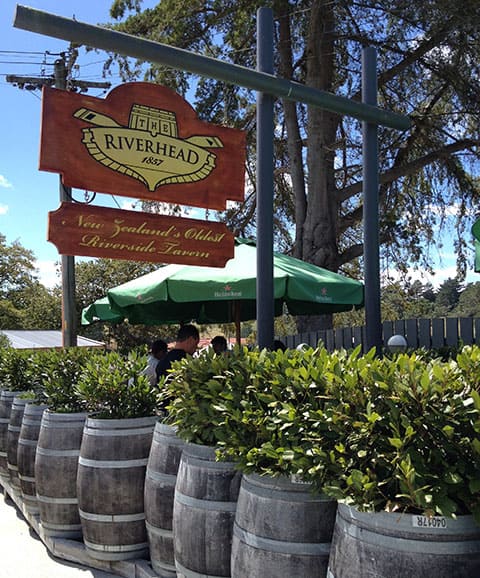 The Riverhead is the 2nd pub in New Zealand to have applied for a liquor license and Stephen and Paula have done a ton of research and printed out century-old newspaper articles mentioning the pub and its sometimes dodgy past! 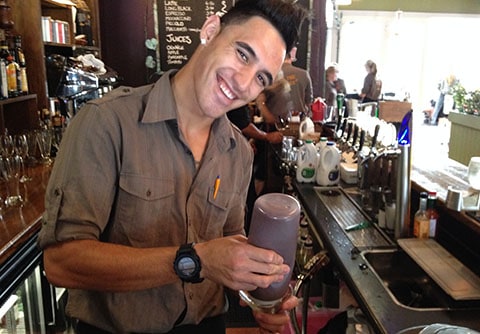 Andy whips up a chocolate martini with a flirty smile 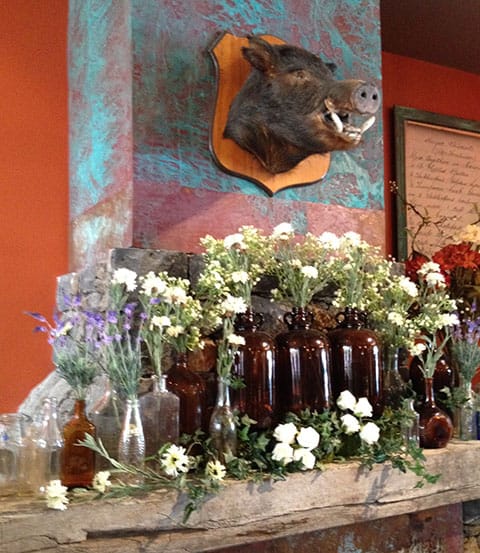 This boar watches over one of the dining rooms 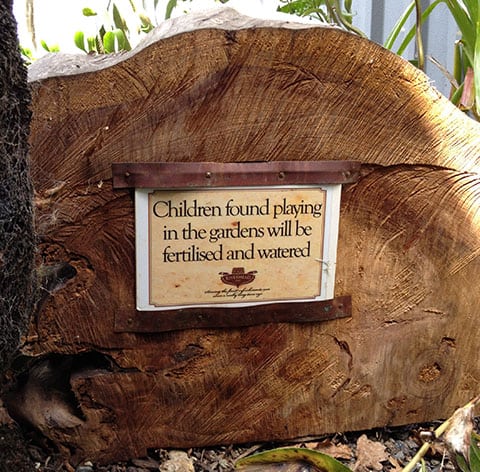 Gardens sprawl all the way down the water – and kids are discouraged from playing in them!

We set off just on high tide where the upper harbour was nice and calm. It was a different story heading into the wider harbour with an extreme wind warning in force, swells and gusts of up to 40 knots! 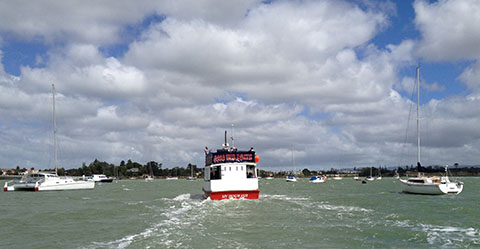 Next time we have visitors from out of town, we’ll be bringing them here for sure.