This post is for girlfriends and wives and anyone who’s ever been dragged to any kind of sports game. Ever. A game to play on your own to keep the boredom at bay – and no one knows you’re doing it!

This game is the perfect ruse for looking captivated, because frankly, you will be.

It needs to be at a stadium where sponsors logos are on display, but that is the only requirement you need to occupy yourself for at least a few minutes before you need to focus again on the activity in the centre.

This game also works equally well for live sport when sitting in front of TV or at a bar with over excited fans screaming all around you.

So if you’ve exhausted the amount of times you can get away with nipping to the loo, this game will get you through! 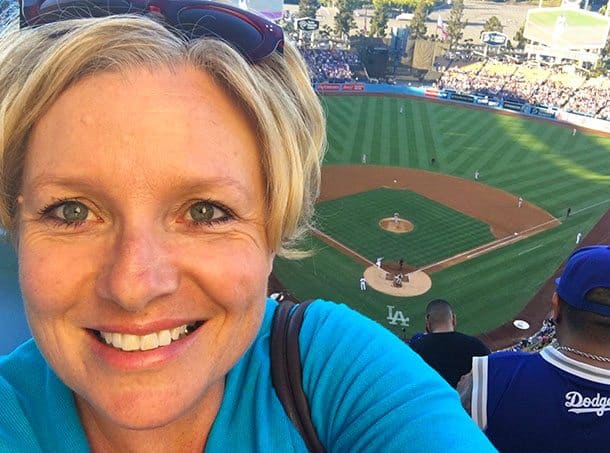 I played the game at Dodger Stadium in LA!

What is this game?!

My mum Joanna, who has sat through more than her fair share of rugby games on TV over the years, has invented a game (actually it might have originated with her sister Jackie!) to keep disinterested fans looking like they’re actually interested – and quite frankly to pass some time. We call it the game for wives and girlfriends, but that is to be sexist. Some blokes hate sport and some girls love it, I know, I stand in both camps depending on the tedium. (I’m looking at you baseball with no score after two hours).

It’s called the Alphabet Game and this is how you play it:

Using only stadium signage (sometimes you might bend the rules to allow branded team shirts, but only under extreme circumstances) you go through the alphabet from A to Z. No finding the S or the P out of order, although a good player will remember where those letters are when they get to them and dart their eyes back!

And here’s a heads’ up for rookies: the hardest letters to find are J, Q and Z (although here in New Zealand we can find a Z on the back of website addresses) so remember where you saw those because there’s probably only one!

Another complication is if the signage is one of those electronic ones that change, although the good thing about that is the game should take you at least an inning. (#baseballspeak)

So what do you think? Will you play it? 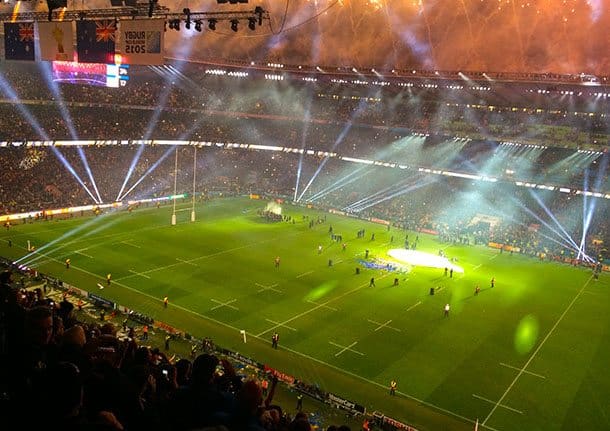 Yes I played the game at Twickenham at the RWC final 2015!