I set out to explore the underground canals of Paris where Erik (aka the Phantom of the Opera) lived. Of course you can boat along the Seine like all the tourists, pointing your camera at breathtaking sight after breathtaking sight from Notre Dame in the east to the Eiffel Tower in the west (which incidentally was built for the World Fair in 1897 and like a Christmas decoration was never taken down). 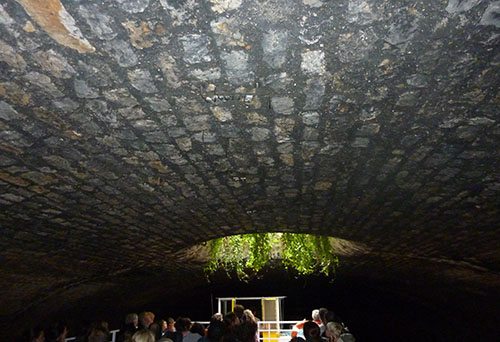 Ferns growing into the tunnel from the street

But like the intrepid journier that I am, I discovered (actually my colleague discovered and I am claiming it) Canal Saint-Martin where you can take a boat from Parc de la Villette to Paris Marina Arsenal or vice versa and spend a couple of hours. We started at Arsenal for a 2.30pm departure along the 4.5km canal which immediately took us under the streets and into the dark. Just the faint light of sky-lights in the road spaced about 100m apart and in the distance I could make out the end of the tunnel. 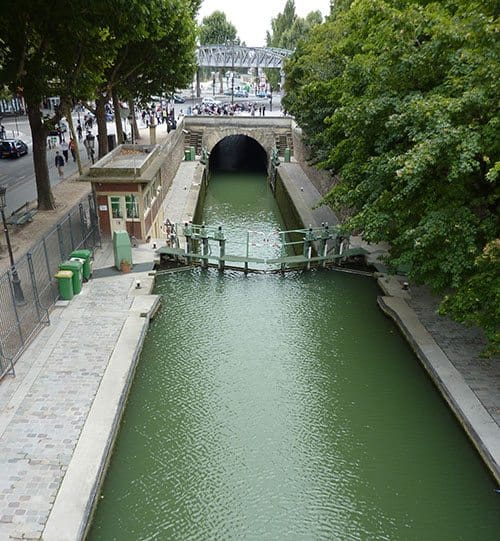 1930s war-time French music played on the open-top canal boat as we cruised into the first lock and passersby stopped to hang over the railings and watch us watching them. We all photographed each other and continued on our way past tree-lined streets with kids playing table tennis, old ladies yakking on park benches and bridges being drawn up to allow us through. 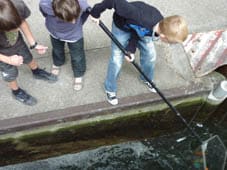 Looking for the pingpong ball

A cute French girl (well she was hardly going to be a kiwi I suppose) was our narrator in both French and English and even gave us a copy of the music that I just can’t get enough of. It smacks of frilly aprons and cocktails, quaffed hair and red lipstick and men in pilot jackets with short back and sides.