Delaware… DelaWHERE? (for those who have a fondness for Wayne’s World) is on America’s east coast, about two hours drive from Washington DC or Philadelphia. Some might cruelly refer to Delaware as the armpit of the US, but actually it’s a bit too low for that. More like the elbow.

However, this tax-free state is home to my dearest friends. Actually they’re more like family after I stayed with them for a year as a high school exchange student and have visited about 20 times since. They were in Maryland (just outside of DC) when I landed on their doorstep at 17 years of age, before the days of email and cell phones where instead I recorded cassettes to be sent home. I digress…

Yesterday was Thanksgiving, but before the turkey was even put into the oven, my “sister” Sharon had arranged that we would all run in the annual Turkey Trot. Well those of us she could cajole to run/walk the two miles anyway. She’d even gone so far as to purchase bright orange T-shirts for our team and huge letters and paints that became a craft event the evening prior with my nieces resurrecting their kindergarten talents of painting the palms of their hands with black paint and pressing it onto said shirts to make a turkey shape. (You have to use your imagination!) Then you paint your fingers different colours and they become four feathers. Kind of. 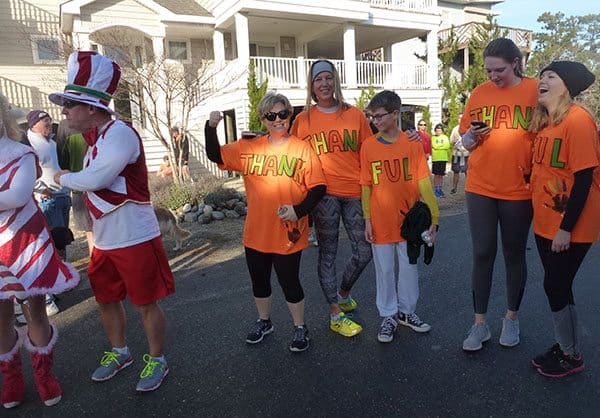 Anyhoo, at 7.15 we were up and stretching and heading down to the beach front where two story houses edge the wide sandy beach and about a hundred eager trotters were gathered, some in costume, many with dogs and lots with small children. I guess if the toddlers can do two miles, I thought to myself, I jolly well can.

The 8th annual Turkey Trot went off without a hitch, the winner of the best costume going to the turkey and the butcher and within the hour we were headed home where the smells of the real thing wafted through the house, green bean casserole (my FAVOURITE vege dish! In fact I love it so much I blogged the recipe last year to make it yourself) baking in the oven and mashed potatoes and a sugary, pecan sweet potato bake that arrived from Sharon’s house. The table held all 12 of us and much toasting, eating and drinking was had by all before we collectively fell asleep in front of the football on TV.

Happy Thanksgiving America, and to the rest of us who don’t celebrate on the last Thursday of November, I’ve started doing Thanksgiving/Christmas at home for my own friends around this time of year, because we all really do have things to be thankful for.

Thanks for having me family xx 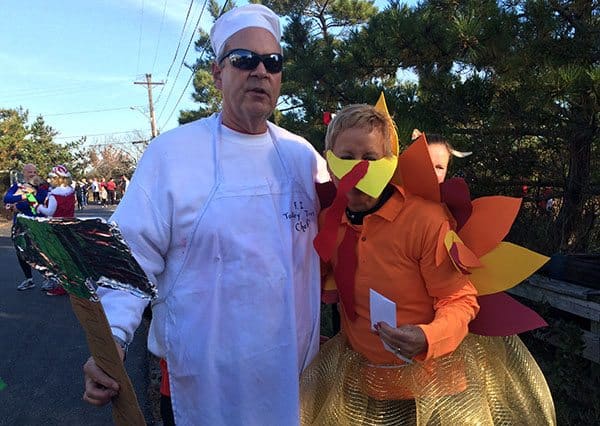 Costume winners at the Turkey Trot 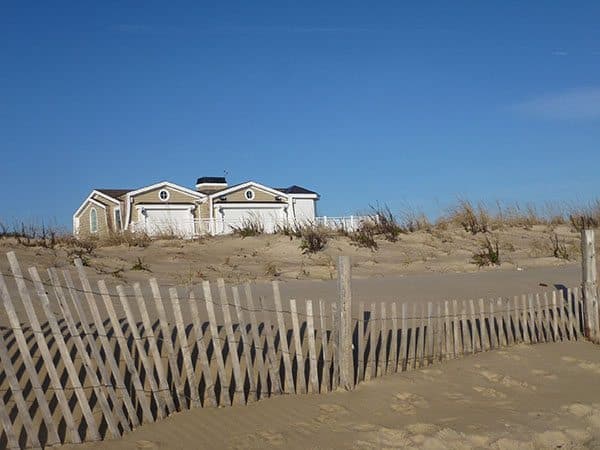 A stunning Fenwick Island beach house where we raced