This is a guest post from Adele Thurlow, who left her family behind and headed off to explore Lake Tekapo. Here’s her comprehensive review of great things to do. It’s long, but packed with helpful info, so settle in with a cuppa – or bookmark this page and come back later!

Which New Zealand lake features in Rough Guide’s top 20 lakes in the world?  Not Taupō, Waikaremoana or Wanaka – it’s Lake Tekapo, famous for its teal blue colour created by tiny particles of rock washing down from the glaciers.

As well as the world-renowned lake, Tekapo is famous for wild flowering lupins washing the region in a sea of purple, pink and blue in early summer attracting visitors from around the world. 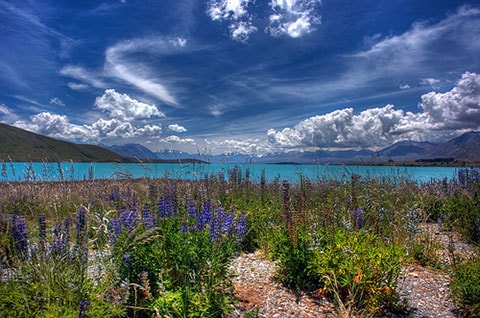 In autumn, golden spear-like poplars and bright yellow willow trees fringe Lake Tekapo and nearby Lake Alexandrina. (Incidentally, due to its nature reserve status, no motor-powered boats are permitted on Alexandrina – it’s rowboats only. Très romantique!) And, of course, in winter, the region’s breathtaking backdrop of the chiselled Southern Alps is coated in snow. It’s also not uncommon for snow down to lake level in Tekapo village. In fact, soon after my autumn visit, Tekapo recorded the national low of -9°C and around a metre of the fluffy white stuff. 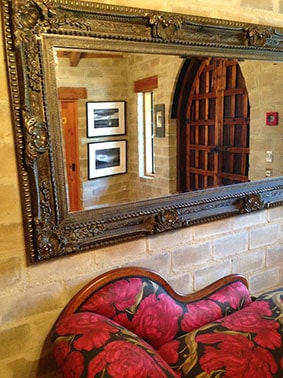 Don’t be fooled by the unassuming exterior of Lake Tekapo Lodge. Inside, it’s a treat for all the senses and particularly full of visual intrigue. Every surface is adorned with fascinating art, sculptures, furnishings and homewares. Completely styled by owners Stephanie and Alistair, the interior is a bold and clever fusion of contemporary New Zealand art, English and French antiques and sumptuous soft furnishings.

Stephanie has an enviable natural talent with interior design. Though the lodge rooms are already luxurious, they are underway with plans for new wallpapers, carpet and glamorous new bathrooms. 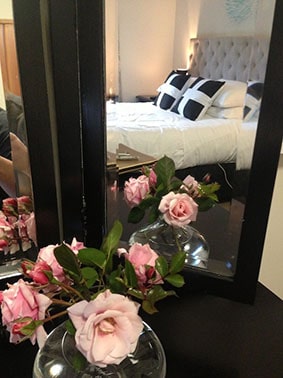 Alistair’s talent is clearly evident in the kitchen – it’s his domain as he whips up cooked breakfasts which leave many Kiwi cafés in his wake. Eggs and espresso any way you like is my idea of the ideal way to start the day.

While breakfast is included, dinner is by request – and I suggest you do! You’re likely to be served local salmon, venison or lamb in spectacular fine-dining style.

Both Steph and Al are natural hosts providing five-star hospitality with warm, down-to-earth delivery. Despite being relative newcomers to the Mackenzie region (they moved to Tekapo in 2012), they have quickly made many contacts in the community and will happily provide suggestions and arrange bookings for local activities. They also quite obviously enjoy long and entertaining conversations with their guests and I’m not surprised to hear they’ve received invitations from visitors who’d love to return the hospitality.

Where to eat in Tekapo

Tekapo does seem to have a lack of cafés but perhaps its because Run 77  does its job so well. With its kitsch mismatched furniture, local farming relics, farm-sized servings of delicious homemade fare and fabulous coffee by Hawthorne (NZ’s most awarded coffee roastery), it really doesn’t leave much room for competitors. All eggs are free-range from Mt Gerald Station as well as the beef, venison and merino – “from station gate to the plate”, as they say.

Mmmm a cup of Hawthorne coffee, best imbibed with a stunning view

For fresh, authentic Japanese with fantastic service and the best view in Tekapo, Kohan  is a must. The restaurant gets extremely busy, often with busloads of visitors at a time, but the service is still super-quick and the food is faultless. It’s also popular with locals, which is always a sure sign of a reliably good eatery.

A half-hour drive from Tekapo in the 1960s town of Twizel is a contemporary wee restaurant that would not be out of place in Ponsonby or Parnell. Shawtys boutique-like interior includes bold black and white embossed feature walls, crisp white surfaces, smartly upholstered furniture, huge ornate-framed mirrors, and glossy black and white tiles, juxtaposed against exposed brick and bare wooden floors. Very New York!

There is an à la carte menu and plenty of delicious cabinet food, but the pizza menu is hard to beat. Our lamb souvelaki gourmet pizza – seasoned lamb with a hummus and tomato base, red onion, mozzarella, red peppers, and topped with shredded lettuce and yoghurt dressing – was sensational. (Yes, shredded lettuce on a pizza works surprisingly well!)

See it from above

The laidback style of the crew at Air Safaris could really only be found in New Zealand and, in fact, probably only on the “mainland”. Never before have I been greeted by a wave and “hello” from the pilot performing his pre-flight checks as I approach across the car park. 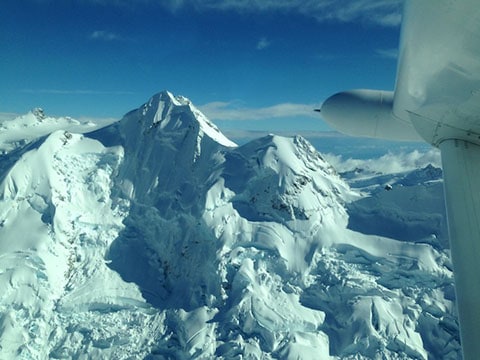 How bout this for a flight-seeing view?!

Don’t confuse the relaxed approach with being blasé though – Tim and the team are all highly experienced pilots and readily share their comprehensive knowledge of the “movie set” landscape below. The flight begins with a birds-eye view of the Mackenzie Plains’ geographic markings – the technical term for these is ‘moraine’: ridges of rocks and sediment carried down and deposited by a glacier. Following the length of the lake towards the alps, Tim points out one of New Zealand’s most isolated high country sheep farms. The 2246-hectare Lilybank Station is accessed by a four-wheel-drive track fording the Macaulay River; when the river is high, the station can be isolated for days at a time. Climbing up above the Southern Alps, Captain Tim makes impromptu tweaks to the flight path to account for rapidly changing alpine weather so that we get a decent view of Franz Josef and Fox glaciers as well as an eye-level flyby of Aoraki/Mt Cook’s “cloud piercing” summit. My camera barely has a moment to rest!

On a bleak autumn day, the inclination to change into swimwear and bare my lily-white legs in public isn’t strong. Though, when the water at Tekapo Springs is steaming hot, the pool view includes sensational mountain scenery and I can burrow under a blanket for an hour-long facial, suddenly motivation is not an issue. 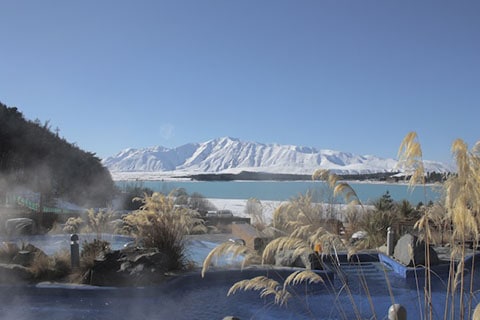 The Tekapo Ritual begins with a jojoba bead deep cleanse to get deep into skin pores before a specially selected serum specific is massaged in. At some point after that there was steam, a mask and nourishing cream but by then I’d mentally checked out and it is all a rather hazy, sumptuous blur.

The thought of standing outdoors on a hilltop in the chilly mountain wind listening to a lecture on astronomy reminded me of those dull school science trips where the best part was the rambunctious bus-ride there and back. But Earth and Sky’s night tour was nothing like it.

Arriving at the Mt John Observatory by tour bus (with headlights off to avoid creating light pollution), we met our guide Jake who had a natural and infectious enthusiasm for outer space. He named more stars, constellations and clusters than I knew existed and rattled off astronomical facts like it was common knowledge. Did you know, globular clusters are visible to the naked eye as faint, fuzzy stars and, at ten to twelve billion years old, are the oldest things you’ll ever see with your own eyes?  It’s all rather mind-stretching to comprehend!

The observatory is part of the Aoraki-Mackenzie Dark-Sky Reserve – officially approved by a global astronomical body and unofficially one of the biggest and the best dark-sky reserves in the world. Sadly, on the night of our tour, it was a full moon – the worst light pollution culprit possible. This made the night sky too bright to witness the usual abundance of stars but it did mean we got an uber impressive close-up of the moon’s surface, craters and all, through one of the observatory’s beasty telescopes. 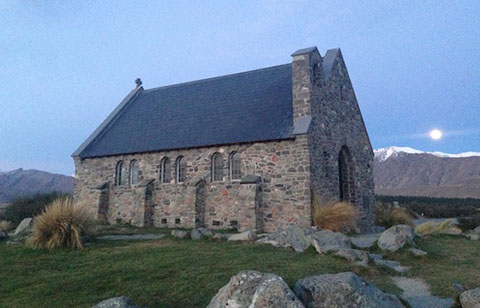