LOL, the Tate Modern is surely a joke!

Home » LOL, the Tate Modern is surely a joke!

I’m sorry but I just don’t get modern art! 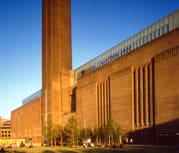 The awesome Tate Modern building in the former Power Station

This is my first travel story which was published in Next Magazine in New Zealand after my visit to London’s Tate Modern – which back then, was Britain’s new national museum of modern art and had just opened. Thought you might enjoy my observations of the ridiculousness of this art…

The skies were throwing it down the day I went and I figured, as it was so grotty out, everybody would be at home and I’d have the place to myself. Wrong.  Hundreds of soaked visitors were sheltering in the massive, sloped ground floor, browsing through over 10,000 titles of books or sipping on a cappuccino in one of the four eateries between levels 2 and 7.

The former Bankside Power Station, which now houses the new art gallery, loomed up in front of my dripping umbrella just as the wind caught me leaving me holding more of a martini glass than a brolly. Pulling myself together, I entered the old Turbine Hall which is now the ground floor and runs the length of this enormous building with doors opening across almost the entire width creating a breathtaking entrance.

Located on the south bank of the River Thames near Blackfriars Bridge you’ll find some of the most interesting and outrageous contemporary art from 1900 to present day. The four major categories are landscape, still life, nude and history along with special exhibitions. (Note: there are now many more categories.) 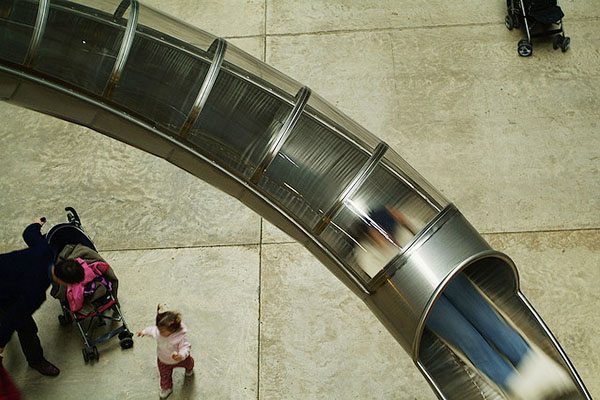 A slide installation in the lobby of the Tate Modern. Pic Flickr/S Pakhrin

Now I must say right up front that I don’t altogether understand modern art. However, I like to think I can appreciate what an artist is trying to say, and I certainly admire the hours and months of work that goes into a painting or a sculpture. But if tipping the contents of your ex-wife’s bathroom rubbish bin into a glass box is art, then I’m a toothbrush. This 1960 Armand Fernandez’ piece entitled “Condition of Woman I” was made up of used cotton balls, tampax wrappers, tissues, pieces of soap and goodness knows what else and mounted proudly on a display stand with a description plaque beside it.

I closed my gaping mouth, reserved my judgement and wandered around the wonderful Mark Rothko paintings, the Dali’s, Picasso’s and Matisse’s and marvelled at the frosted glass objects displayed precariously as a giant cube.  I then came upon what I thought was an incompleted room. Coincidentally it looked out over the unfinished (and at the time, closed) footbridge from St Pauls. It was made up of piles of white jib board with builders paraphernalia lying around including tools, a cigarette packet, matches and a dirty coffee cup. It wasn’t until I looked around the rest of the room and saw two more such displays that I realised this too was art.

I continued up the superb Herzog & de Meuron, Swiss designed, building to the fifth floor and walked through the nude section. Now I was expecting a little shock value or maybe even to be disturbed, but the first display I saw, projected onto the wall of the entrance way, was a black and white silent film. It was of a naked man gyrating furiously in slow-motion. I mean really – is it just me?

Paintings by Freud, Picasso, Degas and Bacon were all here along with some rather traumatic photographs by Tracey Moffat recording her turbulent life including a self-portrait after she had been brutally beaten by a boyfriend. (I thought, perhaps, Scotland Yard might be a more appropriate place for these.)

In the end I ran out of time. You should allow at least three hours for a really good look around. But after all is said and done, the Tate Modern is home to some amazing paintings and sculptures of every genre. There are great depictions of textures, and I had a good peer at the painting of soil that looked incredibly real. Visual conundrums and bizarre pieces abound. But I did wonder if everything could really be called art. I half expected someone to shout, “the Emperor is wearing no clothes!” 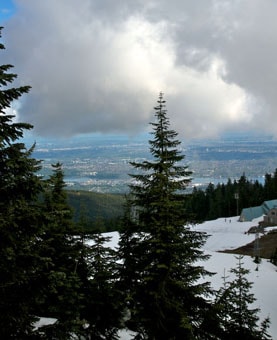 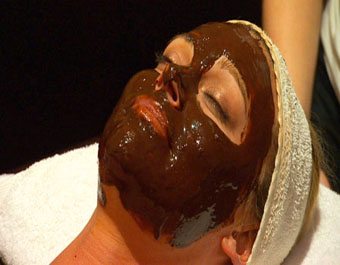 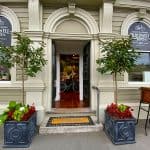