Sorry, but are you serious?!

Prestigious travel guide Lonely Planet has just released its annual coveted list of the best places in the world to visit in 2017, and New Zealand once again features! But who’d have thought Taranaki would make #2 of The Ten Top Regions in the World? Not me. Sorry Naki, but I just didn’t see that coming.

Says the Planet, “A new motto – ‘A Little Bit Out There’ – offsets the region’s remote location with a deliciously offbeat new gallery dedicated to effervescent kinetic artist, filmmaker, painter and poet, Len Lye. In nearby Egmont National Park, meanwhile, a magnificent hiking trail is emerging from the shadows to challenge the Tongariro Alpine Crossing as the country’s finest one-day walk.”

Last year Lonely Planet named Waiheke Island as one of the Top 5 regions to visit in the world and over summer the little island, half an hour by ferry from downtown Auckland, saw their biggest tourist numbers ever. This bodes well for our friends on the North Island’s quiet west coast. If that’s what they want…

I have visited New Plymouth, the main city of the Taranaki region, a couple of times in the past 12 months and while I do rate it, I’m still a little stunned. Maybe it beat out Central Otago or Hawkes Bay because it’s up and coming? (I’ll probably never be allowed to set foot there again at this rate!) However I do agree with Lonely Planet’s point that the Len Lye Centre is a gem. It is a collection of kinetic art and sculpture by one of New Zealand’s most renowned artists, who spent of most of his career forging a name for himself in Europe and New York, and who stretched his – and everyone else around him’s – imagination. It’s whimsical and mesmerising and the building alone, robed in stainless steel, is worth a visit. 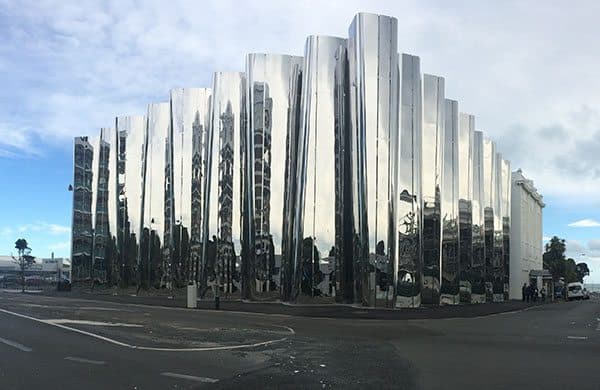 Here’s my previous post on how to spend a weekend in New Plymouth with a list of great places to eat, things to do and where to stay.

Congratulations Taranaki and may you enjoy the influx this award will bring you!