If the idea of backpacking your way through India, Myanmar Vietnam or Cambodia leaves you cold, then perhaps you’re more a glaveller? A glamorous traveller?  (I just made that up.)

It’s to let you know that luxury river cruise company Luftner Cruises, who are one of the leaders in 5-star luxury cruising along European rivers, is building fancy new state of the art boats that will take only 50-70 guests along the famous rivers of Asia like the Mekong, the Ganges and the Irrawaddy from next year. 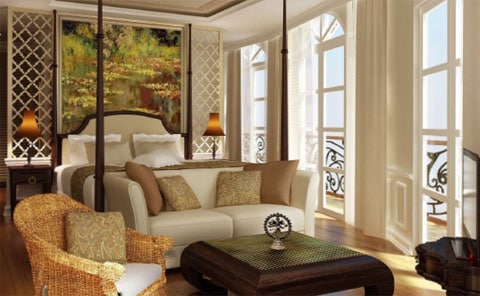 Yes is actually your cabin!

Oh how I would love to do this! (For research purposes, you understand).

Here’s an idea of what to expect when these new Luftner boats hit the rivers of Asia in September 2014:

Guests will stay in spacious suites with balconies, be served the highest quality local and international cuisine and get the chance to see some amazing sights and experience the culture by taking cool excursions at as many stops as they like.

“Up till now there has really been no operator on these rivers capable of meeting the demands of the sophisticated luxury sector,” says founder and director Dr Wolfgang Luftner. 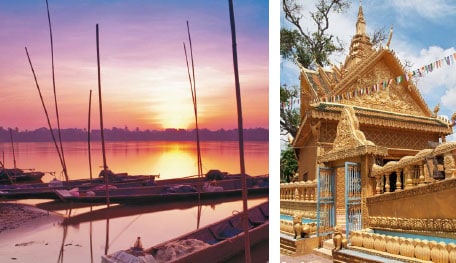 Sights along the Mekong River

2 countries/8 days connected by the Mekong River you’ll experience the contrasts of the vibrant cities of Vietnam and the turbulent history of Cambodia.

The trip begins with a visit to Ho Chi Minh City, the largest city in Vietnam, and takes guests to My Tho in the Mekong Delta where they transfer to the luxurious R.V. Mekong Navigator. The route follows the river which crosses the border into Cambodia at Chau Doc, passes the capital Phnom Penh and finishes in Siem Reap with an excursion to the magnificent temple of Ankor Wat. 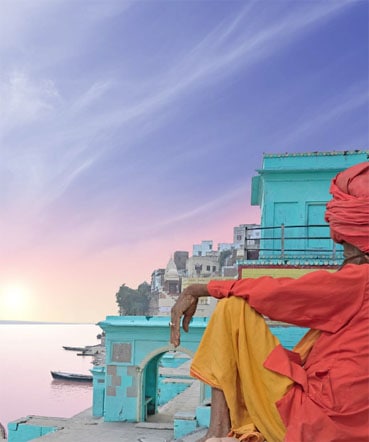 What a fantastic shot of the Ganges. Jealous much!

10 days experiencing the colourful culture of the Ganges onboard the elegant R.V. Ganges Voyager from Calcutta through the Indian states of West Bengal and Bihar to the holy city of Patna where passengers disembark, to transfer to Varanasi, one of the oldest cities in India and a centre of traditional Hindu culture and knowledge.

Other highlights are the cities of Kalna, with the most important Bengalese terracotta temple; Murshidabad with the famous Nawab Palace Hazarduari and the Katra Mosque of 1724; and the spiritual towns of Sultanganj and Munger.

10 days cruising on the Irrawaddy, also known as the “Road to Mandalay”. This is considered the jewel in the crown of the new Asian routes.

The river, which flows through areas of Myanmar (formerly Burma) which have not yet really been opened up for tourism, can be explored in comfort on the luxurious R.V. Irrawaddy Explorer, offering countless highlights along its banks.

Beginning in Yangon, the biggest city in the country, you travel via Prome, with its beautiful pagodas, in a northerly direction to Mandalay, enjoying sights like the historic royal city of Bagan with its 2000 preserved sacred buildings made of brick; the city of Monywa which houses the second largest statue in the world; and the village of Mingun with its unfinished pagoda ruins. 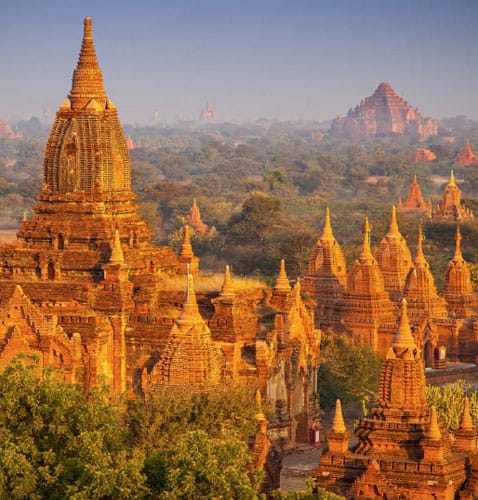 The awesome Temple of Bagan