Napier has the second largest collection of art deco buildings in the world, behind Miami. But in the 1980s they were in danger of being pulled down.

Before I tell you about this wonderful art deco city, let me tell you about part of my oral history because I grew up in Hawkes Bay and the Napier earthquake was something we studied in school. My grandmother was a young office junior further north in Hamilton and she remembers it.

A few days before the massive 1931 earthquake in Napier the animals were titchy.

Now we know why. 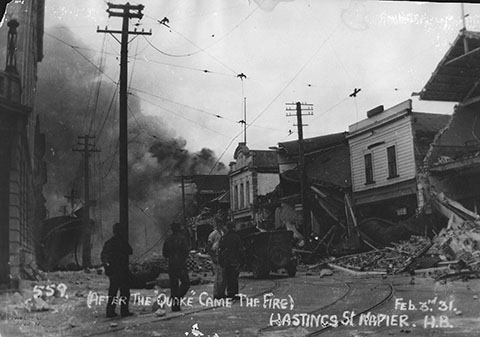 At 10.57am on a sunny summer February 3rd the earth exploded, a 7.8 magnitude earthquake heaving land upwards and out of the sea. Thirty seconds later the world burst into violent buckling and twisting and in three minutes the town of Napier had fallen to its knees.

As the veils of choking dust settled, survivors were met with a scene of devastation.

“Everything was so silent after it happened. “I thought we were the only ones left in the world,” said Mrs Edith Lane. (Art Deco Trust)

And if that wasn’t enough, fires broke out but with water mains broken nothing could be done to stop them. That day 256 people in Napier, Hastings and Wairoa were killed.

My cousin’s son had to do a school project in the ’90s where he interviewed some elderly folk who were children during the earthquake. He found one old guy who was a 16-year farm hand at the time and was left in charge that day as the farmer had gone into town.

He told Nicholas about the rumble he heard and the cattle that began rolling down the hills, and then he saw half the paddock just sheer off and watched the sea recede (we later heard about fish flapping on land that is now all part of the Napier airport).

He said his first thought was how was he going to explain this to his boss! 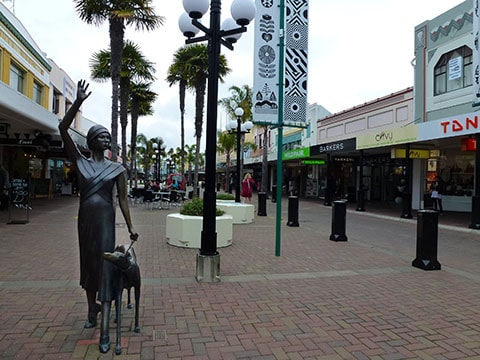 This bronze of statue of the daughter of one of the 1930s architects stands pride of place in Napier’s shopping precinct.

But like a phoenix rising out of the ashes, and remember this is the Depression of the 1930s, the decision was bravely made to rebuild the city.

The architectural fashion of the day was Art Deco and Spanish Mission styles with Egyptian and Mayan influences, so the four architect firms in the city banded together in one office and set about designing this new city. 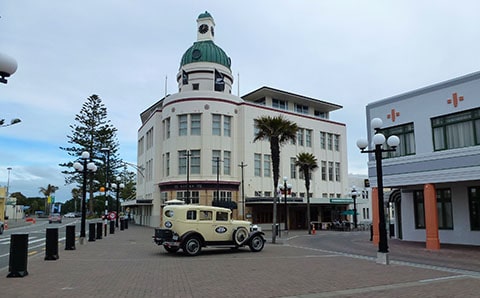 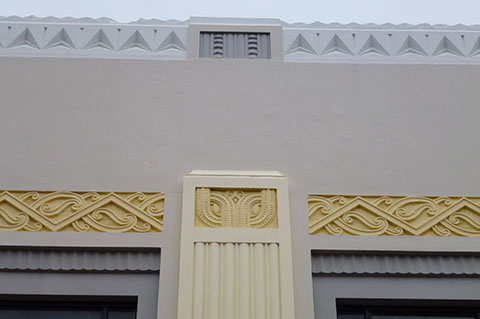 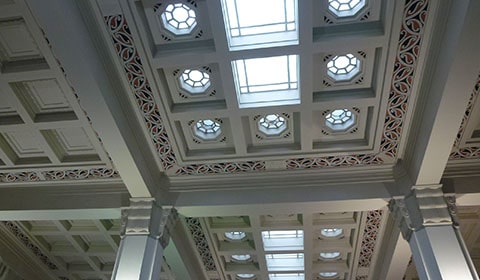 But Napier’s Art Deco heritage was never appreciated and in the 1980s, these “old fashioned” buildings were being pulled down and replaced with “modern” glass and aluminium office blocks decked out in corporate pink and grey.

I know because I was born in Hawkes Bay and remember thinking they were funny and dilapidated. Don’t judge me! 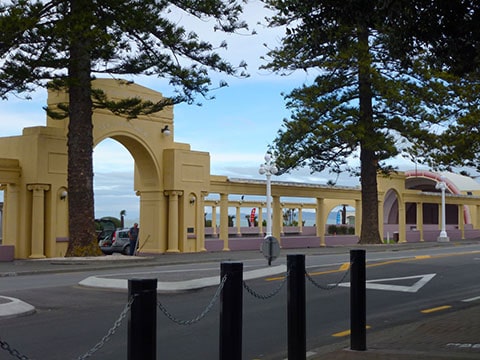 Fortunately some zealous “radicals” became so exercised about the demolition of Napier’s architectural history and in 1985 the Art Deco Trust was formed which not only saved the city from pink and grey 80’s offices, but put it on the international stage as the second major Art Deco city in the world behind Miami.

Incidentally the same type of passionate person saved Miami’s architecture from being pulled down too.

Take an Art Deco Walking Tour for $24-$26 dollars and let the local guide tell you their own stories. 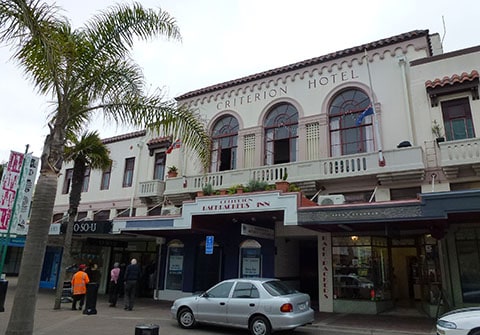 A close up of an Art Deco building facade 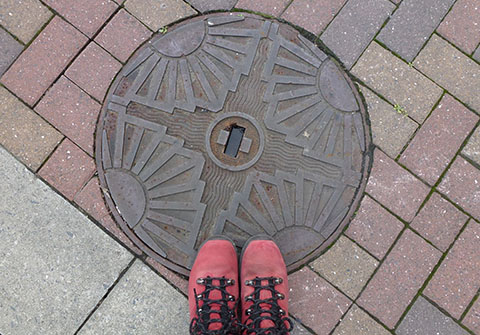 Even the manhole covers are Art Deco 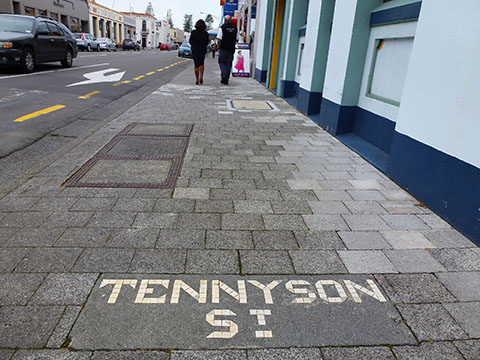 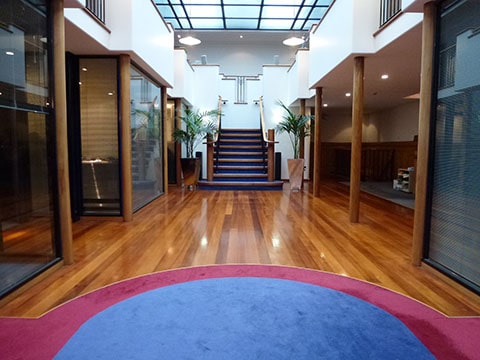 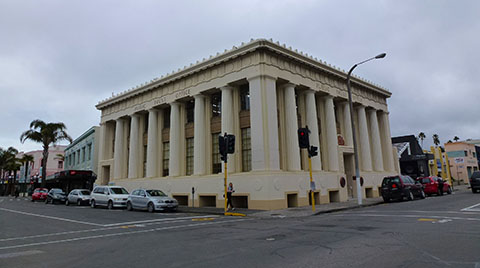 In mid-February every year Napier comes alive with the Art Deco Weekend.

Events run from Depression Dinners and Delux Dinners – all in fancy dress, to a long lunch down Marine Parade, the Gatsby picnic, concerts, and a ball. But even if people aren’t attending specific events, the streets are filled with 30s costumes, music and cars.

It’s a Bucket List New Zealand event and I really need to go one year! 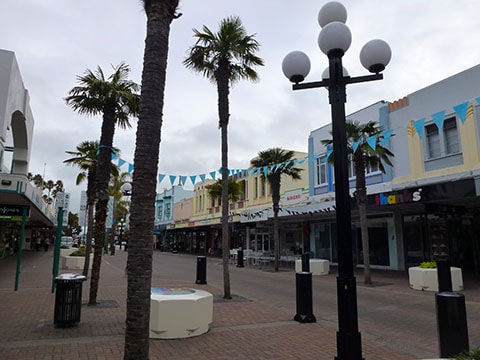 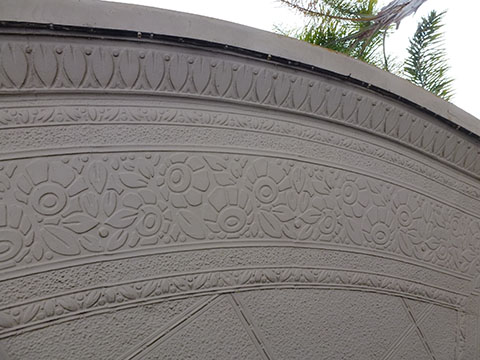 And make sure you look up. This is the pressed metal ceiling under the veranda 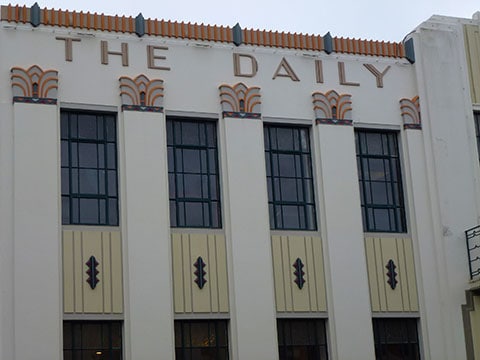 Have you visited Napier? What do you think of its heritage?