In 2008 the spectacular reef surrounding New Caledonia creating the largest lagoon in the world was declared a UNESCO World Heritage site. 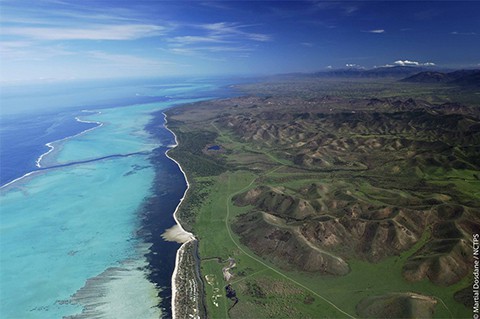 It’s 24,000 sq km of underwater beauty and you can be immersed in it within 5 minutes of the cosmopolitan city of Noumea, looking at some of the 15000 different species of sealife including four of the seven species of sea turtle through your goggles.

To get a quick overview of what lurks beneath, start with a visit to the New Caledonia Aquarium. You’ll see the local sealife here that even several dives may not reveal. 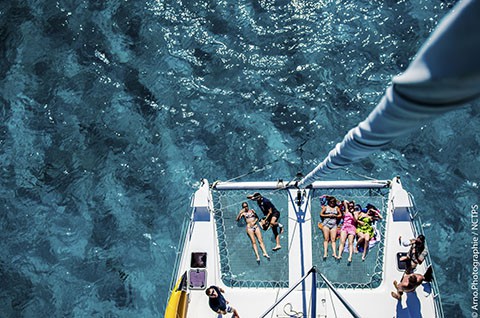 Not a bad view catamaranning in New Caledonia!

And here’s some reasons water babies will love New Caledonia:

Kite surfing is so popular they’ve been hosting the Teri Kite Surf Pro here since 2001, on the last leg of the world tour, crowning the world champ after a week of speed crossing, tricks and freestyle. Get a lesson from a pro on the bays of Noumea, on the beach of Poe, in Bourail, or on the islets near Noumea. 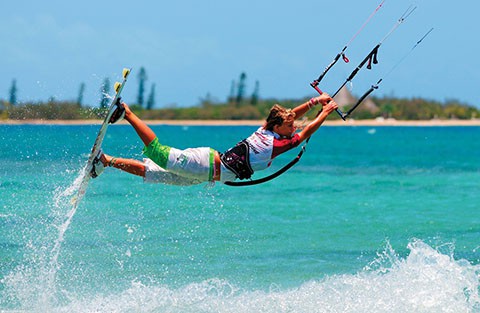 Wind surfing starts as soon as the trade winds begin blowing, then the waters of Anse Vata and Cote Blanche come to life. New Caledonia, hosts annual international competitions such as Trophée des Alizés (“the Trophy of the Trade Winds“), bringing together the best of the international profession, media and spectators.

Surf world class breaks on secluded beaches on the west coast off Bourail, on the beach Roche Percée, with waves created by its wide channel and coastal reef. If you’re a mad keen surfer, enrol at Surf Camp or come to watch (or take part) in the Surf Championship of New Caledonia. 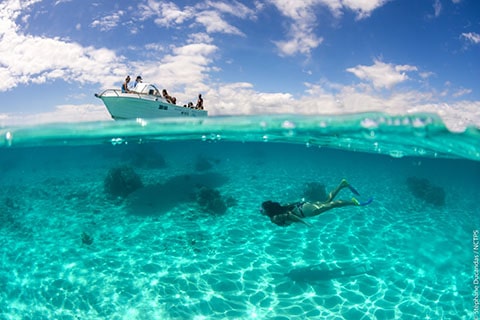 Wherever you jump in there’s something to see

If you’d rather go snorkelling, tiny Duck Island, just a 10-minute water taxi ride from Anse Vata Beach (where most of the hotels are located) is a great spot. Its French name is L’ile aux Canards and it has lots of coral and colourful fish. But for a truly memorable snork, take a day trip to Amedee Island (about 30 minutes away), or a plane trip out to Isle of Pines or I’llot Maitre (half an hour by boat from Noumea). But honestly, this lagoon is so beautiful, if you don’t have that much time, just jump in anywhere and go for an underwater squiz. 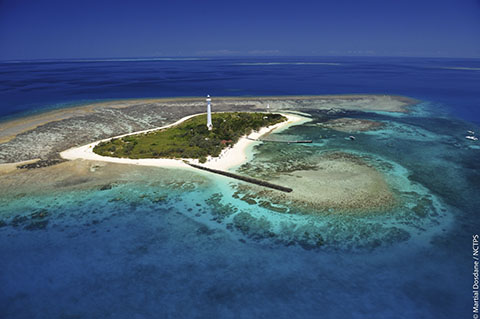 I love fishing and if you do too, you’ll be pleased to know that you can fishing is awesome here. The reef is a veritable feeding ground where you might catch tuna, wahoo and grouper (among other species) inside the reef, or go into deep sea waters and bring in a mahi mahi or marlin. Fly fishing in the lakes and rivers for black bass and brown trout. 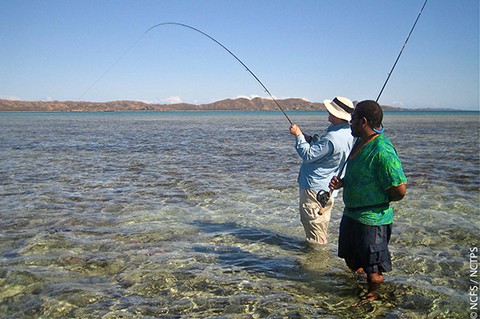 Surf cast, fly fish in rivers or head outside the lagoon for a spot of deep sea fishing