There is a cave on New Caledonia’s Isle of Pines that has a secret.

This idyllic island, wrapped in white sand and studded with soaring pines and tropical rainforest, is home to the mystery, some say legend, of Queen Hortense. 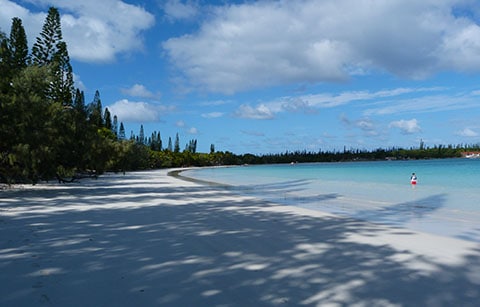 The way the story was told to me, as I followed my guide Adele along the dirt track weaving through lush forest where edible snails flourish, is that back in the mid 1800s there was terrible intertribal friction on the island. 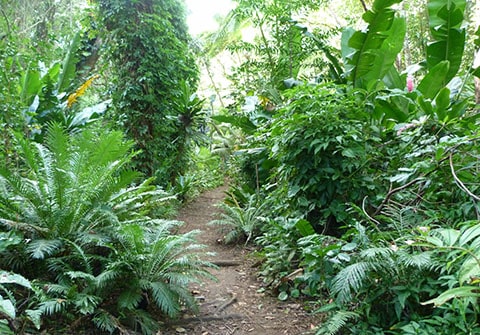 The easy walk to the cave

Hortense was the daughter of the chief, but being female, there was much consternation about the possibility that she might succeed her father. Other tribes weren’t ready for a female leader, even though her own tribe was. So, encouraged by her father at the age of 16, she set off and hid for a year until the debate had died down.

No one knew where she was except two friends who would steal in during the dark of night to bring food. They were warned not to be seen coming and going, and they brought her news of how the debate was progressing. 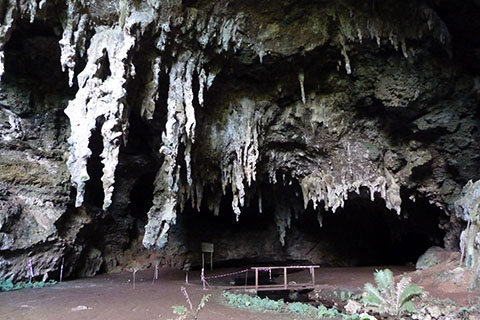 After a year of living in this amazing cave dripping with stalactites with a fresh water creek running from it, she emerged, puzzling many as to where she had been as many had been looking for her.

Her father then decided that she should learn French, so she was sent to the mainland of New Caledonia and became the first kanak to read and write French. Some time after her return, the French colonial settlers were out here making treaties with the tribes and presented her father, still the king, with a document to buy the land written in French, for him to sign. He didn’t understand it (which they were counting on) but said, “hang on, I’ll get my daughter to translate it for me, as she speaks French”, to their great surprise and most likely, consternation. 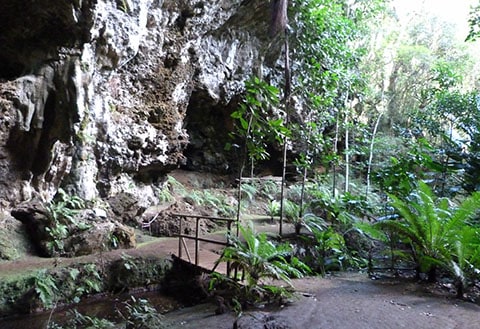 Looking out from the cave

Consequently the tribes rejected the clause of handing over sovereignty of the Isle of Pines to the French and still today, the land is largely owned and operated by the local tribes. Foreigners can only lease but not own their land. 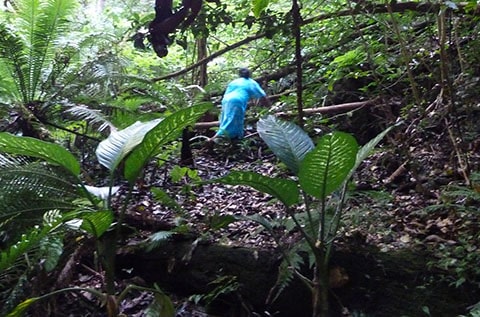 My guide for the day, Adele, forages for snails to show me 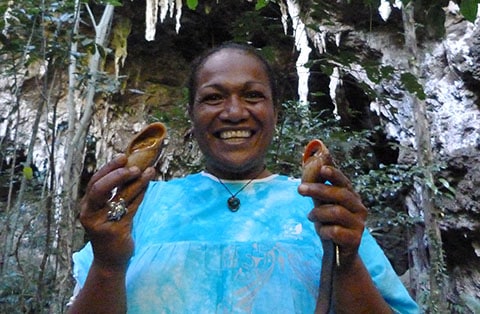 Voila! They’re huge and a delicacy over here. I decided to leave these ones to live another day 🙂

A visit to the Queen Hortense cave is a must-do. There is a car park and you pay a small koha (donation) to the delightful woman running the kiosk at the entrance, and make your way down the very easy path for only 5-10 minutes. If you speak French, pick her brains about this story!

If you have any more information, oral history or otherwise, please let me know in the comments below 🙂