No Christmas didn’t always smell of cinnamon that is wafted through American department stores or the chestnuts roasting on an open fire on Oxford Street!

The original smell of Christmas (remember the three wise men bringing gold, frankincense and myrrh to baby Jesus in Bethlehem?) started in the Middle East.

Frankincense is the sap tapped from the scraggly looking Boswellia tree and grown in Oman, Yemen and Somalia. It has been traded for around 5000 years. And Omani frankincense is said to be the best in the world. The more opaque the resin, the more pure it is. You can even eat it. 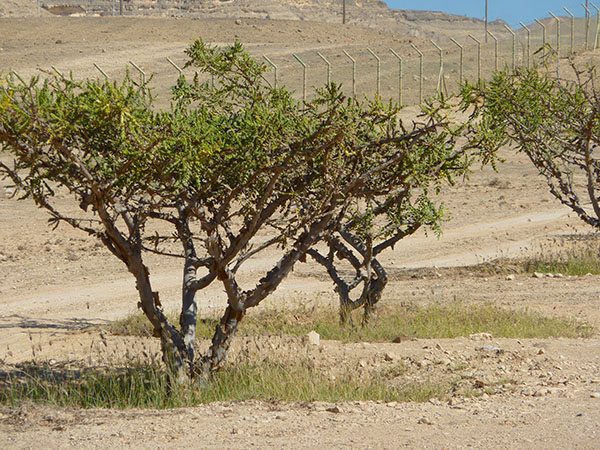 These humble looking trees are so hardy they grow in deserts and seemingly just out of a rock. But they don’t start producing the resin/sap until they’re about 8 – 10 years old. Hence its rarity.

They’re said to be declining too and throughout Oman you’ll see small fenced-off areas with trees in them. Unusually I hardly saw fences anywhere in Oman. Cattle, camels and goats just wander where they please and the farmers call each other on their cell-phones (an odd sight) to let them know they have their stock.

Buy a scoop from the souk

But I digress… To get the sap out, the tree is cut (tapped) so that it bleeds, then they let the sap harden on the bark before picking it off.

I have a jar of it that has bark still stuck to each ‘rock’.

Long known for its medicinal qualities, frankincense is used in treatments for asthma and as anti-inflammatories.

It smells a lot like pine and is burned on coals.  I bought an incense burner and a packet of coals that you light, then place some little rocks of frankincense on it which melts into the charcoal and smoke wafts up your nose. It’s not a good idea to have it burning inside lest your smoke alarms go off – unless you want to test them that is.

Apparently the smoke is also a good mosquito deterrent so I shall put that to the test this summer. It certainly smells better than citronella.

Oman’s traditions and culture remain completely unwesternised (unlike their neighbours Dubai and Abu Dhabi) and only being an hour’s flight from Dubai or Abu Dhabi, it makes for an easy stop over on the way to Europe from Australia and New Zealand. 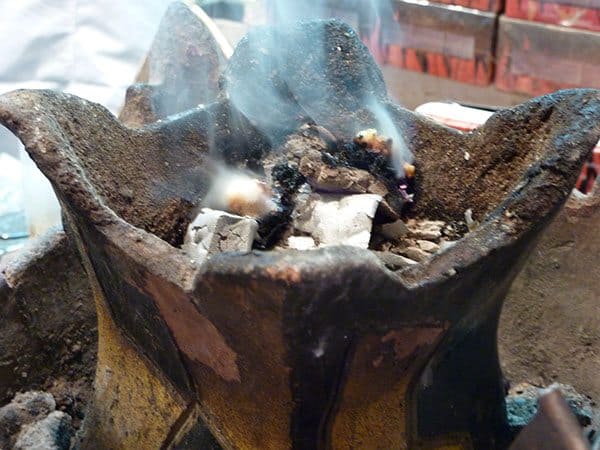 A typical frankincense burner in Oman

If you want to read more about Oman and my visits to Dubai and Abu Dhabi, click here for my Middle East series >>>

I am Salim from oman and we are supplier of oman hojary Frankincense . Our Instagram page: