Director and star of Boy and What We Do In The Shadows, Taika Waititi, is up on the mountains of Central Otago with a bunch of Orcs and Elves directing Air New Zealand’s latest safety demonstration video to be launched in conjunction with Sir Peter Jackson’s final Hobbit movie, The Hobbit: The Battle of the Five Armies. 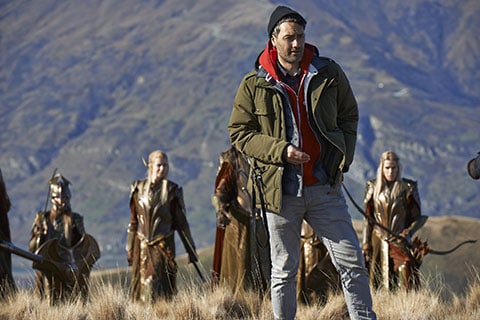 Taika with his elves 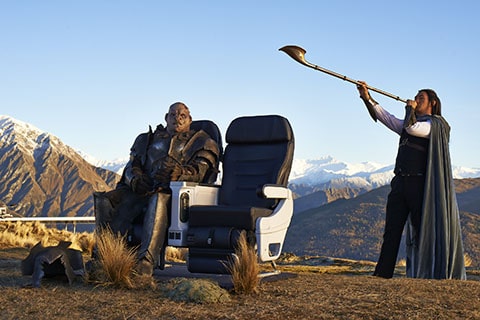 This is how you buckle yourself in. Sir.

Expect to see them on your Air New Zealand flights from late October.

“Air New Zealand has been the official airline of Middle-earth for more than a decade now and we want to mark the final film in The Hobbit Trilogy in a very special way.  This video brings together iconic New Zealand film locations with some of the famous faces and Taika Waititi’s signature directing style.  We can’t wait to unveil it on board later this year,” says Chief Marketing and Customer Officer Mike Tod.

Here’s my photo blog inside the new Dreamliner 787-9 which I was invited to fly from Boeing on!!