In June 1991 Mt Pinatubo awakened from its 500-year slumber and erupted on the island of Luzon in the Philippines killing 800 and displacing 100,000. Today it’s a picturesque crater that people come to hike to.

But last week I was in the province of Pampanga and visited the church that was all but swallowed up by the 6 metre high lahar that oozed through town burying everything in its wake in 1995. 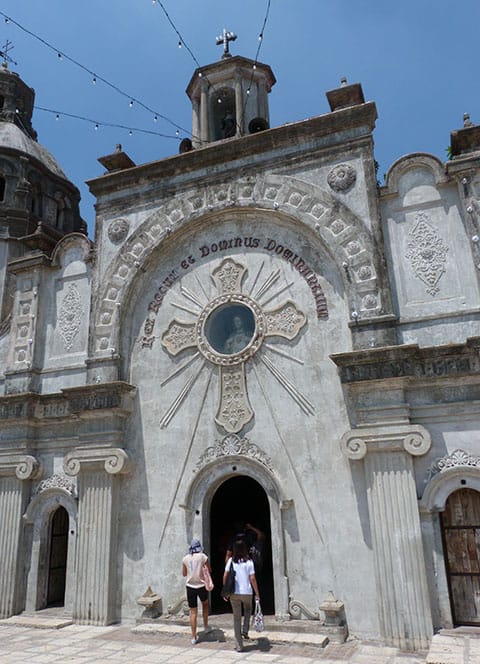 San Guillermo, the parish church of Bacolor, is still a place of worship, only now you enter through what was formerly the upper windows where saints once stood and the bell tower on your left is only 5 steps above the floor. 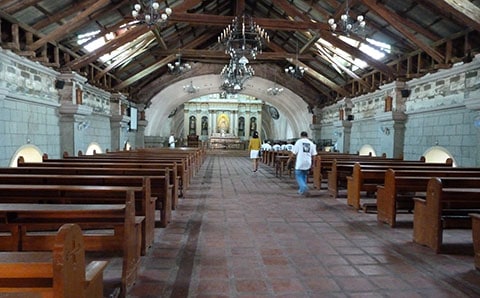 Facing the altar with the bell tower just to my left 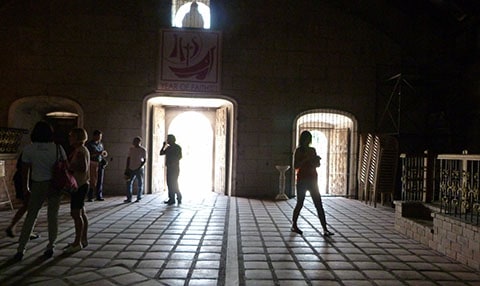 The rafters look oddly low, I noticed when I walked in, before I knew the story. And taking a tour into the trancepts you see what were once windows now openings on the floor leading into prayer rooms and onto the street where cars now park under trees whose roots are still buried several metres below ground. 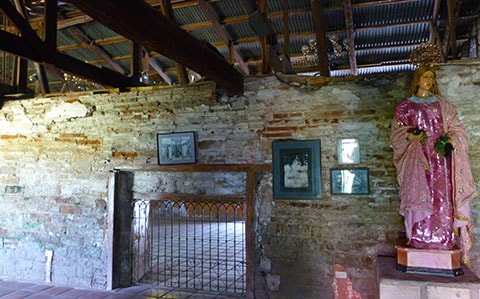 Walk past the blonde, blue-eyed crying Mary into the prayer rooms and galleries

Originally built by Augustine friars in 1576, it was destroyed by an earthquake in 1880 and rebuilt in 1886 (take note Christchurch!) and the altar excavated after the lahar by the local community who also managed to salvage many statues and artefacts. 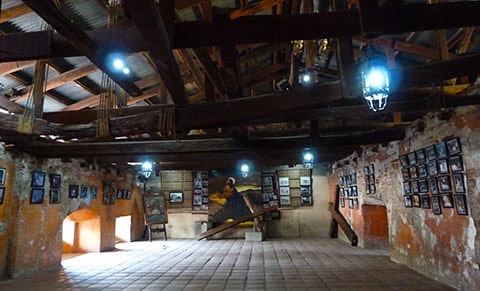 Images of the church before and after the lahar. Those windows in the left are at street level.