I flew into Manila (an easy puddle hop from Hong Kong in 1.5 hours) and slowly eased through traffic that pays no attention to lines on the roads nor lights or stop signs. It always amazes me that there aren’t dings and scrapes every five metres in cities as congested as this! 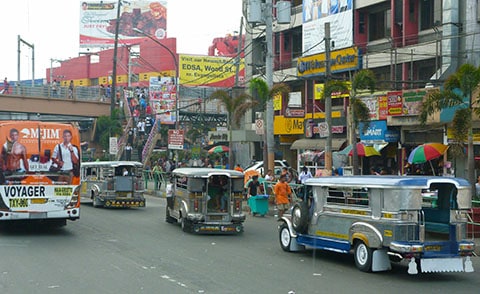 Squuezing out of Manila past all the jeepney’s – buses for small change!

I’m here to speak at the MICECON 2014 – a conference for the Meetings, Incentives, Conventions and Exhibitions market. It’s held in Clark, about three hours away in the former city that was home to the US Air Force. In fact Clark Airport’s runway is 3.5 km long, built to accommodate the space shuttle should it suddenly need it. Sadly it didn’t today.

But on my way we detoured to GK Enchanted Farm. What an amazing, “enchanting” place. 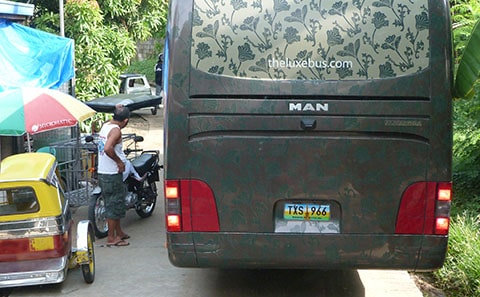 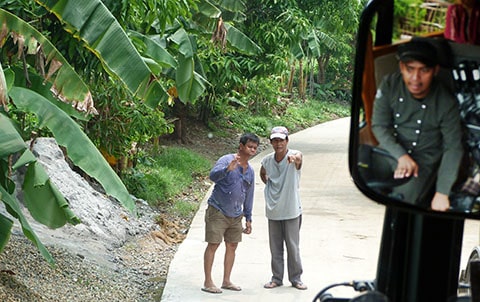 I love this pic! These old guys are helping our driver who you can see in the mirror

It was started by Filipino businessman Tony Meloto in 2013 initially as a farm to employ locals and help alleviate poverty. But he had a much bigger vision than that and put the call out for “social entrepreneurs” to come and join him to change not just a community, but the whole nation. 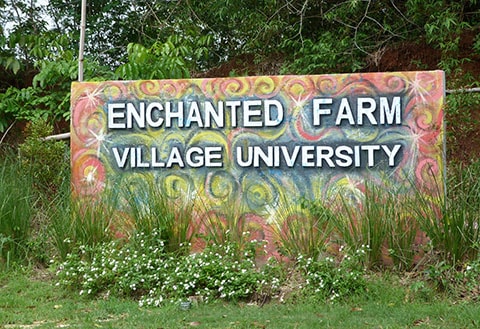 Today they have the university where they take the brightest kids from local, poor communities who wouldn’t be able to go to college and put them through 2 years of junior college (after high school), teaching them how to become social entrepreneurs and create businesses that give back. 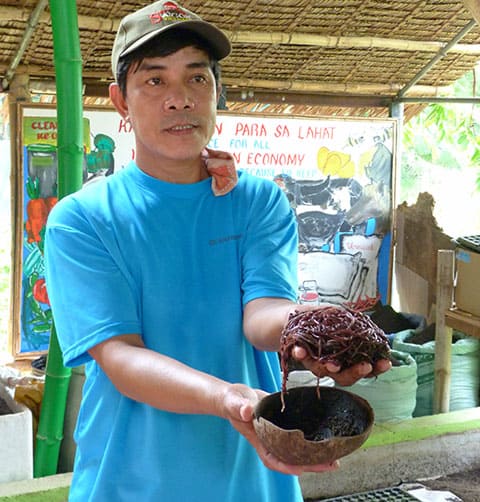 This former farm hand is now in charge of composting buffalo poo. Here are his pride and joy! 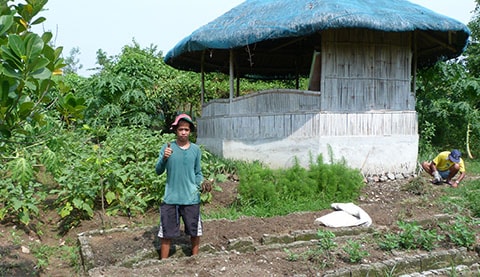 Locals are employed as farmers and paid well for their time

They call it the Silicon Valley for Social Entrepreneurship and what I saw was inspiring. 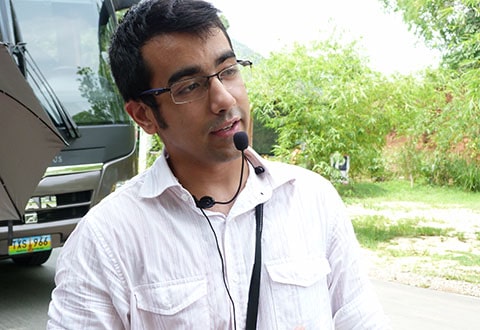 Alvie shows us around and tells us about his passion: ducks!

Alvie Benitez was our guide. He’s a Filipino and is head of Social Enterprise here. He has been working here for 3.5 years on ducks. The Duck Man, as he called himself, is looking at not only best farming practices to breed and sell, but how he can raise a premium product that will elevate the duck production and reputation of the Philippines for export. Business students from around the world come and intern here as part of their studies. 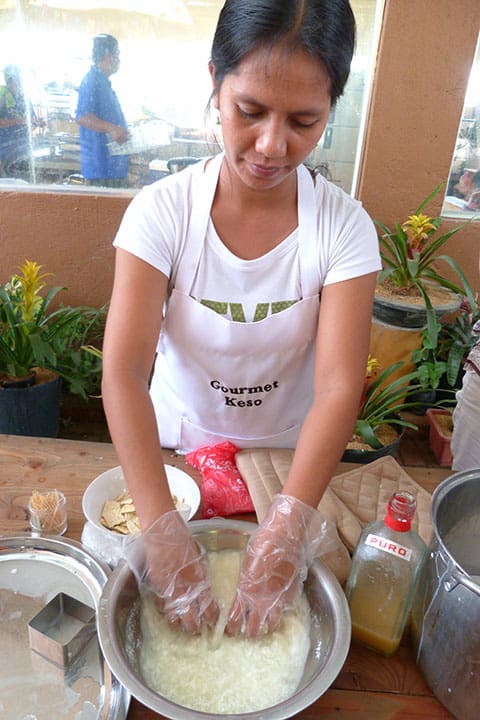 We met the team making buffalo mozarella, cream cheese and milk from the water buffalo that wallow in giant puddles around the farm. Seven people are now employed on this team and they can’t keep up with demand, also buying in raw milk from local farmers who are paid well for their products. 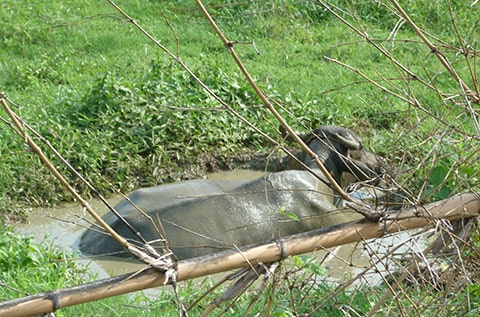 The morning I visited they’d had a meeting in Manila with a distributor and if that goes well the whole production will need to be ramped up. It’s all natural products, just milk and vinegar to make the mozarella. No preservatives and will sell for a premium in high end Manila restaurants. 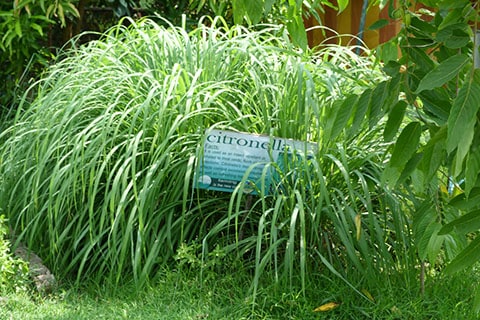 They grow all their own herbs – this is the citronella plant and I bought a bottle of their own made citronella bug spray, as well as organic coconut sugar.

There are loads of exciting projects on the go and volunteers/interns are welcome.