It’s 5.50am on our Royal Caribbean cruise ship, Vision of the Seas, about an hour out of Kusadasi, Turkey and suddenly we are woken by a hollering announcement: “Oscar, Oscar, Oscar.” (Which I later learned means man overboard.) Something about the port side. However it sounded to me in my sleepy fug that he was saying Skype on the port side. I thought, oh how embarrassing, he’s pressed the wrong button and woken the whole ship to make a call. I rolled over and started drifting off again.

6am and this time the captain bing bongs to say that we have slowed down to come alongside a vessel carrying migrants. What?!! She said a black Zodiak has been identified as carrying 45 men, women and children and that we needed to assist. They had flashed their lights in a mayday signal and Captain Liz would lose her license if she did not assist.

I shot out of bed, pulled on yesterday’s clothes and went scooting up to have a look. Deck five is where the life boats are (which double as tenders) and I thought I’d get a good look there, but the crew, who were standing on guard, sent me away. Up to the top deck I went with my camera and bed hair and joined about 50 other nosey parkers peering into the inky blackness of the Aegean sea.

Another cruise ship to our bow was also stopped and we both were shining massive spot lights through the darkness onto the tiny bobbing silhouette. There did seem to be another small boat there with lights on too, but within half an hour the second cruise ship moved on and we lowered the first of two tenders to send out food, water, blankets, the ship’s doctor and security staff to assist them. Apparently our obligation is to wait until the coastguard arrives, but we cannot board them on our own ship.

After about an hour, they were successfully transferred onto a Turkish coastguard boat and driven off into the early dawn light. The black dingy was left behind. Some said it looked like it was sinking. Whether the coastguard did that or if that was the reason for their stoppage, I don’t know.

I later learned that they will have been taken to the camps, where many thousands are. I was recounting the tale to a Turkish shopkeeper on Kusadasi a few hours later and he commented that there is no one left in Syria any more, they are all here!

It was heartbreaking and fascinating at the same time. It’s still so hard to comprehend. I have a photo of a lady holding a plate of warm croissants over the railing as she watches. How they must have looked up at the two ships and wished they were us. And you know what, they deserve to be us.

How tiny am I in a sea of no solutions. 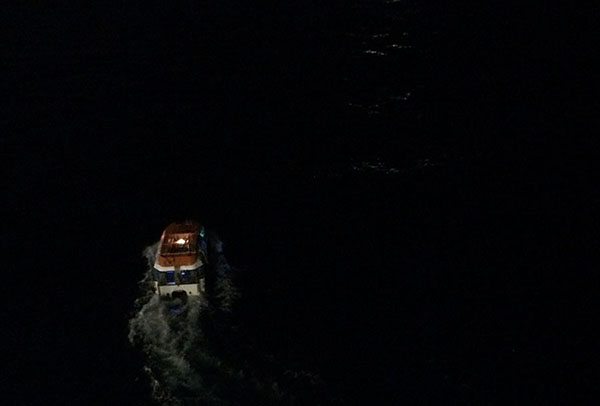 Our tender boat speeds off to help 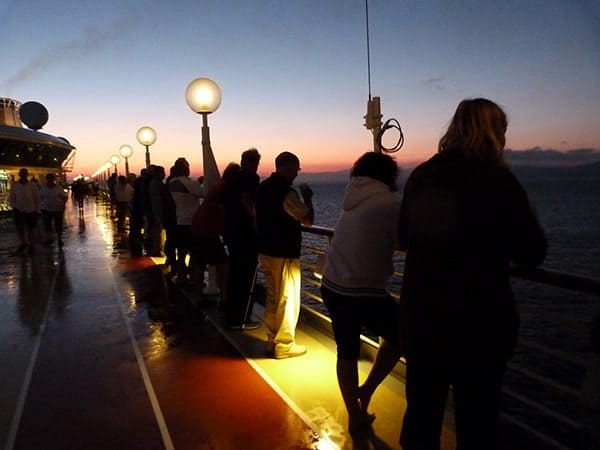 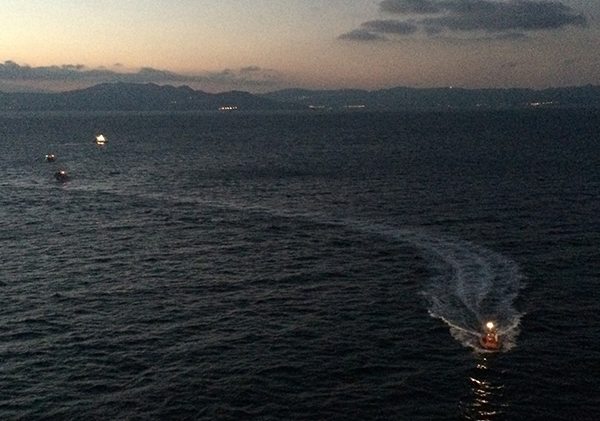 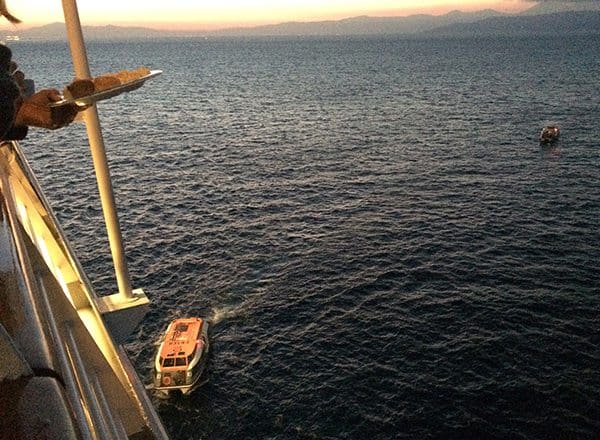