To arrive at the bottom of the world is like cruising into a fairy tale, a winter wonderland where the sun never goes down. Icebergs drift past and curious penguin chicks waddle past for a look while humpback whales surface just metres away. You’ll want to invest in a good camera and plenty of memory cards for this, the most amazing cruise you’ll ever go on. 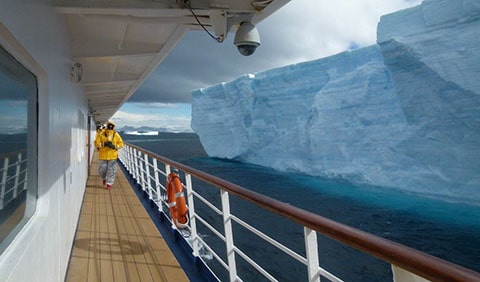 Up close with an iceberg. Pic Elizabeth Melo/Quark Expeditions

Quark Expeditions is the world leader in polar expeditions and have been for over 20 years. They cruise only the icy continents of the Arctic and Antarctic, so if you’re thinking about an icy voyage, here is everything you want to know: 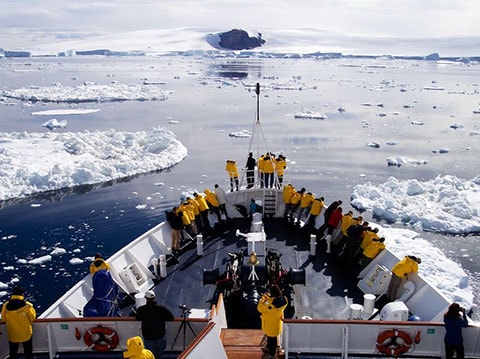 When is the best time to go to the Antarctic?

During the southern hemisphere summer, between November and March when daylight runs from 18-24 hours a day and the sun never sets.

October to the beginning of December – The continent is covered in snow to the water’s edge. Penguins build highways as they waddle the same path again and again, from the sea to their nests far from shore. During this period penguins, shags and seabirds court and lay their eggs.

Mid-February to March – The whales return to feed. Seals haul out on the beachheads and penguins begin to moult. Highlights are whales and fledging Gentoo Penguins walking like miniature Charlie Chaplins. 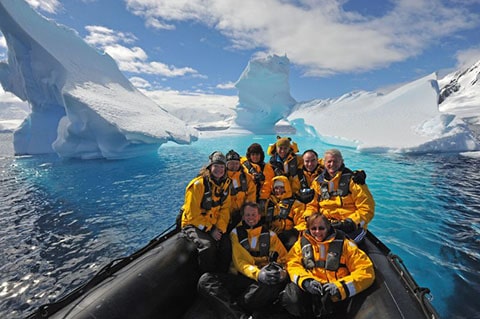 Taking the Zodiak to explore the ice

How long should I go? The Antarctic is a continent so it’s pretty huge. Some cruises spend as little as 7 days and some as long as a month. Most itineraries are between 12 and 20 nights.

Will I freeze my buns off? It’s certainly crisp! Summer temperatures are just above freezing, but when the sun’s shining and the sky is bright blue, the ice like a painting, it’s magic. Sometimes it can be warm enough to take your jacket off.

How safe is it? In the last 50 years a lot has changed for Antarctic cruising. Ships now have state-of-the-art technology and Quark ships are specially equipped and crewed by highly experienced officers. They are also mindful of the pristine environment and follow a voluntary code of conduct to minimise their impact.

How rough is the crossing? Drake Passage between Cape Horn and the Antarctic Peninsula can be rough – but don’t be disappointed if it isn’t! Sometimes it can be smooth sailing. But if you want to be sure and miss it altogether the fly/cruise option lets you join the ship at King George Island. 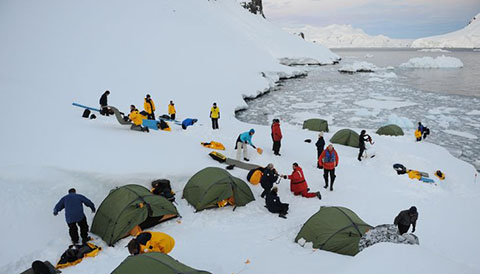 Camping in the Antarctic

Can we get off the ship and explore? Yes. The ships have inflatable boats (Zodiaks) on board which are used to transfer guests ashore to visit scientists at research stations, hiking and of course those photo ops you’re hanging out for. You can also use sea kayaks, try cross-country skiing and mountaineering and the really intrepid can swap their luxurious suite for a night camping (!) 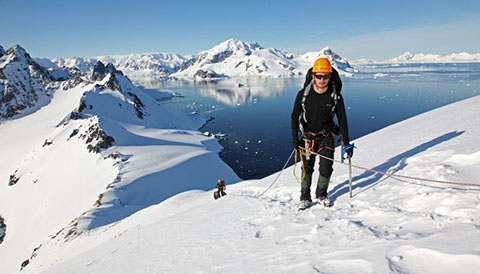 Tips for photographing penguins Pick a spot about 5 metres from them and sit or kneel down and wait. Penguins are curious and may even come over to you. Either way you’ll get some incredible pics.

Luggage tips While international flights allow for large suitcases, smaller planes do not. Make sure you check the restrictions of the smallest flight you’ll take. Note: there is a laundry on board so you can pack light and wash your clothes at a reasonable rate.