I don’t know about you, but I am seriously a skeptic when it comes to the self-driving cars that everyone seems to be talking about. I just CANNOT understand it. What sort of roading will need to be brought up to standard so the cars know where to be (I’m thinking Scalectrix!) And what about when someone else suddenly stuffs up and hits you? Will you stop or will your self-driving car just drive on hit-and-run style? And if it IS designed to stop, what if you’re in danger and you need to get the hell away??

But hey, I remember some entrepreneurial dude waxing lyrical to me 10 years ago about 3D printers and I thought he’d been smoking something.

So all that to say, clearly I’m not an early adopter, so I present this to you as the ideas that are being bandied around for the future of travel and the trends we will begin to see from 2017 and beyond… 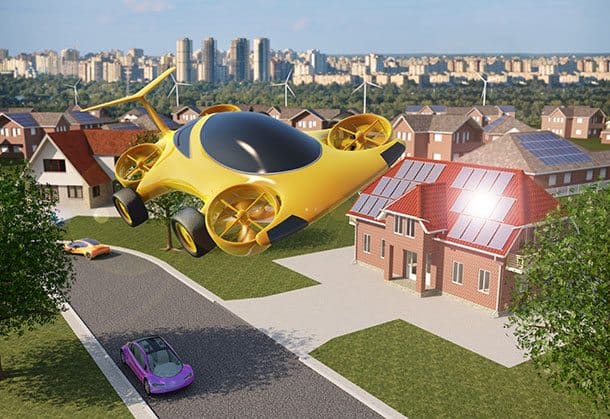 Companies are preparing big time for the upswing in Business and Leisure travel being combined as 75% of business travellers surveyed by Booking.com said they plan to mix leisure stays in 2017. Air BnB are about to launch a whole new category for the millennial business traveller who wants to stay on an extra day or two and companies are set up to manage business travel just on Air BnB so you won’t have to spend days rifling through every property to find the right one. Called Business Travel Ready, the property has to meet some requirements including having a desk, Wi-Fi, self-check-in through a doorman or digital lock and various amenities like free shampoo, a hairdryer and iron.

As a huge advocate of the long term benefits of travel, I’m thrilled to read surveys lauding the mixing of business with leisure stays as no longer seen as lost time or a career inconvenience, instead it’s increasingly appreciated as an opportunity to expand horizons, find inspiration and progress in a career. In fact 30% of travellers said they would even accept a lower paid job if it meant they could travel more for work!

This is what I ALWAYS look for when I travel as I’m sure you do too: interacting with amazing staff and forging genuine relationships on holiday will be an increasingly important hallmark of travel in the future. Our reliance on other people’s opinions and reviews are on the rise too with 40% of travellers confirming that they would not stay in an accommodation with more than three negative reviews. Because travellers are starting to want human interaction to make their holiday memorable, we can expect to see meaningful human interactions becoming the currency of travel in the months ahead, prompting huge advances in chat bot technology to match the warmth, personality and spontaneity of real human communication and connections. I’m not sure, however, if chatbots are what travellers want, so this development remains to be seen for me.

To infinity and beyond!

My dad told me when I was a kid that we’d be holidaying on the moon by the year 2000, but space travel is of course on the agenda for several forward-thinking companies (with more money than sense if you ask me!) like Richard Branson and Elon Musk’s endeavours to create space ship rides. But wait, there’s also developments underway to create deep underwater adventures as 44% of travellers want to get their exploration caps on and do something out of the ordinary.

High-speed rail continues to advance and is being planned to connect travellers to the remote corners of northern Africa. NASA is investing in a supersonic passenger aircraft that will allow for faster, greener, safer and quieter air travel. Not to mention, a Tesla autopilot-enabled vehicle is scheduled to “drive” from Los Angeles to New York in the summer of 2017, and I read that Uber plans to have flying cars by the year 2020 and brainiacs in Dallas and Dubai are currently working with the ride-share company to make this a reality. But hot on their heels is another company, Kitty Hawk, who have already demonstrated they can do it thanks to the backing of Google CEO Larry Page. Have a look at the prototype in this video:

It’s an exciting time to be alive, on the cusp of the most remarkable technology and extravagant ideas that would blow the minds of the people that have gone before us. But then I guess, every generation has thought that.