I accidentally stumbled upon an eye-opening business this week while researching the weirdest things that get left on planes.

Fortunately for me I have only been separated from my airline luggage a few times and each case (see what I did there?) has ended happily with my bag and me being reunited within a couple of days. Remarkably, of all the thousands, nay millions, of bags that get whisked around the planet on a daily basis, making their own connections out on the tarmac and finding their way to your carousel, 99.5% of them make it back to their mama. 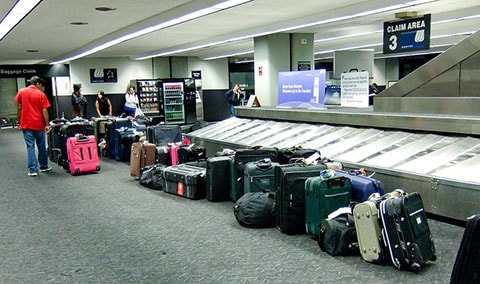 And of the .5% of lost luggage, a good 95% of them are reunited within 5 days. But that still leaves an enormous amount of lost and unclaimed/never reunited bags and bits that have to end up somewhere.

Cue the Unclaimed Baggage warehouse in Scottsboro, Alabama in the US that has a deal to buy lost luggage from the airlines. After 3 months of the airlines trying to locate the owner, the bags are shipped out to this 40,000 sq ft department store –because that is what it is!

Staff (wearing gloves) pick through the dirty laundry and often damaged and partly destroyed property, get the good clothes drycleaned or sent to the laundry, have their IT team delete all personal info from phones, laptops and iPads etc, stick a price on it and put it out in the shop for sale. 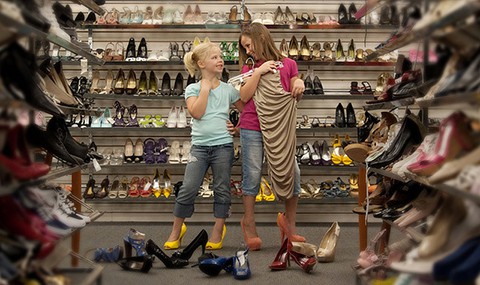 The shoe section at Unclaimed Baggage

It’s a bargain-hunter’s paradise. Whatever they can’t sell the donate to charity or biff out. 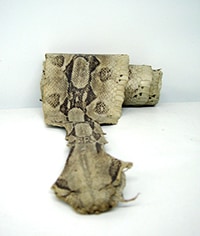 A snake skin that arrived at Unclaimed Baggage

Of the stranger items they’ve had (because they buy sight-unseen) are a bear skin packed in salt (which was reeking!), 50 vacuum-packed frogs, a 5.8 carat diamond ring found in a sock, a camera from a space shuttle (which was returned to NASA), an urn of ashes and a South American shrunken head.

I rang Auckland Airport to see if they could match these… among the many bags, phones and iPads they find regularly, they once had a prosthetic leg (how could you not notice?), and Air New Zealand have tried to find the owners of dentures, a desk lamp and a hammock!

Has your luggage ever gone missing? Tell me your story in the comments below 🙂