We all know San Fran is iconic for the Golden Gate Bridge, Fisherman’s Wharf and Alcatraz – but only the locals know about these hidden gems. Places to get a great cocktail and enjoy a night out faaaar from the Cheesecake Factory on Union Square. If you’re done with endless shopping and navigating around bum-bag wearing tourists, put your heels on, grab a cab and head to one of these cool bars: 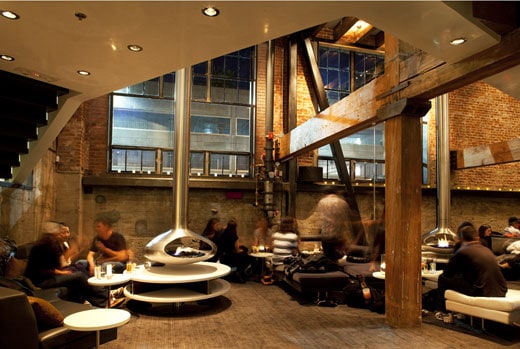 1. Twenty Five Lusk in the bourgeoning China Basin/Chinatown district. Emerging from a $25 million refurb, this place used to be a meat packing plant, built in 1917, and is now funky and rustic all at once. The red brick walls and massive wooden beams holding the place together are accentuated by a cool suspended chrome fire place, leather couches and a mezzanine for dining. The kitchen is open – but only one way. You can see in, they can’t see you. Not sure why, but it adds to the busy vibe. This place is worth coming for a drink just to ogle. It’s one of San Francisco’s newest and definitely it’s most beautiful.

2. Comstock Saloon in the Italian district. This place keeps winning awards as one of the best bars in America and it’s famous for its bourbon cocktails, but be daring and ask the mixologist to whip something up for you. In fact itemised on the menu is Barkeep’s Whimsy and for $10 you’ll get the whim of the day. Comstock is named after the mining magnate Henry Comstock who brought his fortunes to the Bay area way back when. This bar has been a watering hole since 1907, yet the latest incarnation only opened a year ago, with period furniture and decor. 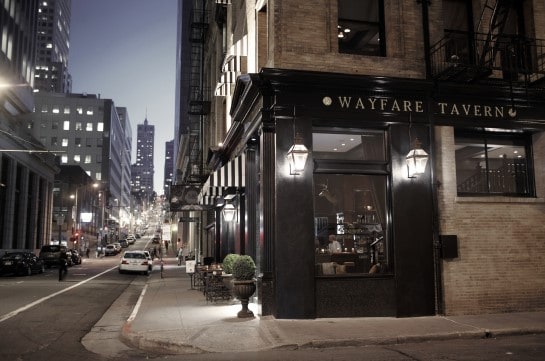 3. Wayfare Tavern in the Financial District. This is TV chef Tyler Florence’s new place and he’s here often. Consequently you can’t get in for 6 months for dinner. (But if you do, try the Crab Louis salad!) Fortunately drinking is done more easily in this restaurant/bar spread over 2 floors and adorned with hunting trophies and an old-fashioned fit out. Originally Tyler wasn’t going to have time-consuming muddled cocktails on his list, but to much praise, he has. In fact he had “cocktail ambassadors” Scott Baird and Josh Harris of Bon Vivants create the list which includes imaginative flavours (and names) that – if you dare – will leave you very pleased you did.

4. Beretta in the (now hip) Mission District is known for its inventive cocktail list and cocktail classes where you learn to become a mixologist. But having just won ‘Best Cocktail 2011’ from SF Weekly for their Rattlesnake, this is worth the cab ride. Invented by bartender Thad Vogler, this deliciously lethal drink is a tantalising concoction of rye, lemon, maple, bitters, egg white. It’s like a whisky sour, only creamier and spicier. Best followed by a thin crust pizza –  which Beretta is also famous for.

5. The Alembic, on hippy Haight St, has also been given a 2011 gong from SF Weekly for ‘Best Cocktail Menu’. It’s tiny and dark and if you visit on one of the Savoy Cocktail nights, you may well be overwhelmed by the list.  They serve bone marrow and duck hearts, but the best thing on these nights is that the usual cocktail list is replaced with copies of Harry Craddock’s 800-plus tome of recipes written in 1930 by an American bartender who escaped the Prohibition and went to Europe. Don’t worry, you may not know where to start, but the bartender does. Tell him what you’re in the mood for and you can bet there’ll be a recipe to go with those bones.