Built in 1000 BC, the Turkish city of Ephesus was famous for the Temple of Artemis (completed in 550 BC) and one of the Seven Wonders of the Ancient World. If you’ve read your Bible you’ll also know that the book of Ephesians was Paul’s letter to the church here and one of the seven churches that the disciple John wrote to in the book of Revelation was in Ephesus. 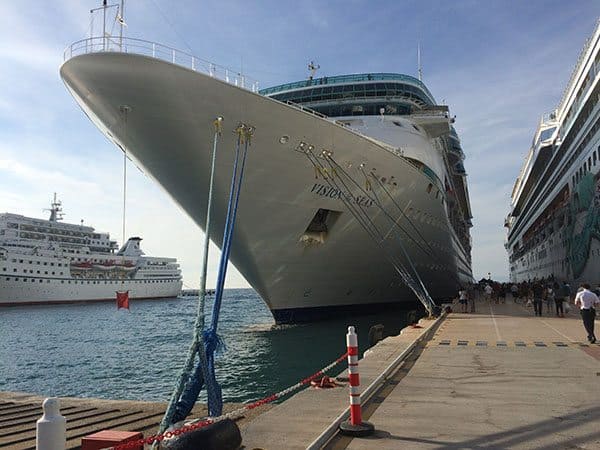 The port at Kusadasi – with 2 other cruise ships alongside

So I was more than intrigued to be stopping here on our cruise. Actually the port town is Kusadasi, about a half-hour drive from the amazing ruins of the Biblical city of Ephesus. (Read my post here about how our ship stopped to assist refugees just out of Kusadasi)

But today we decided not to take an organised shore excursion, preferring to take our time disembarking and thinking we’d just putz around the shops of Kusadasi. There are really good shops here selling soft lambskin leather jackets, handbags, plenty of Turkish rug shops of beautiful hand-knotted quality and lots of jewellery shops with good deals on diamonds. Be warned: you will be harangued! Just keep walking, smile and say “no thanks”.

We disembarked and were immediately bombarded by guys wanting to sell us said goods and also take us for rides in their taxis to Ephesus. It was a bit overwhelming actually, but turned out to be a great day.

Tip for Ephesus: we found a lovely café with tables and chairs under ivy facing a row of the formerly described shops where the owners all know each other and the badgering let up, so we sat down, ordered a coffee and browsed our map. 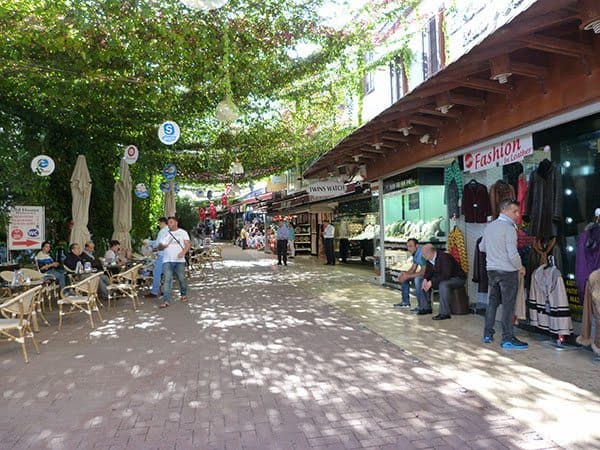 The coffee shop and retailers of Kusadasi

I started chatting to the jewellery guy, who brought in the rug guy and peppered them with questions about how far Ephesus was, and also learned about the Virgin Mary’s house (I didn’t know about this) that was found hidden in the mountains above the home of St John, the apostle that Jesus entrusted his mother to when he died.

Next minute we were negotiating a rate for the day from the rug man’s brother Hasan, who arrived in the approved yellow cab. €60 and he would take us anywhere we wanted, wait for us and bring us back when we were ready. We’re in!

So off we set, about an hour or two behind the multitude of tourist coaches, which was great because they were mostly leaving Mary’s house when we arrived.

Mary the mother of Jesus is an important figure in the Koran too. She was pursued after Jesus’ death, in danger from the Jesus-haters so as John had promised his mate Jesus to take care of her like his own mother, he built her a stone house way, way up in the forest above what is now the ruins of St John’s Basilica. (Incidentally if the basilica was fully restored today it would rank as the 7th largest cathedral in the world.)

But how the cottage was found is quite remarkable. An elderly bed-ridden German nun, who had never travelled to Turkey, saw the house in a vision and was able to describe its surroundings so accurately that in 1881 an explorer went looking for it according to her descriptions and came upon it exactly as she had “seen”.

Today it’s a bit of a pilgrimage for Catholics and other Christians who file through, light a candle and say a prayer and also post prayers on a wall below where fresh water flows from a spring. There was a line to fill water bottles as water is said to have healing and fertility powers.

See 6 of my photos of Mary’s house here, then scroll down for Ephesus… 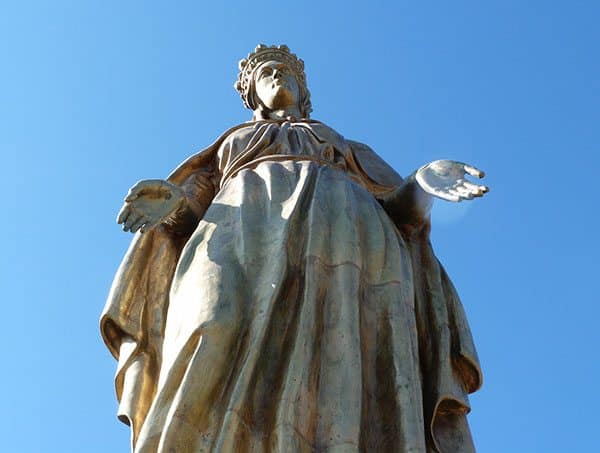 This statue is on the road to Mary’s house, up in the mountains where she hid 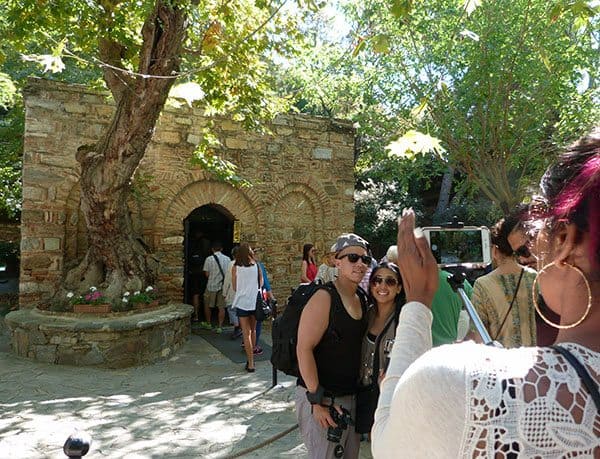 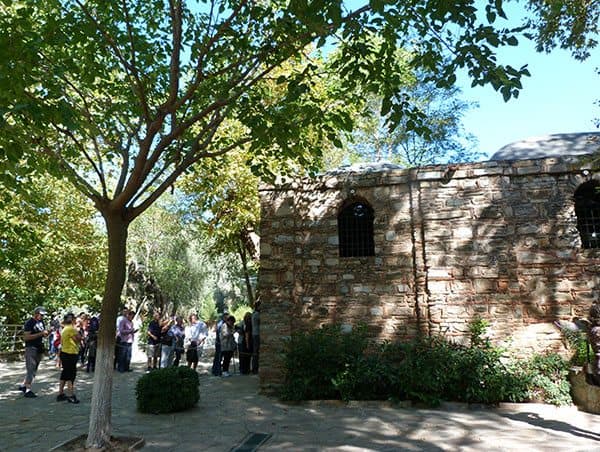 We filed through, past a shrine to the holy mother (which I’m sure she didn’t have when she lived here!) 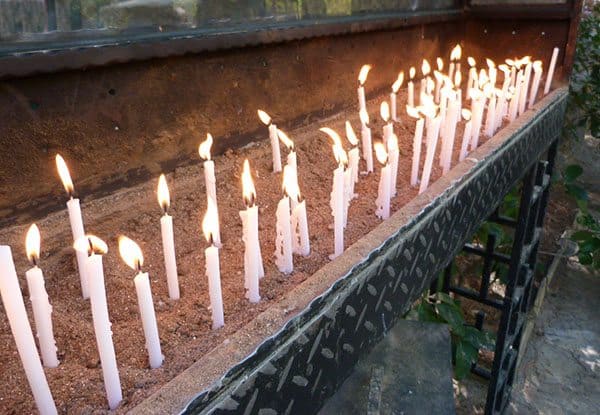 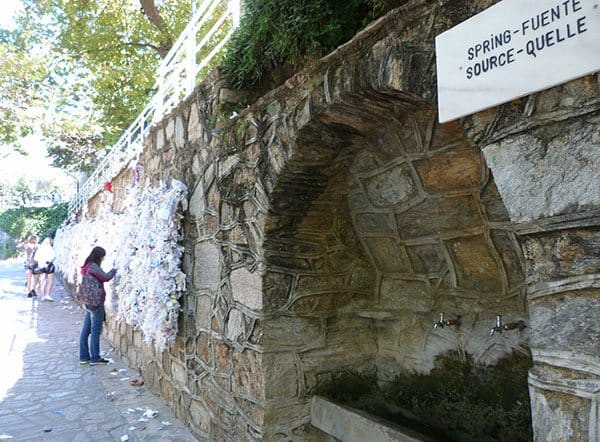 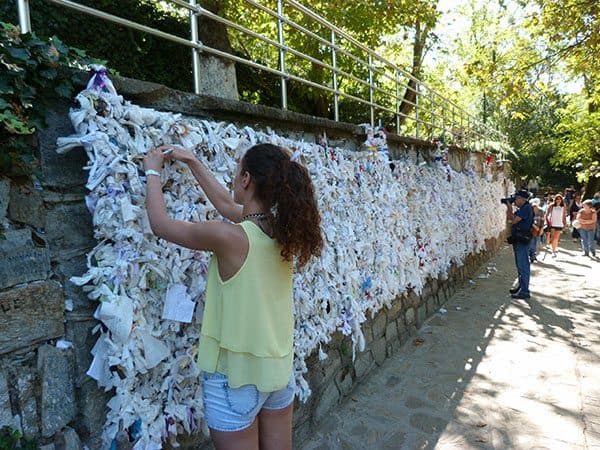 Pinning a prayer to the wall

Now to the amazing ruins of Ephesus

Since 1929 when the ruins of the city of Ephesus were discovered, the region has banked on it. In the 1950s the main excavation took place and for 30 Turkish lira (about €10) you and hundreds of others can file through the turnstile and either take a guided tour or DIY it.

I bought a book for €10 out the front at one of the many roadside stalls. It has photos of the ancient buildings and descriptions plus a clear page that is placed on top to show how it was originally. My husband was my guide and together we wandered along, fascinated and surprised by how open it all is to anyone walking on it, climbing it, touching it. Getting amongst it with selfie sticks. In a way, I suppose that’s cool.

There are two amphitheatres. One was for council meetings and one for performances. There are wide marble roads lined with towering pillars and edged in what would have been shops, a bathhouse and brothel. There is a huge library that is the focal point beside mosaic tiled streets protected from the sun under a modern roof.

There is still so much more to uncover here too and excavation still goes on, so well worth a visit now and in a few years time, I’d say. 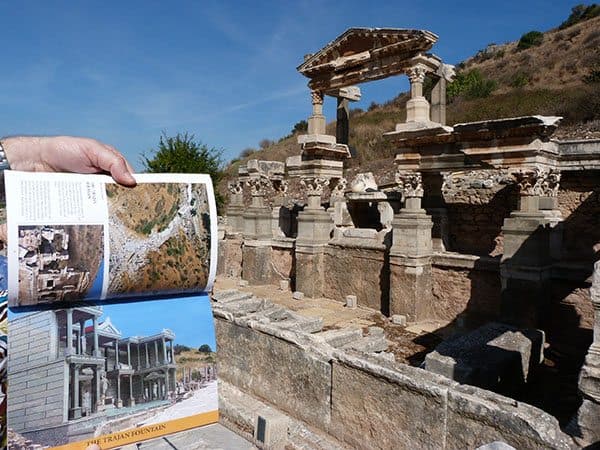 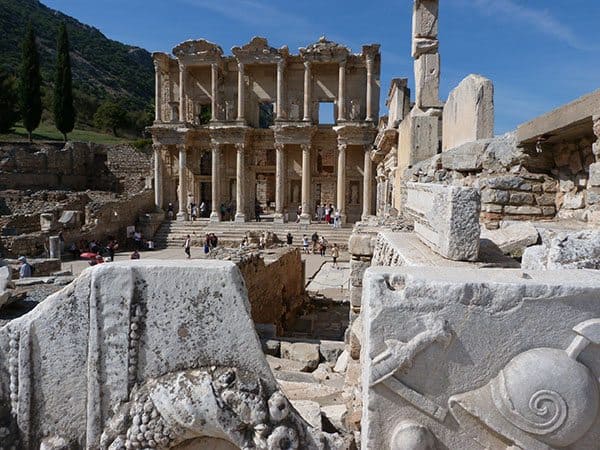 The library of Ephesus 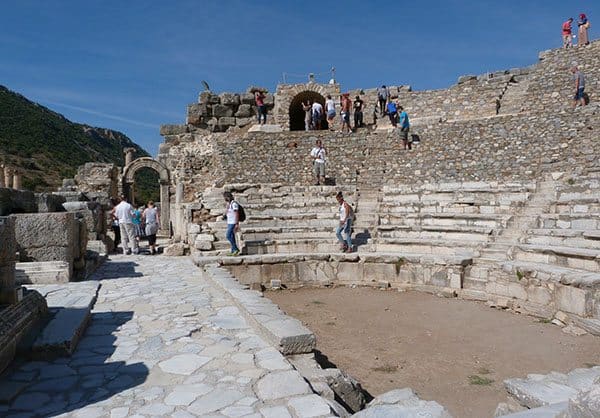 The small amphitheatre for council meetings 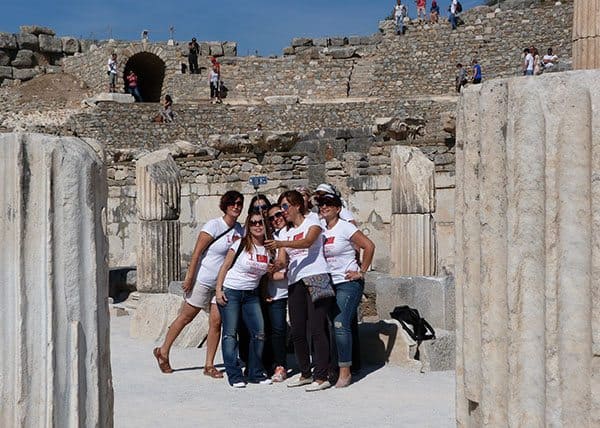 Everywhere you go there are selfies being taken! 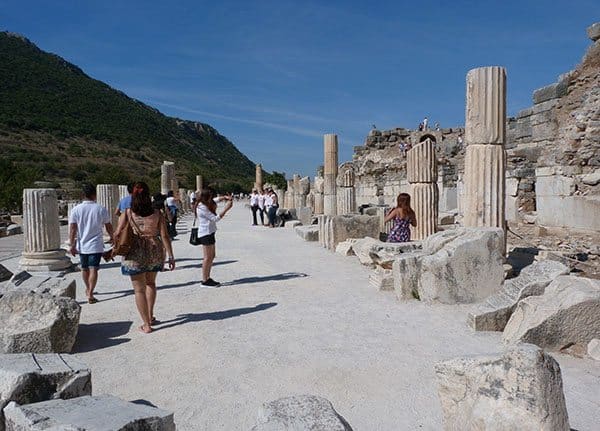 The main road in Ephesus 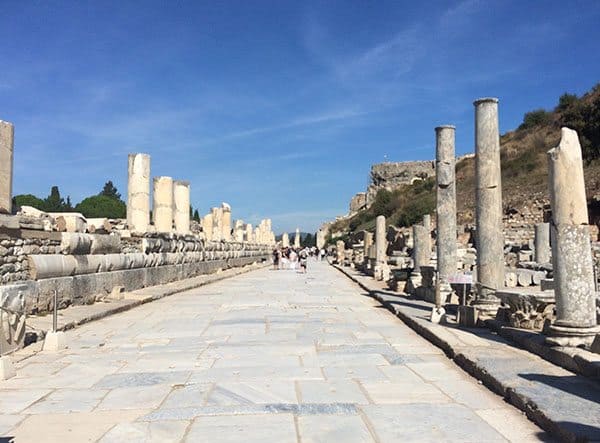 The marble street of Ephesus 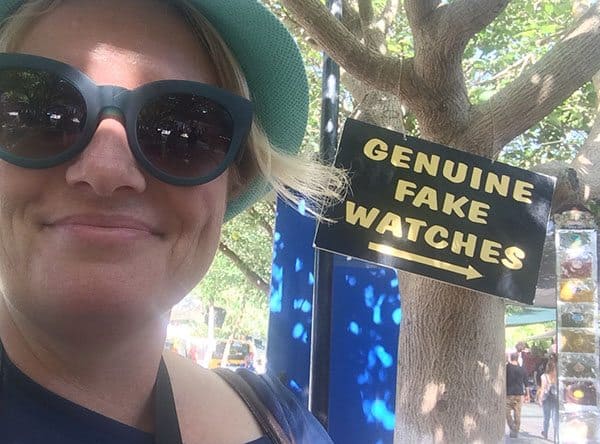 And when you come out there are people selling juice, snacks – and genuine fakes. Not fake fakes!

We then headed off to lunch with our driver, via a quick visit to the ruins of St John’s Basilica. A huge cathedral that was much smaller when the apostle lived and worshipped here. 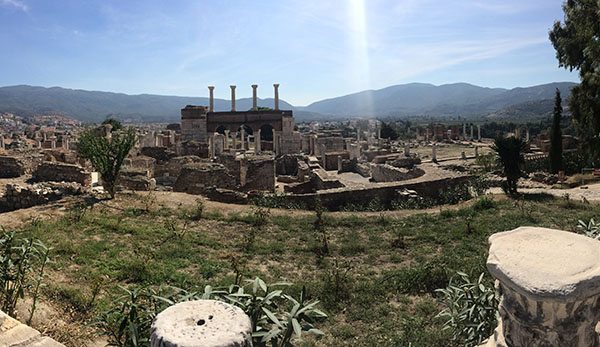 Standing up and behind the main cathedral 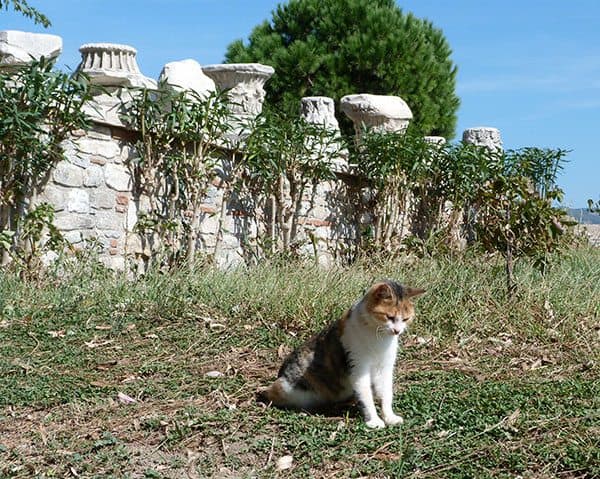 The little Basilica cat who was intently focused on something in the grass! 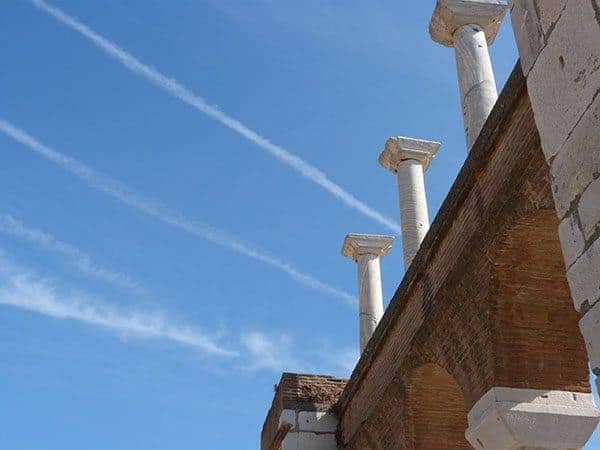 Then on our way back to the ship, we decided to pop into a leather outlet store. Capes, coats, cloaks, jackets, belts, handbags. And so so soft. I might have ended up with this one… 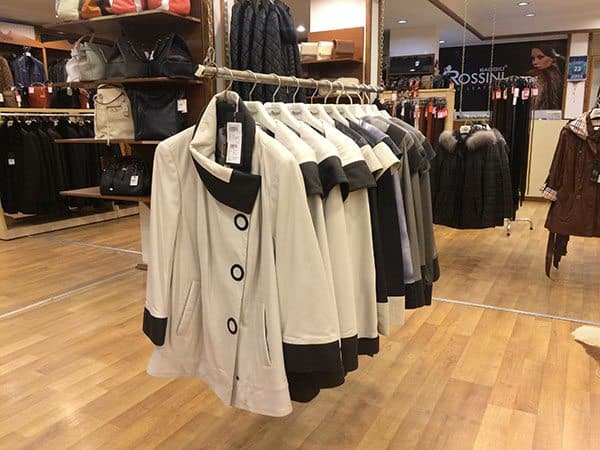 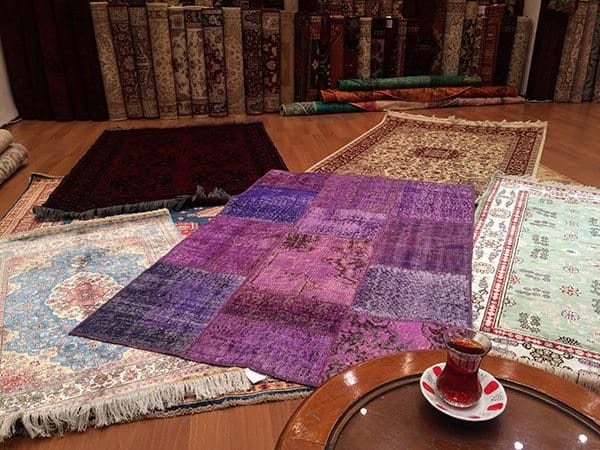 And our day would not have been complete without a rug “sell” from our driver’s brother. They’re not cheap, but the worksmanship is extraordinary. We drank his tea, but politely declined to buy.

Seeing your blog about Kusadasi and Ephesus reminds my travel there last 2015. A place that I wanted to revisit again. The Genuine Fake watch is absolutely funny when I saw it. Great article!